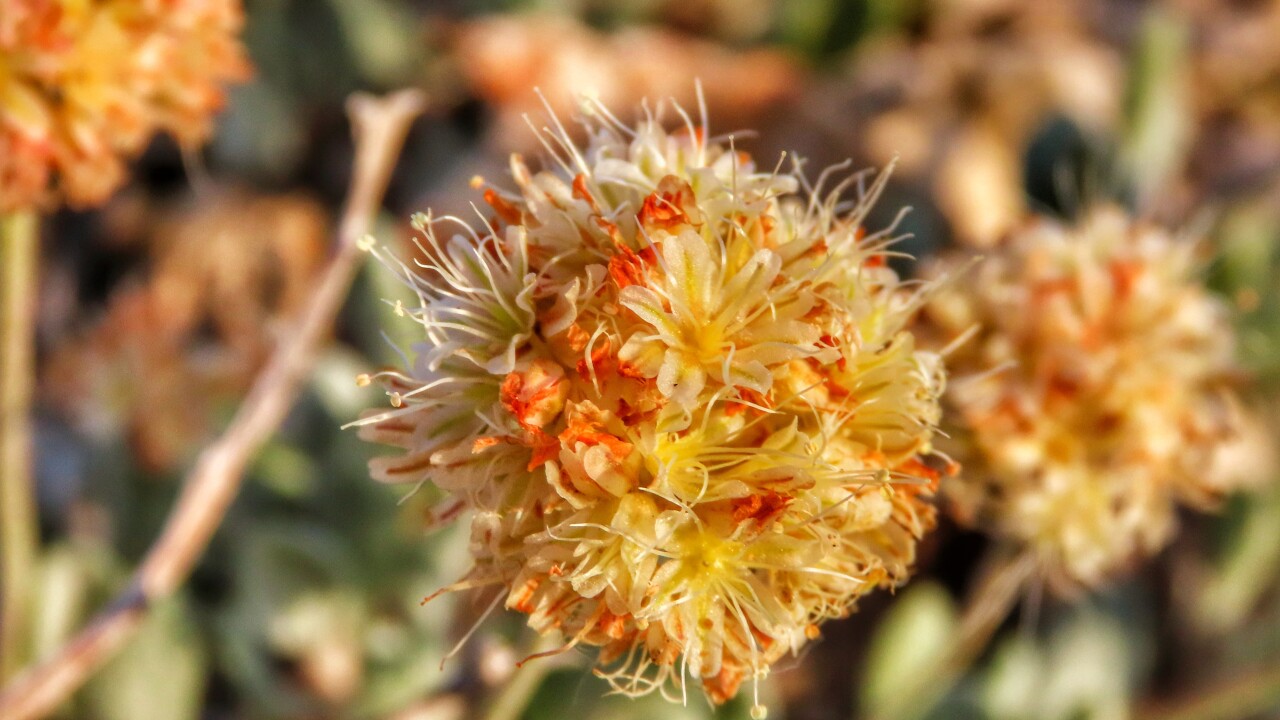 Conservationists discovered over the weekend that someone had dug up and destroyed more than 17,000 Tiehm’s buckwheat plants, a rare Nevada wildflower the U.S. Fish and Wildlife Service said this summer may warrant protection under the Endangered Species Act, according to the Center for Biological Diversity.

As much as 40% of the flower’s global population, which exists on just 21 acres in western Nevada, may have been destroyed, says the center.

A routine visit to the site by center staff revealed substantial impacts to all six subpopulations of the flower, with some subpopulations nearly wiped out. Plants were dug up or mangled with shovels, with taproots cut and most of the dead buckwheats hauled off-site.

Tiehm’s buckwheat has been the subject of recent controversy. An Australian mining company, Ioneer Corp., has proposed an open-pit lithium mine that would destroy the vast majority of Tiehm’s buckwheat’s habitat.

This spring Ioneer Corp.’s biological consulting firm placed a “missing” poster for the buckwheat at the general store in the nearby town of Dyer, offering a $5,000 reward to anyone who locates a new population of the rare flower.

After a whistleblower revealed mismanagement of the species by the Bureau of Land Management, the center submitted an emergency petition to protect the plant under the Endangered Species Act in 2019. In response the Fish and Wildlife Service said in July the plant’s protection “may be warranted” and initiated a year-long review.

After the initial discovery of the incident, a field survey conducted by Donnelly and Dr. Naomi Fraga, director of conservation at the California Botanic Garden, revealed approximately 40% mortality to the species across all subpopulations, due to removal or destruction.

In a letter sent on Tuesday to the Bureau, U.S. Fish and Wildlife Service, Nevada Division of Forestry and Ioneer Corp., Fraga and Donnelly made a series of recommendations to the agencies including: fencing the site, 24-hour security, immediate stabilization and rehabilitation of affected plants, and immediate termination of any monetary rewards, including Ioneer’s, for finding Tiehm’s buckwheat.

Plants can recover from extreme trauma such as that inflicted upon Tiehm’s buckwheat if given protection and potential assistance through plant care, propagation and transplanting.

The letter urges the agencies to immediately commence a protection and restoration program.