MGM Resorts have announced that they are increasing parking rates.

It has been less than one year since MGM began charging at its properties.

The changes effect both valet and self-parking.

The first hour will continue to be free for people who are visiting the property for something quick, such as picking up show tickets.

The length of time for the first self-parking charge will change from one-to-four hours to one-to-two hours at all properties.

RELATED: Where to park for free in Las Vegas

A new rate will also go into effect for guests who are staying for a slightly longer visit of two-to-four hours.

After that, guests will be charged the same if they stay more than 4 hours to 24 hours.

A spokesperson for the MGM says that they are adjusting the parking rates for a "variety of business-related reasons." They also said that the adjustments are based on market analysis that they have conducted since they implemented the paid parking program. 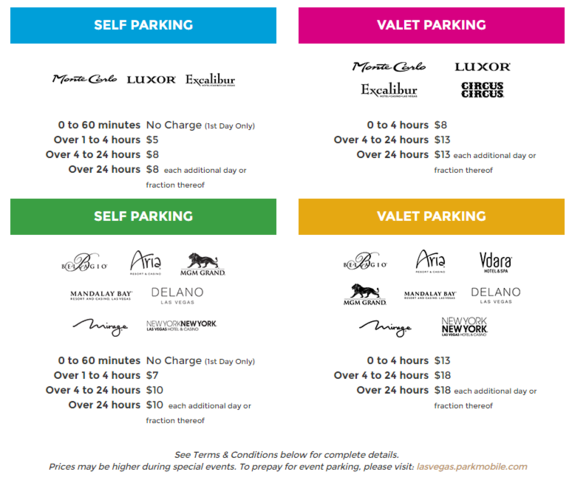