Parents spoke out during a public input meeting at Sig Rogich Middle School about possible plans to rezone some current middle school students to other schools. 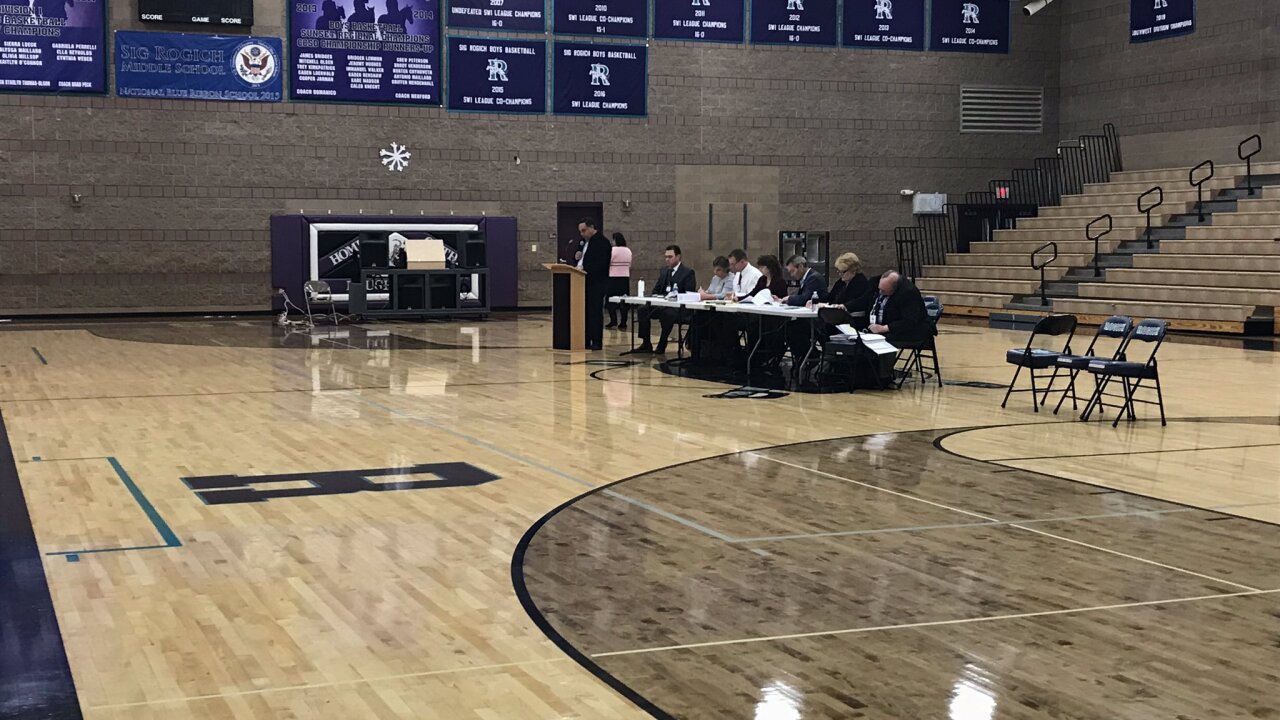 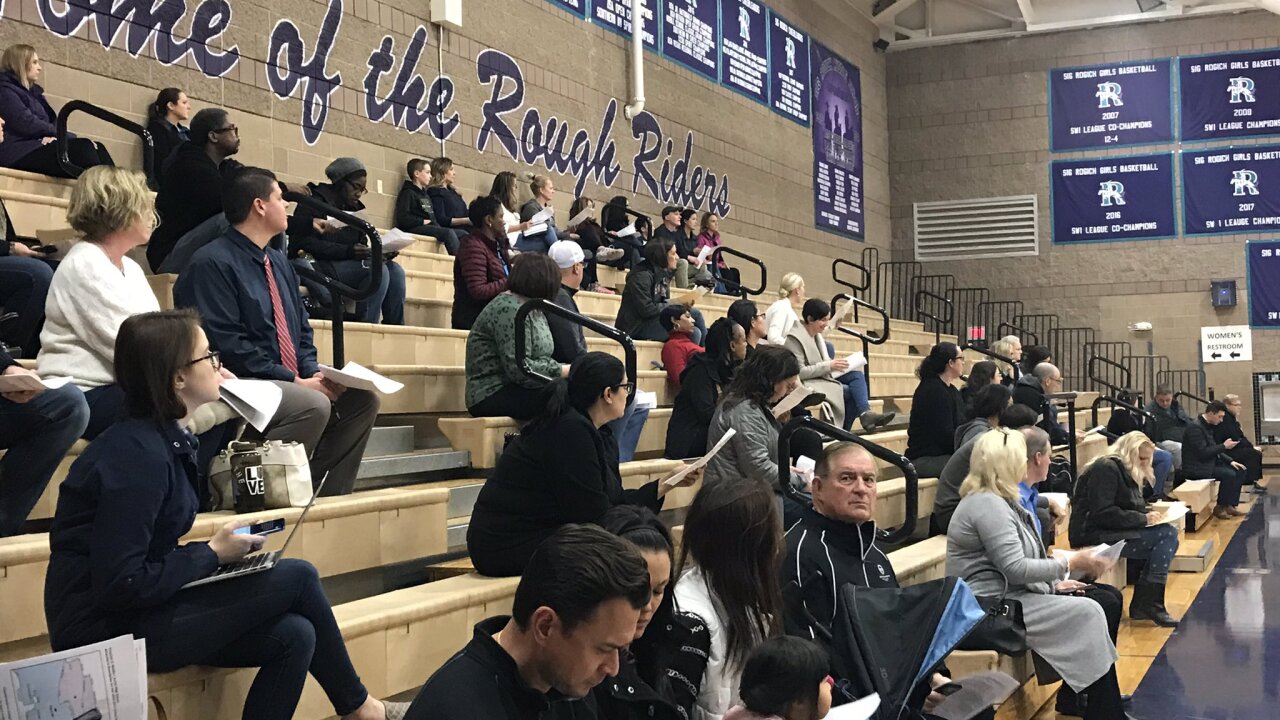 “This seems like a band aid, it seems like you don’t realize that Sig is overcrowded,” says one parent.

The proposed rezone, which would take effect next school year, would mean some students currently zoned for Sig Rogich would be rezoned for either Ernest Becker Middle or Johnson Junior High.

The district says the rezone would help ease enrollment in fast growing neighborhoods and to make use of available room at nearby schools.

Concerns of overcrowding was something that brought a few parents out to the meeting in support of the rezone.

“He’s tiny and he gets trampled on every day. He can’t even go from one period to the next and he gets there just in time because there’s no time for him to go to his locker,” said one mom, whose son attends Sig Rogich.

The district’s Attendance Zone Advisory Commission listened to each parent for the first of 4 input meetings on the topic.

INFO ABOUT OTHER MEETINGS

Chairman Albert Delgado says their vote will be based on what they believe is best for students county-wide.

“I can’t, as much as I would love to, address one particular community and their real estate, its is actually all of the students in the Clark County School District that we need to take a look at,” says Delgado.