LATEST: 13 Action News reached out to victims of the 1 October tragedy to get their thoughts on the new information released.

"Just going through it and seeing how much artillery he had..is wow," said Jose Arvilla.

"It's hard to move on with your life when you don't know exactly what happened," he said.

That gives some victims an uneasy feeling.

Arvilla did want to put the focus back on the people who lost their lives on that day and not the suspect.

"He's nothing but a coward," he said.

13 Action News asked the Sheriff why the Force Investigation Team, and not homicide, processed Paddock's hotel rooms.  The Sheriff stated the decision was appropriate since a SWAT officer discharged his weapon in one of the rooms.  He said he stood by the work of the FIT investigators.

EARLIER STORY: Las Vegas Sheriff Joe Lombardo with the Las Vegas Metropolitan Police Department announced during a press conference Friday that he "knows and believes" that the only person responsible for the mass shooting in Las Vegas was 64-year-old Stephen Paddock.

Lombardo said during the press conference that no charges are expected to be filed by Las Vegas police against his girlfriend, Marilou Danley. However, there is one person who is of "federal interest" and charges could be filed in relation to that person. No other information was revealed.

In addition, Lombardo said that the report will shed light on the planning of the attack, Paddock's research, and how he carried out the attack. The report will not include the motive though, according to Lombardo. He says that there was no suicide note or manifesto left behind by Paddock. However, the sheriff did indicate that a possible motive for the shooting could be a loss of "significant amount of wealth" prior to the mass shooting.

According to Lombardo, Paddock had limited law enforcement contact and no criminal history prior to the mass shooting. The sheriff said that every facet of Paddock's life was explored during the preliminary investigation but there is still more work to be done.

The sheriff assured everyone during the press conference that the police department would learn from the incident and do everything in their power to make sure nothing like this ever happens again in Las Vegas. 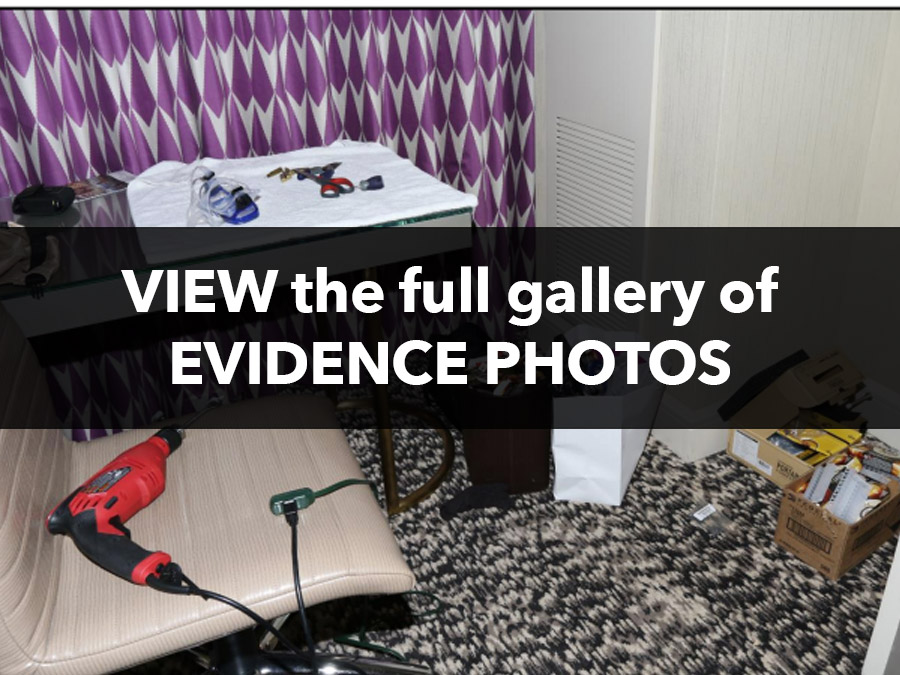 Other items of interest in the report:

LIST: Guns and other evidence found in Paddock's rooms and homes