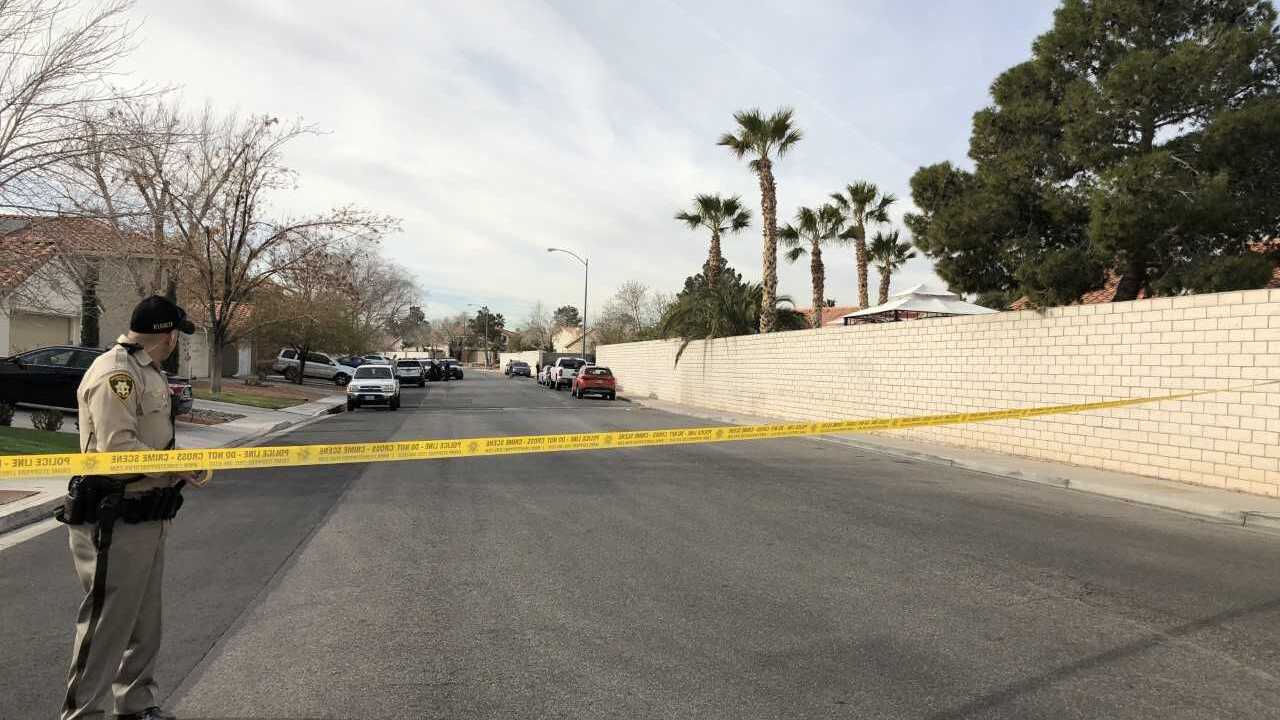 UPDATE FEB. 27: The Clark County coroner has identified the child as 2-year-old Martin Velazquez of Las Vegas. He was pronounced deceased on Feb. 25. His mother is accused of killing the child.

UPDATE FEB. 26: 21-year-old Cristina Moya is accused of killing her 2-year-old son, according to Las Vegas police. Moya remains in the hospital after being transported there on Feb. 25.

UPDATE FEB. 25 11 P.M.: Las Vegas police are investigating after they say a mother stabbed her child to death at a home near Pebble Drive and Pollock Road.

Lt. Ray Spencer is one of the veteran homicide detectives searching for a motive. Detectives have been speaking with the suspect's relatives as part of the investigation.

"Since having the child, she has been very depressed," said Lt. Spencer.

"There is a severe need for attention and treatment for women with perinatal mental health issues," said Carly Kramer.

13 Action News spoke with Kramer and another licensed therapist, Jillian Wendelin, in the aftermath of this tragedy.

The duo has counseled women for years about all of the issues that come before, during and after pregnancy.

For Wendelin, it started with a traumatic birth.

"I would look at the baby and think of my birth; I would have nightmares," she said.

But Kramer says hurting your child would be postpartum psychosis.

"It is very different than postpartum depression," she said.

According to Postpartum Support International, it occurs in approximately one to two out of every 1,000 deliveries.

Symptoms can include delusions and hyperactivity.

For more information, you can visit the website of Postpartum Support International here.

Police continue to investigate this incident.

UPDATE 10:45 A.M. Las Vegas police say a 21-year-old mother allegedly stabbed her 2-year-old son to death and then stabbed herself in an apparent murder-suicide attempt.

The child was found dead when officers arrived at the scene, the mother was conscious and was transported to Sunrise Hospital in serious condition.

A cousin who lives with the mother told police that she has "not been herself" since giving birth.

These findings are preliminary and authorities say this is an ongoing investigation. The Clark County coroner will identify the child after proper notification has been made.

#UPDATE: Police say the victim is a 2 Y/O boy. It appears the boy’s mother suffered from apparent self-inflicted stab wounds. The 2 Y/O was found with apparent stab wounds as well. Family says mom was “depressed and not herself lately” @KTNV pic.twitter.com/gcT2MEoSHu

#UPDATE: Police say the mom is 21-years-old. She was taken to a local hospital. The woman is in serious condition. If she survives, police say she will face open murder charges. This is a homicide investigation. @KTNV

ORIGINAL STORY
LAS VEGAS (KTNV) - A 2-year-old is dead and a woman has been transported to the hospital after Las Vegas police say there was a possible murder-suicide attempt this morning in the south part of the valley.

This happened on Feb. 25 just before 7:55 a.m. near Pebble Drive and Pollock Road.

#BREAKING Las Vegas police say a 2-year-old is dead and a woman was transported to the hospital after an apparent murder-suicide in the south part of the valley.

We just got to the scene. Waiting to learn more @KTNV pic.twitter.com/zmZ36fGt4i

Police say they were asked to conduct a welfare check on a possible suicidal person at a home in the area. When officers arrived they discovered a deceased 2-year-old and a woman suffering from apparent injuries.

The woman was transported to the hospital.

This is a developing story, stay tuned for updates.

Police say it happened in the 8600 block of Manalang road near Bermuda & Windmill just before 8a.m. - this is an ongoing investigation. @KTNV pic.twitter.com/yLPiYE95GR