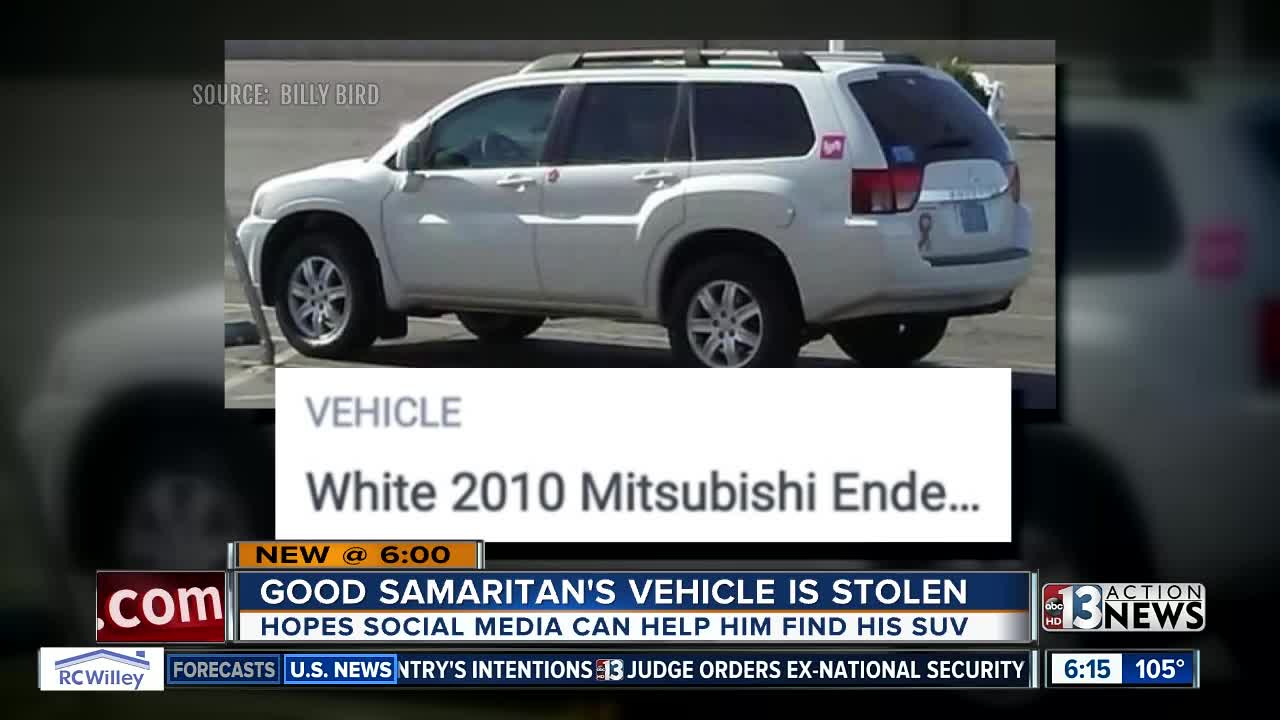 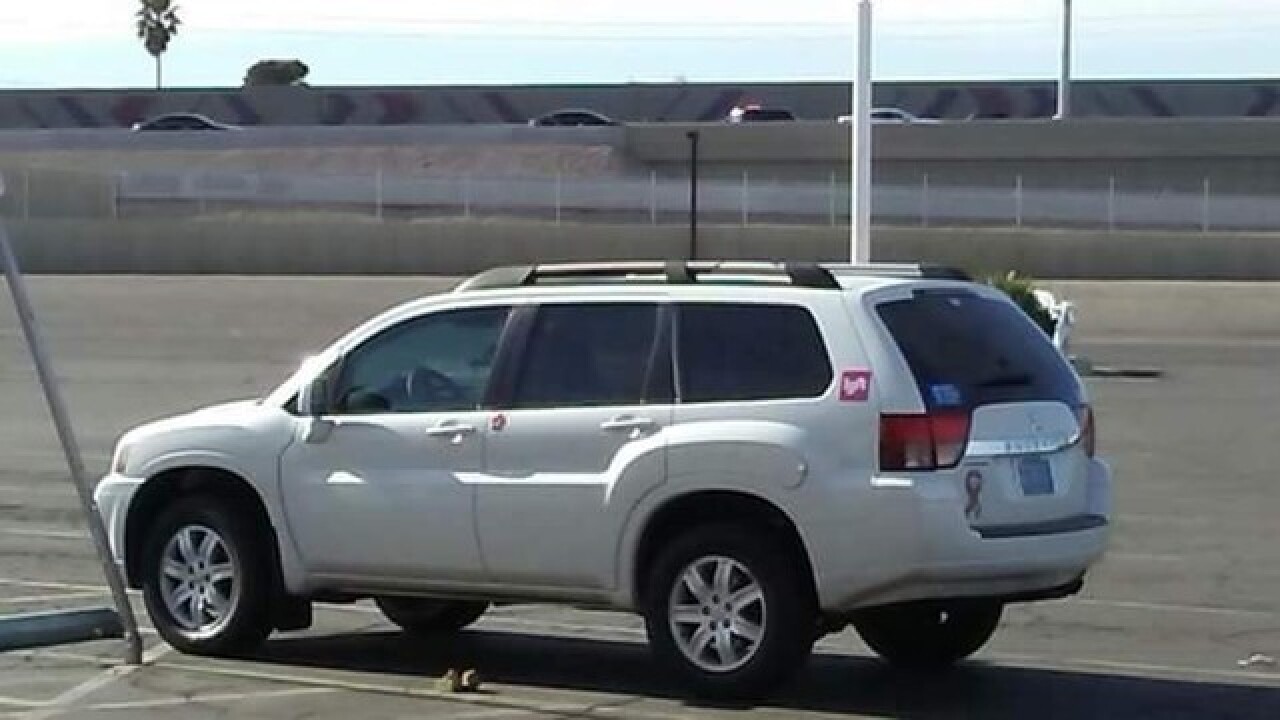 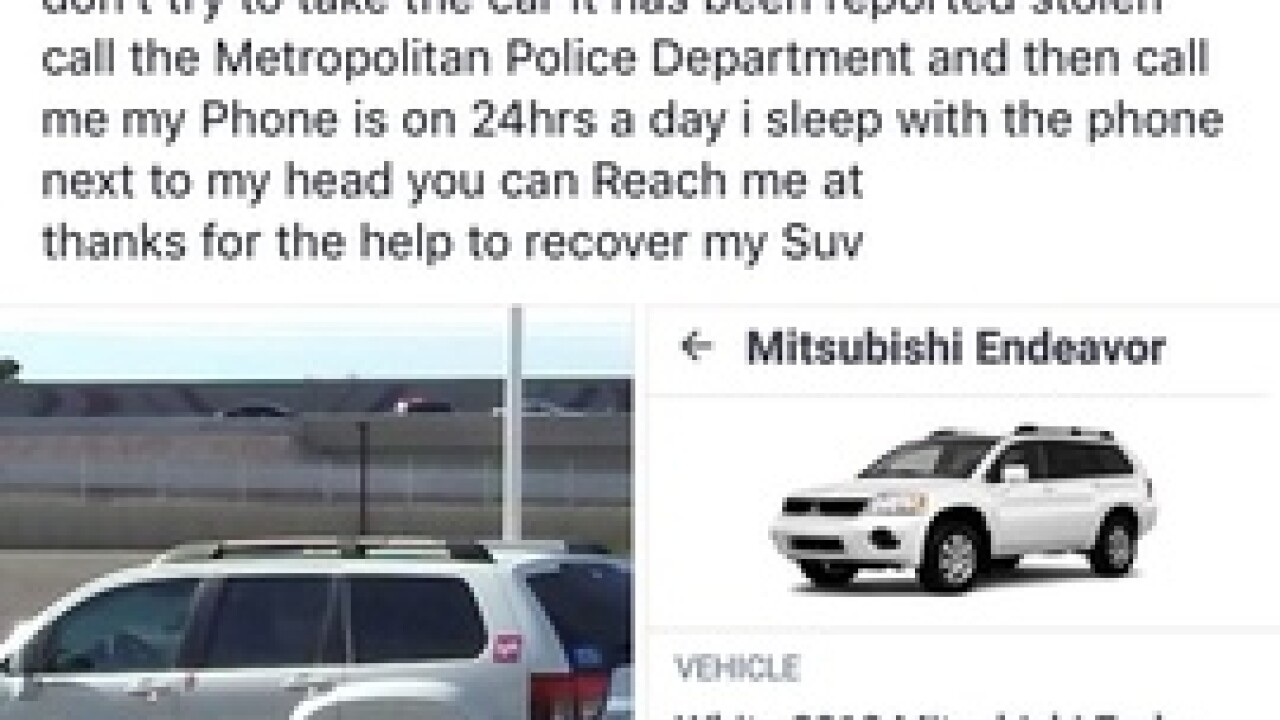 He became an internet celebrity of sorts after he selflessly returned a wallet just days before Christmas to a Las Vegas family. Now Billy Bird says the very same vehicle used for his good deed has been stolen.

Bird says his 2010 white Mitsubishi Endeavor was taken after he was performing another good deed by lending it to a friend last week.

"She passed away about two years ago and it was the only thing I had of her," said Bird.

Bird says the vehicle belonged to his mother, Gail Brown, and he inherited after she died.

He named the vehicle Lola and Bird says the only picture of his mother is was inside the vehicle.

"Every time I get into the car, I felt good," said Bird. "I felt like she was around me and now I don't have it," added Bird.

Bird reported the theft to Las Vegas Police and said a Detective is investigating.

In the mean time, Bird has posted about his stolen vehicle on Facebook in hopes someone will be able to spot it and report it to police.

"I'm just really devastated and pretty much depressed about the whole thing. I think about the car constantly," said Bird.

Bird says it was last spotted at the Fashion Show Mall. If spotted, do not approach and report to Las Vegas Police.