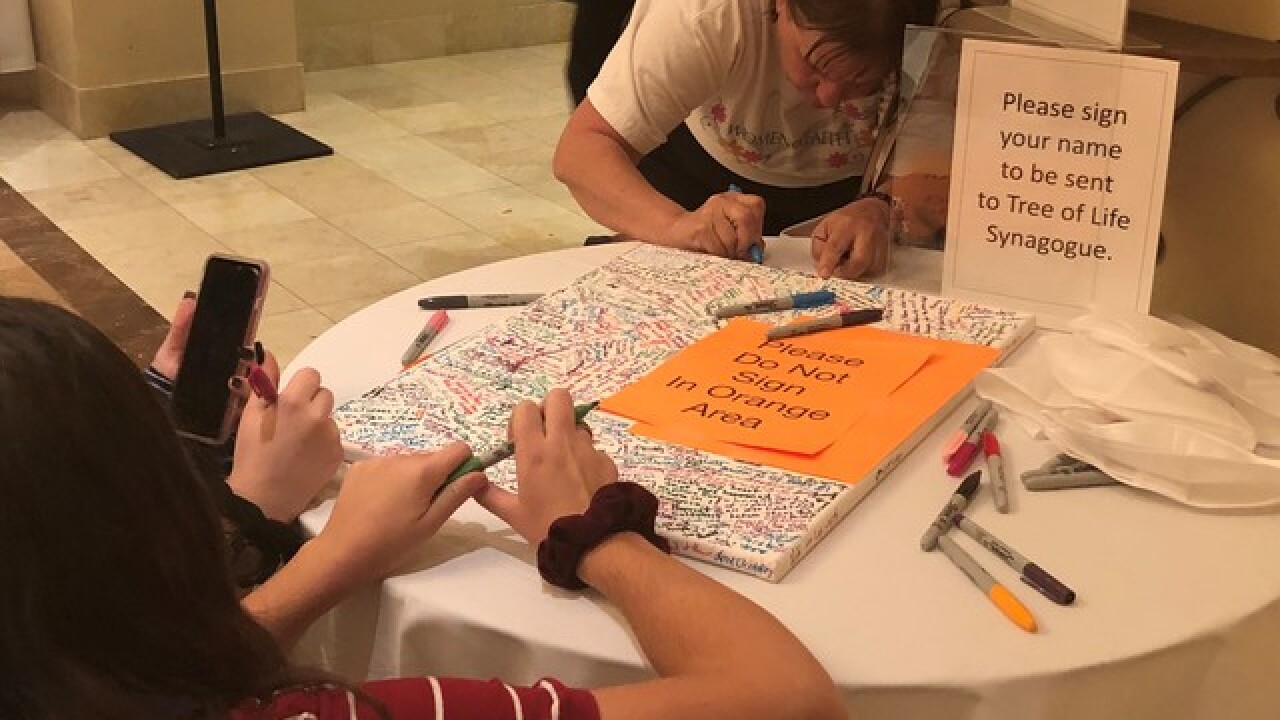 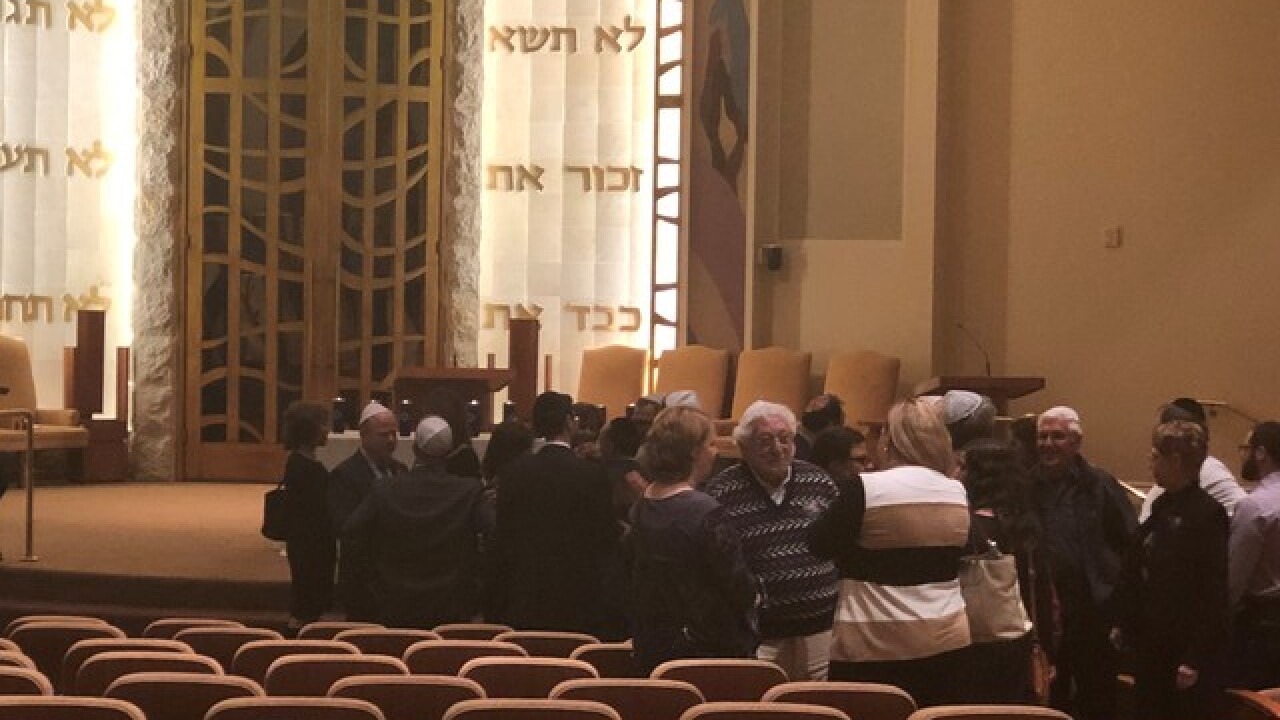 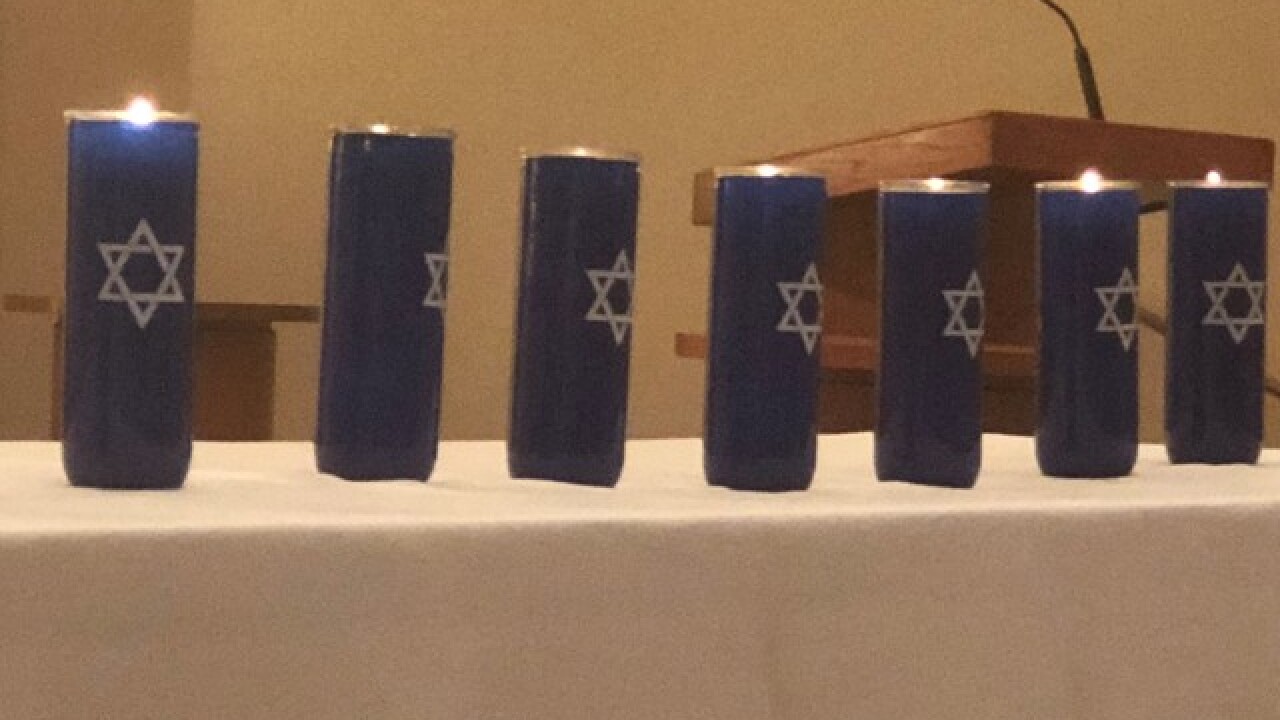 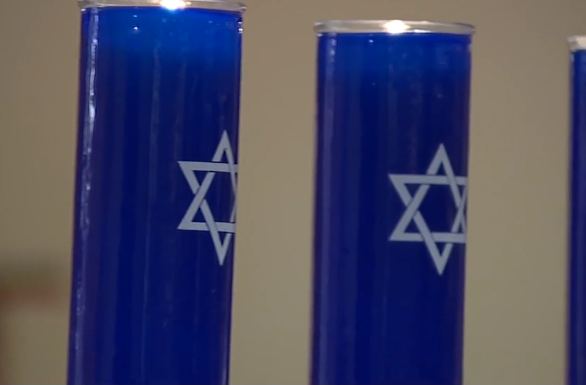 If there was any question about the strength of Las Vegas' Jewish community; the crowd packed into the Temple Beth Sholom was the answer.

People of all faiths came together to pray for the innocent people killed and injured at the Tree of Life Synagogue in Pittsburgh.

"Tonight we all stand together to denounce hate and be a voice for hope," said Jolie Brislin, Nevada Regional Director of the Anti-Defamation League.

Eleven candles were lit, one for each of the victims, as faith leaders from around Southern Nevada shared details about each of the lives cut short when a gunman opened fire during a worship service on Saturday.

"They're not here," said Michelle Perlmutter. "And it's sad. And we need to speak out for them. And stand up and pray for everyone."

Rabbi Felipe Goodman of Temple Beth Sholom said the prayer service was necessary for the community to heal and to send a message.

"After Saturday we've all been walking around completely numb," Goodman said. "And I think it's important for us to find each other, And embrace one another. And cry with one another. Because these things should not become normal."

While there is still shock, there is little surprise. The ADL reports anti-Semitism has been on the rise.

"In the past nine days we have had five notable incidents reported to the ADL," said Brislin. "We have a boy who dressed up as Hitler in Boulder City. Jewish conspiracy fliers put around synagogues. We had a swastika on the dorm room of a UNLV student."

Cantor Philip Goldstein of Congregation Shirat Shalom said people have to be held accountable for the toxic rhetoric in politics and other social discourse.

"This really is something that shouldn't have happened to anyone anywhere," said Goldstein. "But it just goes to show you the importance and what it is we really need to control. And that's our words."