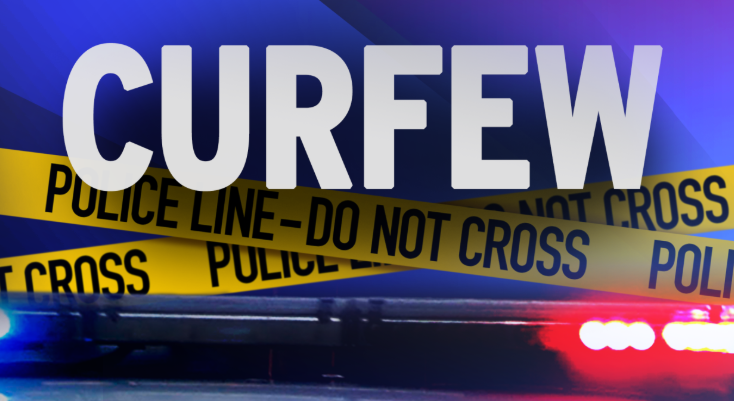 Las Vegas city councilman Stavros Anthony is calling for a curfew and more after a Las Vegas police officer was shot on Monday night.

The Las Vegas Metropolitan Police Department officer was shot shortly after 11 p.m. during an encounter with protesters. Although an arrest has been made, no other information about the alleged shooter has been released.

Several community leaders and others are calling for a curfew similar to the ones that have been put in place in other cities across the nation.

Stavros, who is a also a retired police captain, is also demanding that the prison in Jean be used as a holding facility for all violent rioters. Additionally, he says the rioters need to be shipped back to the “state they came from."

Las Vegas Mayor Carolyn Goodman says she is withholding detailed comment about the incidents, according to her Twitter account. Goodman also says that the incidents have not diminished her belief in the "spirit of harmony and oneness."

Monday night's shooting of the LVMPD police officer was not the only violent incident.

Las Vegas police also shot and killed an armed man near the Foley Federal Building in downtown Las Vegas, which was also overran by protesters on Monday night. Police say the man who was shot was armed and was wearing body armor.

Curfews have been put in place in several larger cities around the nation in an effort to control the nightly protests since the death of a Minnesota man named George Floyd.

On Monday, President Trump "strongly recommended” to all governors that they “deploy the national guard in sufficient numbers that we dominate the streets,” before implying that the role of the guard would be to serve in a law enforcement capacity “until the violence has quelled.” After President Trump's speech on national television, Gov. Steve Sisolak released a statement saying he did not feel it was necessary for the state of Nevada.

Sisolak also released the following statement early Tuesday afternoon. Sisolak says that "creating a state where justice and peace exist together" is a goal.

“Last night there were two officer involved shootings in Las Vegas. I know this is a difficult day for Nevada. And it’s during these trying times we must remind ourselves that creating a state where justice and peace exist together in partnership, not as a binary choice, is the goal we must all work toward. I am committed to doing all I can.

I am praying for the LVMPD officer who was senselessly shot last night - there is no place for this behavior in Nevada. I am praying for all of the communities across Nevada who are experiencing grief and pain right now. Violence has no place in our communities and we must all work toward peaceful solutions together. As your Governor, I am committed to listening, heeding calls to action, and healing.”