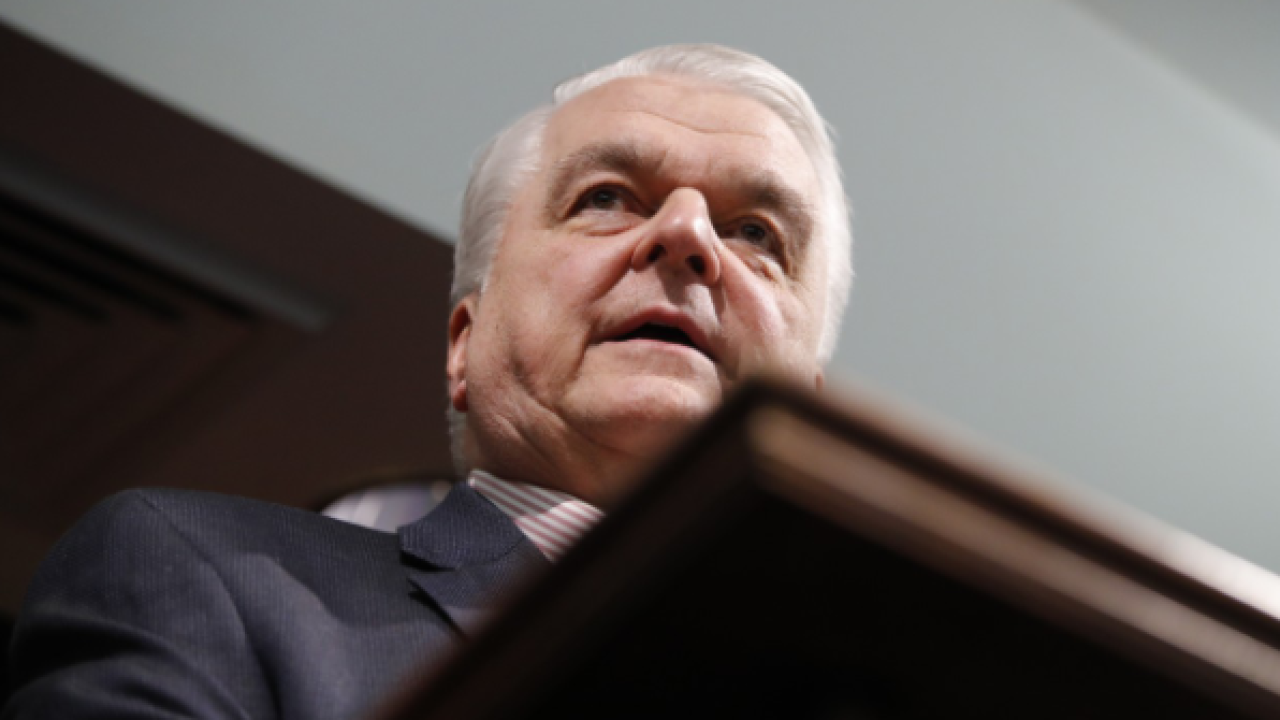 LAS VEGAS (KTNV) — Today, President Trump "strongly recommended” to all governors that they “deploy the national guard in sufficient numbers that we dominate the streets,” before implying that the role of the guard would be to serve in a law enforcement capacity “until the violence has quelled.”

He also suggested he may invoke the Insurrection Act of 1807 to deploy the U.S. Military into the various states.

RELATED: Trump to governors: Deploy the National Guard or I will to quell 'lawlessness'

"The President’s statement today demands that I speak out. I have already denounced violence and destruction of property. I do so again here. But I also want to acknowledge the peaceful protesters whose voices reflect the degree to which many Americans are justifiably frustrated and angry at the senseless murder of George Floyd, the improper use of force, systemic racism, and the rampant injustices Black Americans face. At this critical time, all Americans, especially our leaders, should be sending a message of compassion and taking the time to listen. Unfortunately, the President has once again taken the path of inciting combativeness, stoking racial tensions, and creating division when we need unity more than ever. "

"When it comes to the role of the Nevada National Guard, I want to be clear to all Nevadans: The Guard are our neighbors, family members, and friends. They help in our time of need – from responding to wildfires, to most recently playing a critical role in our statewide response to the COVID-19 public health crisis by administering, collecting, and processing COVID-19 tests at the significant risk of their own personal health. Similarly, in recent days and at the request of local leaders, two Guard units have been activated and are currently on standby to assist in preserving public safety as well as the ability of individuals to exercise their rights to peacefully demonstrate."

"To suggest that the authorities in Nevada— local law enforcement, the National Guard —are unable, have failed, or refuse to secure and protect the residents of the State of Nevada and their rights, privileges, and immunities, is misinformed. As the Commander In Chief of the Nevada National Guard I can state, categorically, that they have done their duty to protect all Nevadans, and will continue to do so."