Trump to governors: Deploy the National Guard or I will to quell 'lawlessness' 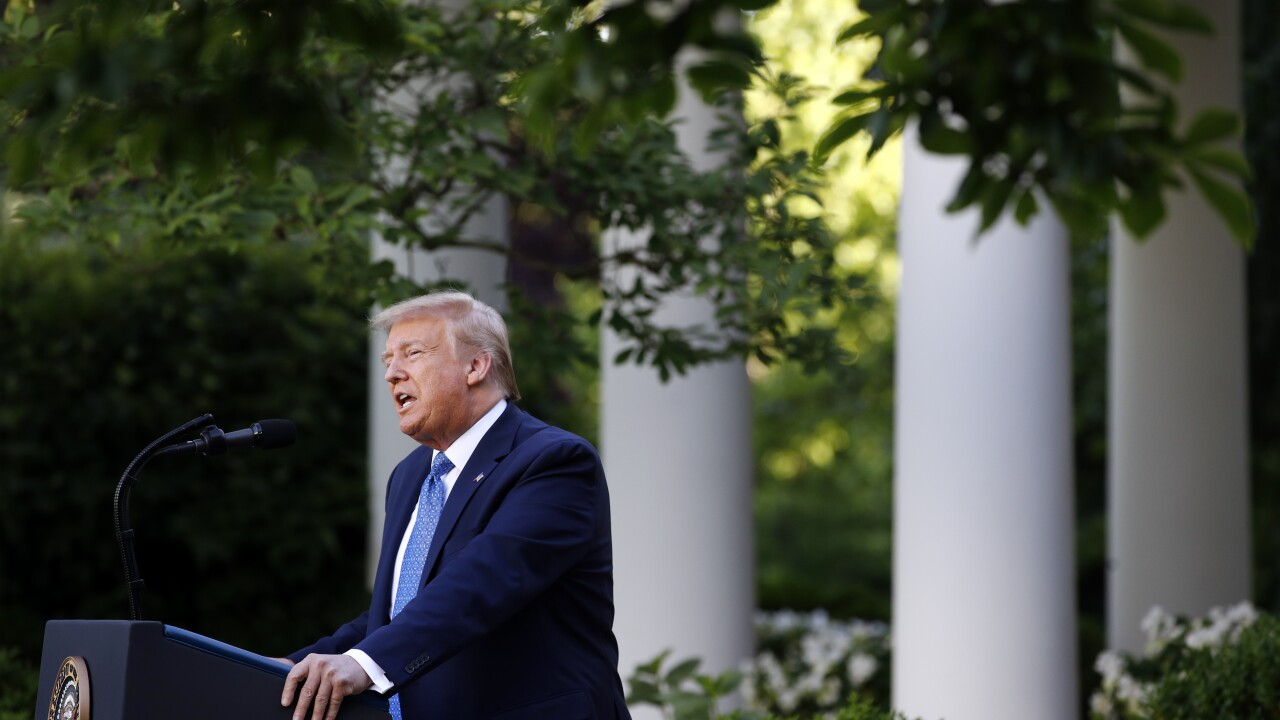 As the sounds of flashbangs could be heard in the background in the White House Rose Garden, President Donald Trump called on all 50 states to dispatch the National Guard in response to protesters across the US.

Trump said if states refuse to do so, that he would do it for them.

"If a city or state refuses to take the actions necessary to defend the life and property of the residents, I will deploy the united states military, and quickly solve the problem for them," Trump said.

As Trump delivered his address, police and US troops charged and fired dispersant on nonviolent protesters outside of the White House.

Trump said that he will deploy “thousands” of additional troops to Washington DC.

"We cannot allow the righteous to be drowned out by an angry mob," Trump said. The biggest victims of the writing are peace loving citizens in our poorest community and as their president I will fight to keep them safe. -- of the rioting. I will fight to protect you."

It's unclear how Trump can force states to implement the Insurrection Act of 1807. The Posse Comitatus Act limits the president from using the military for domestic purposes.

The crowd was dispersed not because of violence, but instead to move protesters out of the way so Trump could leave the White House to "pay his respects" to a nearby church.