The extreme heat warning doesn’t stop students across Las Vegas from enjoying their recess. That's especially true for kiddos at the Mater Academy of Nevada. 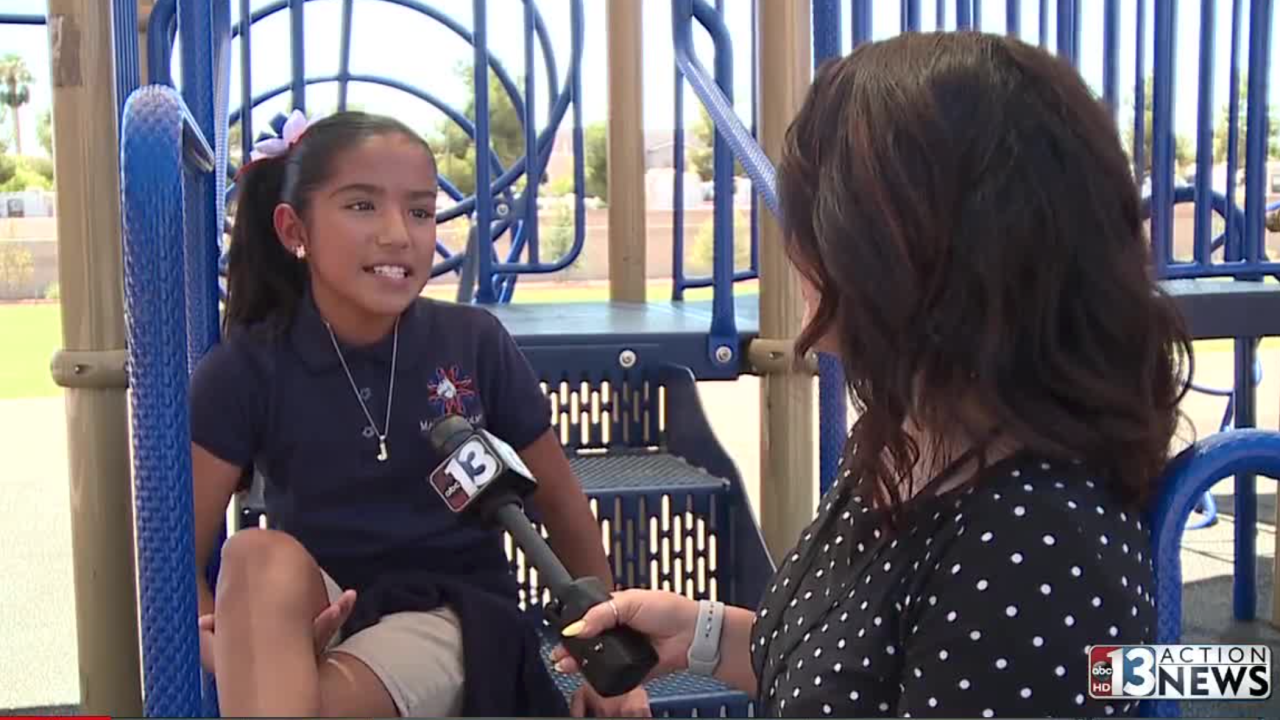 That's especially true for kiddos at the Mater Academy of Nevada.

Teachers and coaches are asked to be extra vigilant to spot those who may struggle with the heat.

On most days, Jazlyn Gomez runs around the playground with her friends, but on Wednesday the nearly 110-degree weather made her think again. Instead, she stayed inside.

"I just feel it's super hot to be running around," Gomez says.

She tells 13 Action News she is thrilled to be in the 5th grade but would much rather read her books than being outside when it's hot and dry.

"When I read it's super super cool," Gomez says.

She admits the Las Vegas triple-digit weather can be brutal and exhausting on a kid.

"We sweat a lot and we have to like get paper towels dry ourselves," Gomez says.

While most of her classmates chase a soccer ball or play basketball, she reminds herself to drink plenty of water.

"I think when people don't drink enough water, maybe they pass out?"

She’s right! Since prolonged exposure to heat can result in negative health consequences, Mater Academy gives students the option to hang out in the cafeteria where it’s much cooler.

RELATED: Knowing the difference between heat exhaustion and heat stroke

"Anytime it gets around 100 degrees we keep our eye on what's going on,” says assistant principal Richard Santigate.

Santigate tells 13 Action News Mater Academy relies on a health and wellness team that decides what approach to take during extremely hot days.

This week the valley is under an extreme heat warning until Friday.

"Today's [about] 110, that's definitely a concern for us," Santigate says.

He admits it can be difficult for some of his younger students to grasp the seriousness of staying hydrated. Three days into the new academic year, his staff is often reminding them what it looks like to be dehydrated.

"If your face is red, if you look pale, if you're sweating a lot, those are the kind of things we focus on, " Santigate says.

On Wednesday, coaches received a memo to remind them to "take it easy" during tryouts.

"Our coaches know that students shouldn't be participating in any activity more than 10-15 minutes without a shade break and a water break."

As more hot days are expected in the forecast, Jazlyn says she'll continue to play in the shade or sit in the cafeteria.

"I carry a lot of water," Gomez says.