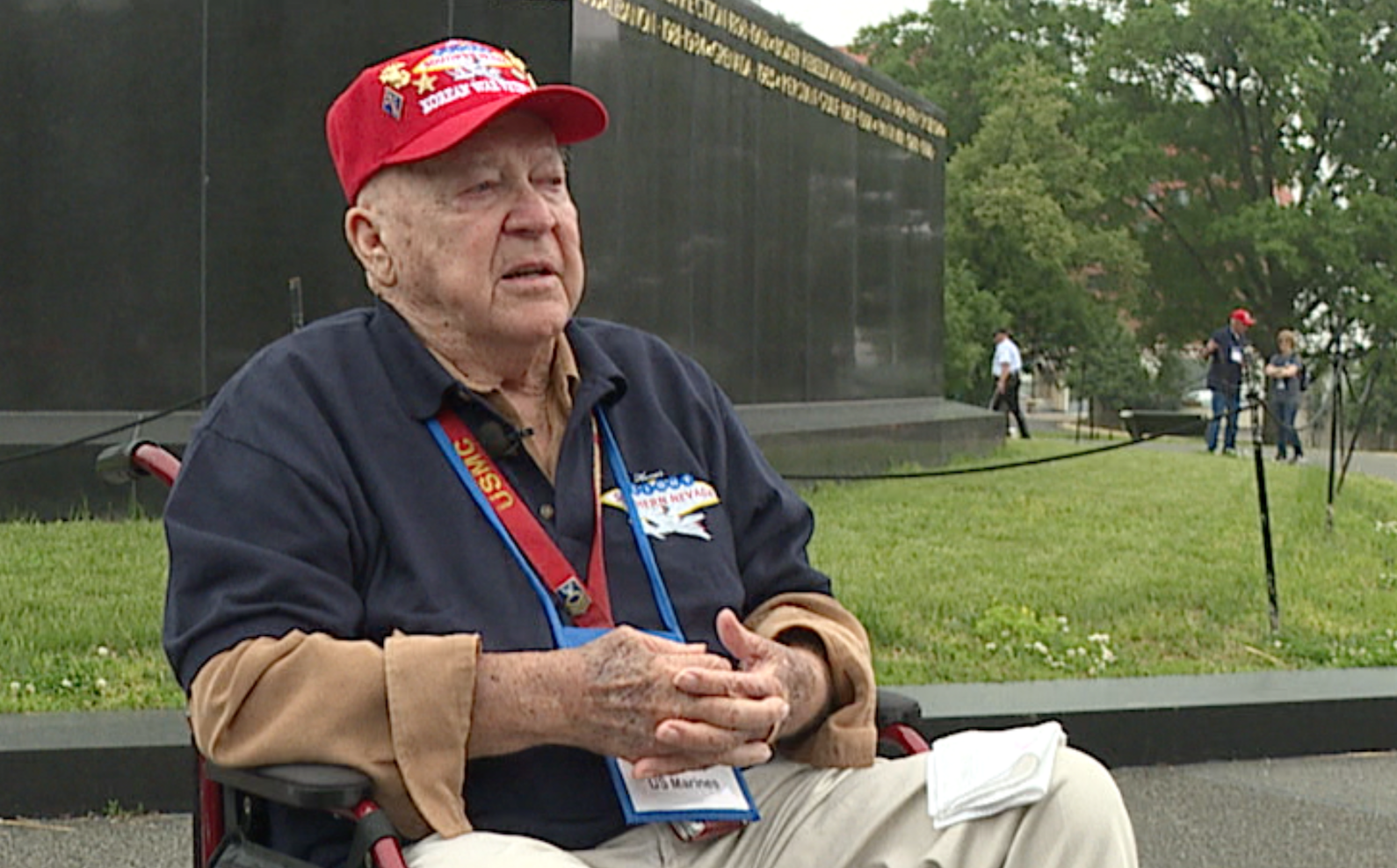 He says he hides his pain with a smile.

One of the memorials they stopped at was Iwo Jima, which is dedicated to the Marines and for one Marine and Korean War veteran on the trip, Dave Heine, this stop hit close to home.

Not only did his uncle fight at Iwo Jima, but the memorial brought out hard memories from his service.

His nickname is "Dancing Dave," and he's usually laughing or joking around, but his laughter turned to tears at Iwo Jima.

He said his light-hearted personality is a facade to hide his pain.

"Certain times that it happens and that's when you feel it. It's flashbacks," Heine said.