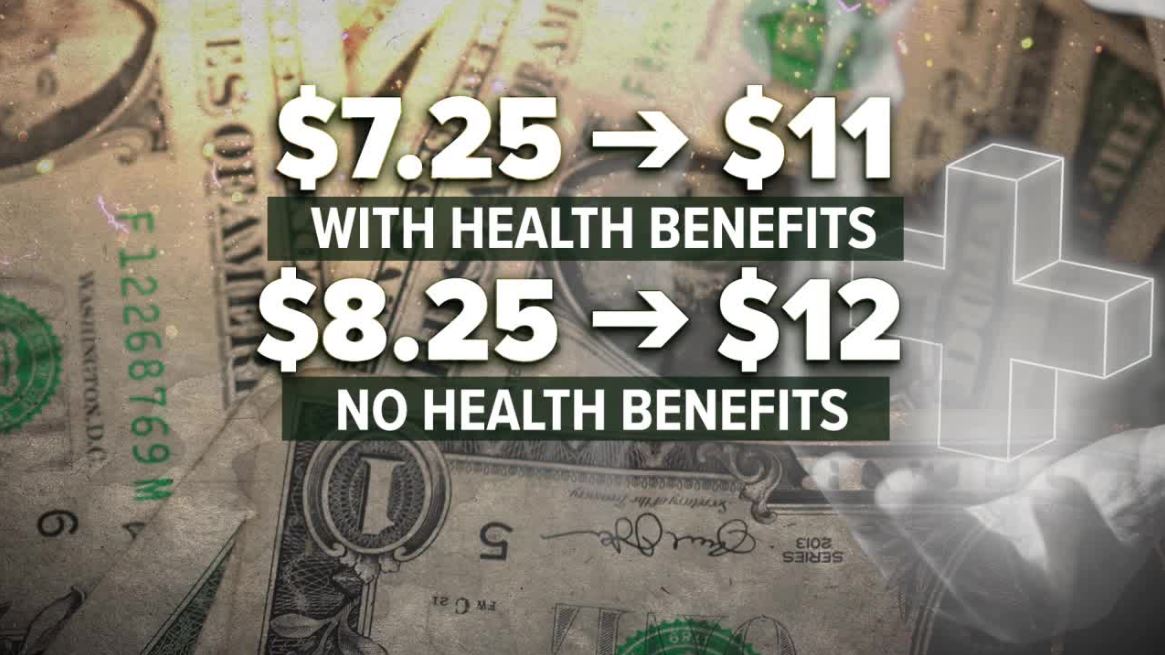 Governor Steve Sisolak signed a bill that increases the state's minimum wage into law on Wednesday, represents the first significant change to Nevada’s minimum wage in over a decade. Cinthia Maldonado reports.

Beginning on July 1, 2020, workers with health benefits who currently make $7.25 an hour will increase 75 cents every year until it hits $11 an hour.

Workers without benefits who currently make $8.25 an hour will have their rates also go up by 75 cents per year until they hit $12 an hour.

While some businesses are worried a minimum wage increase may affect their bottom line, Lucy Schewe, an employee at Jogasaki Sushi Burrito, is happy about it.

"[It] is helpful for people like me who um, who just work really hard and earn a good living," says Schewe. She started her job at the restaurant last month earning $9 an hour.

Her boss, Roland Paz told 13 Action News that he has been ahead of the new law for a while.

He pays his employees above minimum wage to keep workers around with a competitive wage.

"I’ve been paying that wage since day one, since we founded," said Paz.

Paz also says he's paid above the required minimum wage because Las Vegas is growing and there's a lot of competition.

"We've always been what's considered to be an elevated pay wage," said Paz.

Paz also wants to remind people to always tip if the service was good.

"It's a vital asset. It's a perk here and it's something they definitely they look forward to."