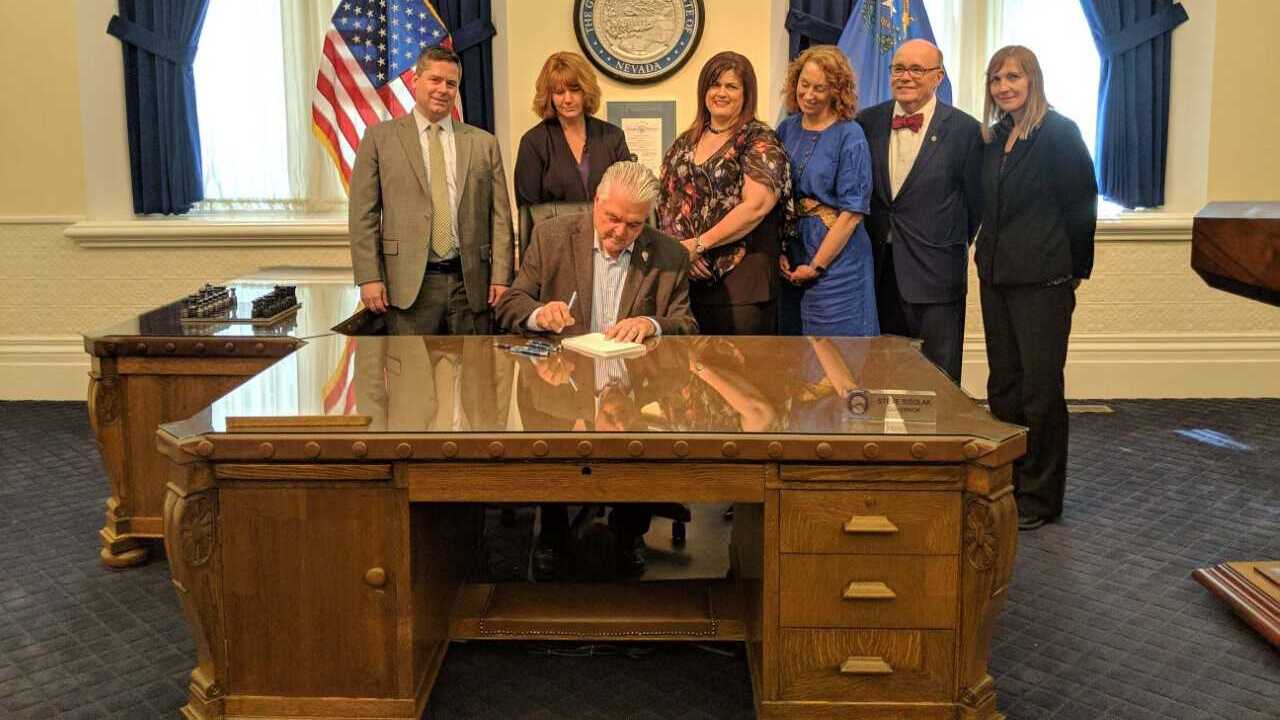 Earlier this year, Gov. Sisolak appointed a seven-member advisory panel on the formation of the Cannabis Compliance Board, under Executive Order 2019-03. AB 533 is a reflection of the advisory panel’s work over the course of the 2019 legislative session.

The board will consist of five members appointed by the governor and will be modeled after the Nevada Gaming Control Board, which oversees Nevada’s gaming industry.

It will be a comprehensive regulatory board that will include expertise in a range of fields, including financial and accounting, law enforcement, medicine, regulatory and legal compliance, and cannabis, generally.

In the coming weeks, the governor will begin the appointment process for the five members of the board. A prerequisite to appointment is that potential members be devoid of financial or other conflicting interests, which may affect the impartiality of an individual’s service as a regulator.

AB 533 also establishes a Cannabis Advisory Commission, to which the governor will appoint experts in direct and marijuana-related fields.

These individuals will consider a number of outstanding issues regarding cannabis, including inclusion, addiction prevention, training programs, consumption, dram shop laws, and other important questions.

Advisory Commission members, as part of an advisory board, will be able to share their expertise even as members of advocacy groups and companies operating in the cannabis economy. Their recommendations will not bind the Cannabis Compliance Board, but will inform it and its decision making.

Also this session, Gov. Sisolak proposed an amendment to Senate Bill 32, which he signed into law last month, that increases transparency in the marijuana licensing process by subjecting certain information about license applicants, as well as the methods used to issue licenses, to public disclosure.

That information is now available to the public on the Department of Taxation’s website.

AB 132 makes Nevada the first state to ban employers from refusing to hire job applicants who test positive for marijuana during the hiring process, with exceptions for certain professions, such as public safety and transportation.

AB 192 provides for a process by which individuals may petition to have their criminal records sealed if their conviction was for an offense that has later been decriminalized, such as a marijuana conviction.