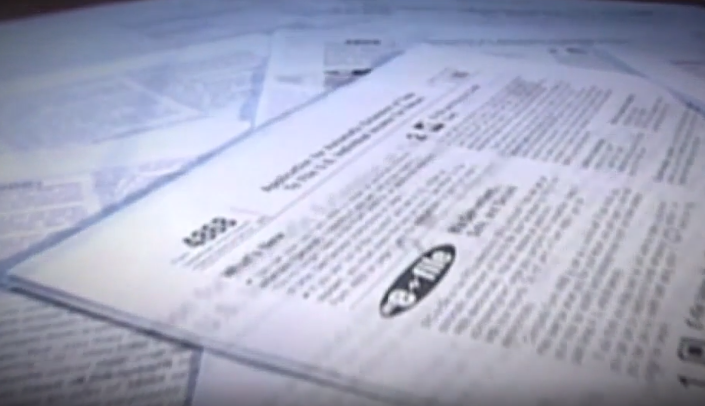 Most American adults (59%) live paycheck to paycheck. That's according to a new survey conducted by Charles Schwab. That same survey found nearly half of adults have credit card debt and have trouble making payments and only 38% of people say they have an emergency fund.

LAS VEGAS (KTNV) — Most American adults (59%) live paycheck to paycheck. That's according to a new survey conducted by Charles Schwab. That same survey found nearly half of adults have credit card debt and have trouble making payments and only 38% of people say they have an emergency fund.

For years, Edna Nyang lived like the majority of Americans, making just enough money to pay her bills, but not enough to stash any away in savings.

"I would get paid. I would spend most of it and then put some in savings, but then the next payday my balance was close to zero," said Nyang, a Las Vegas speech therapist.

But after the birth of her daughter, Nyang says living paycheck to paycheck quickly turned into debilitating debt.

"Once you added all of my expenses, out of what I was bringing in, I was short by over $1000 a month. So, I was losing sleep at night and my mindset was changing so all I was thinking about was money," said Nyang.

Instead of facing her finances head on, Nyang says she spent years in debt denial.

"It was easier for me to just pretend it wasn’t there. I know it sounds ridiculous, but I just felt like I owed this amount of debt, but I’m only going to focus on this and this," said Nyang.

Saundra Davis, a financial coach, says millions of Americans make the same money mistakes, and they stem from lessons that should be learned early in life.

"There are four things you can do with money. We can save it, we can spend it, we can invest it, or we can share it. If you start out with small savings when you’re young, you really do put yourself in great position for when you are older to be able to live the kind of life that you want to in your elder years," said Davis.

But, Davis warns it won't be easy. The rising costs of medical care and college, while wages stay mostly stagnant, are making it harder than ever for Americans to save money.

"You can make more, spend less, or a combination of the two. There’s no magic," said Davis.

In order to turn around your financial future, Davis says first, you have to face it head on.

"It is better to know than not know. So, even if it seems daunting, even if it seems challenging, get a grip on where you are right now. If you need someone to do that with you, find that person, someone you can trust, someone who’s not going to judge you, but will be there with you as you figure that out," suggested Davis.

Then, Davis says you should start to separate what she calls living vs. lifestyle expenses.

RELATED: Good with Money: How to prepare for a big purchase

"What is a want for you and what is a need for you and you get to decide what that looks like without any shaming, blaming, or me beating you over the head about you buying your daily cup of coffee," said Davis.

Davis says cutting out some lifestyle expenses will allow you to start to save for when you need that money most.

After battling debt for decades, Ednya Nyang says it was her daughter that inspired her to turn her life around.

Nyang says she finally became debt free in 2016, and is no longer living paycheck to paycheck thanks to her long term financial plan.
You can come up with a plan for yourself, and there are free resources to help.

SaverLife Nevada, a free program from nonprofit EARN, can help you kick start your savings. The program will connect you with a financial coach who will provide weekly saving tips. Plus, for every month you save $20, SaverLife will match your savings with $10, up to $60. For more information, click this link.

Editor's note: Good With Money, sponsored by Subaru of Las Vegas and America First Credit Union, is part of the 13 Connects program. Our mission is to make a deep impact on the critical needs of the Las Vegas community, with the help of our partners.