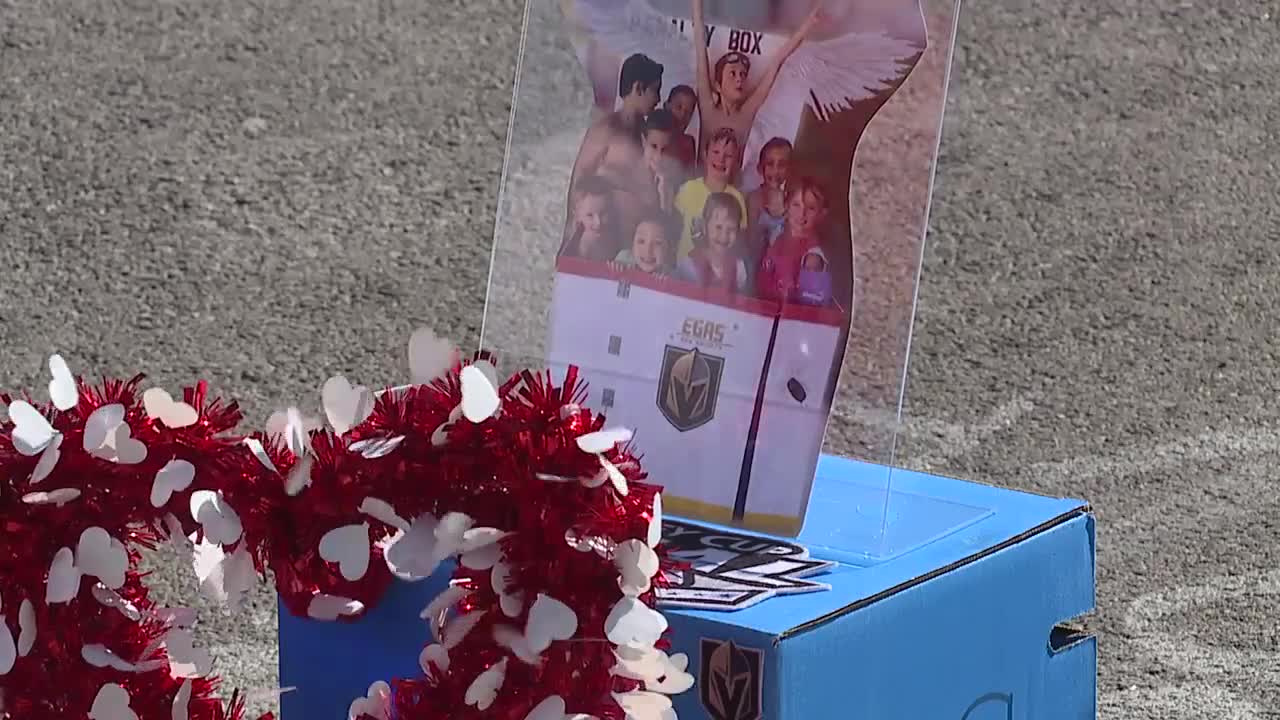 UPDATE: 12-year-old boy injured in Friday's crash has passed away.

LAS VEGAS (KTNV) — The day after learning their classmate had died, Mikinzie Dowdy and other friends of the 12-year-old boy gathered at a memorial near the crash site.

"Unbelievable," said Dowdy, who was in the same 7th grade class with the victim. "You would never imagine that."

Dowdy remembered Alex as someone who practiced the golden rule. "He treated everybody like he wanted to be treated," said Dowdy. "Even if somebody tried to talk about him or get him down, he didn't let that get in the way."

It was that kind, respectful nature that made Alex the kind of kid others looked up to.

"He was always a good student in class. He would never get in trouble. He was like one of the very few innocent kids in the school that don't do anything wrong really," said Jayson Cooper, another student at Somerset Academy.

The boy's classmates said he had a passion for hockey.

UPDATE: 12-year-old boy injured in Friday's crash has passed away

"He always wanted to be a professional hockey player," said Cooper.

"That's all he talks about," said Dowdy. "And he was talking about how when he got older, he was going to be a professional hockey player, gonna get a bunch of championships."

While Dowdy, Cooper and the school community are coping with this loss --- they are praying his younger sister survives.

"I want her to keep fighting," said Cooper. "We need at least one of them to stay. Because if both of them are gone i can't imagine how their parents would feel."

It's a feeling and a fear Shayla Robker knows very well. A couple years ago, her own daughter was hit by a car while playing outside in a nearby neighborhood. "She walked away," said Robker. "And these poor kids. It makes me so grateful but i feel for that mom because i felt that fear and it shouldn't happen. It should't happen outside of a school."

Robker has three kids at Somerset Academy. She worries for their safety. "It's a busy street. It's a busy area. I don't understand why there's no crossing guards to get these kids safely across the street," said Robker.

Robker said it's a question she and other Somerset parents have wondered about -and will bring to the school.

"At the school during pickup and drop off, they've got faculty and staff directing the kids to make sure they're crossing the parking lot safely. They can just bring it out a little further. You know, get them across the street. Get them home safely. That's all," said Robker.