Flameless fire dangers: How to protect yourself and your home 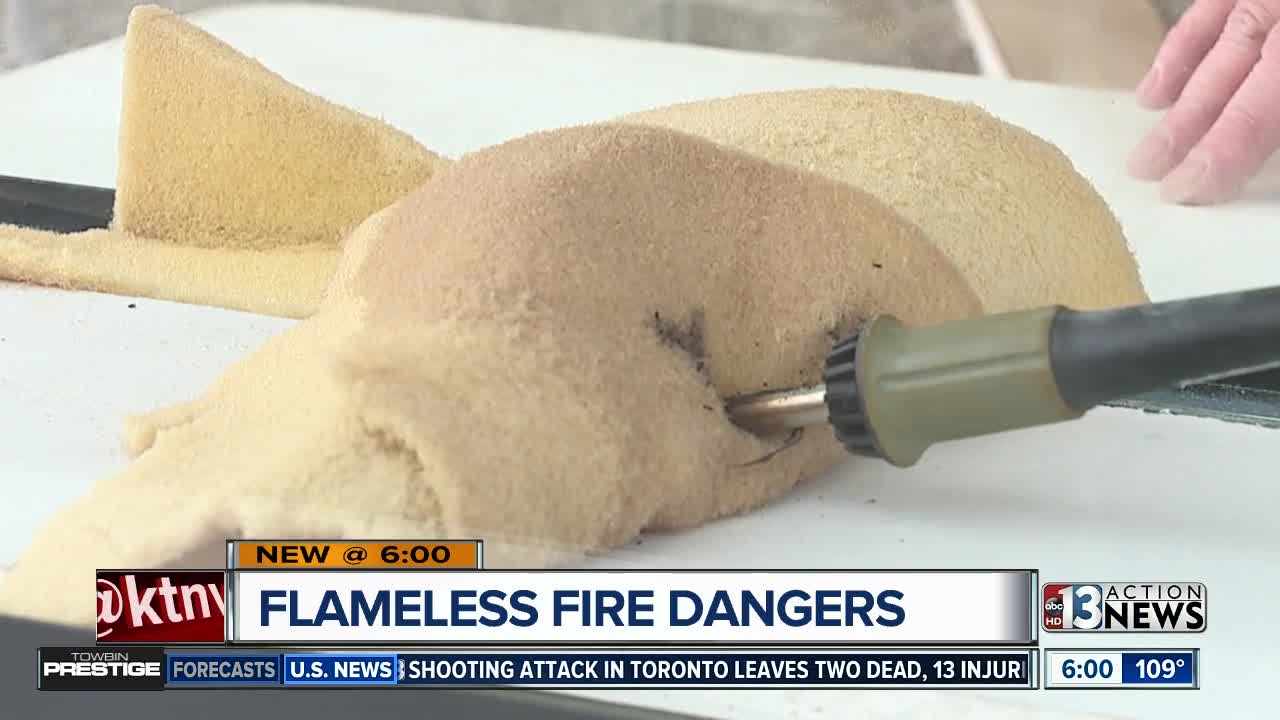 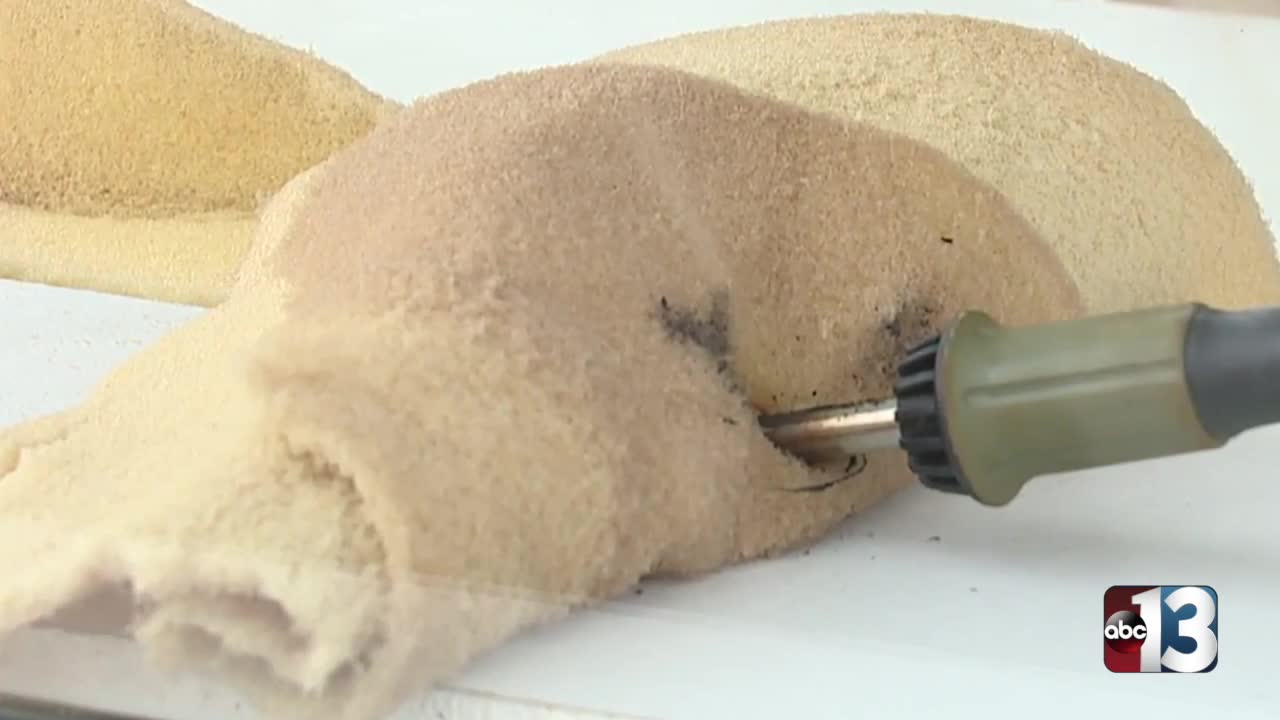 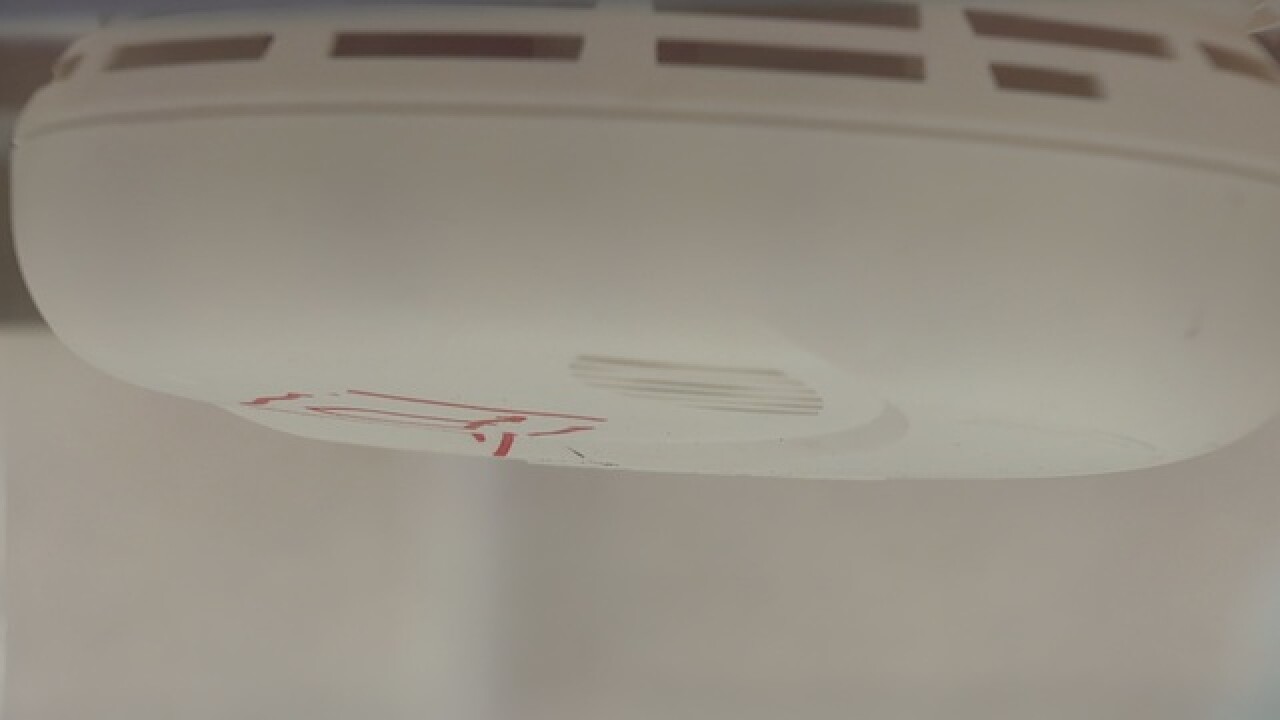 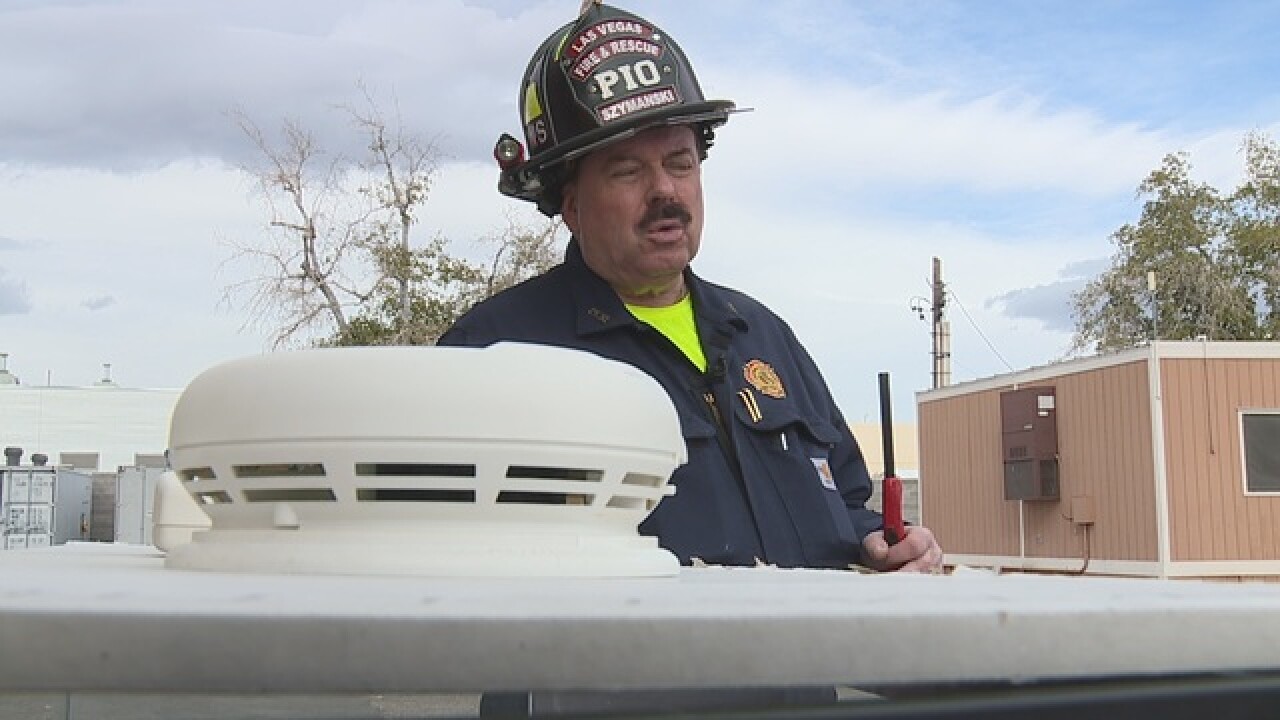 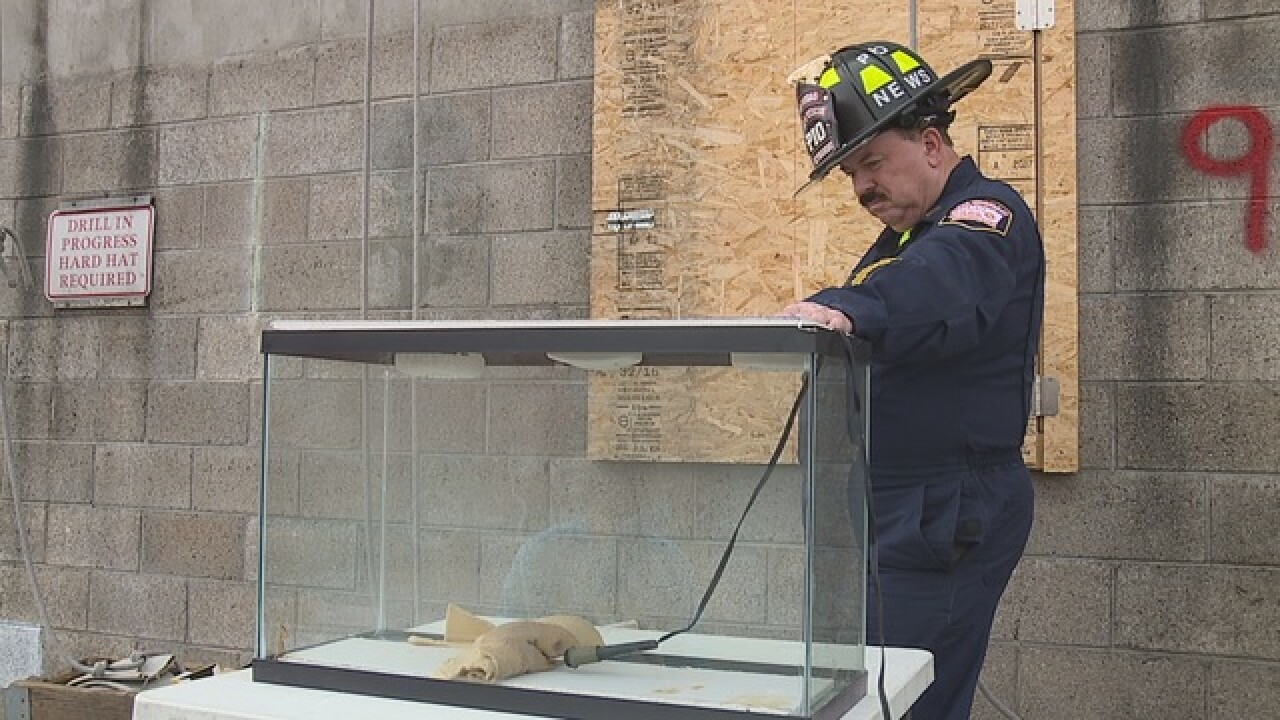 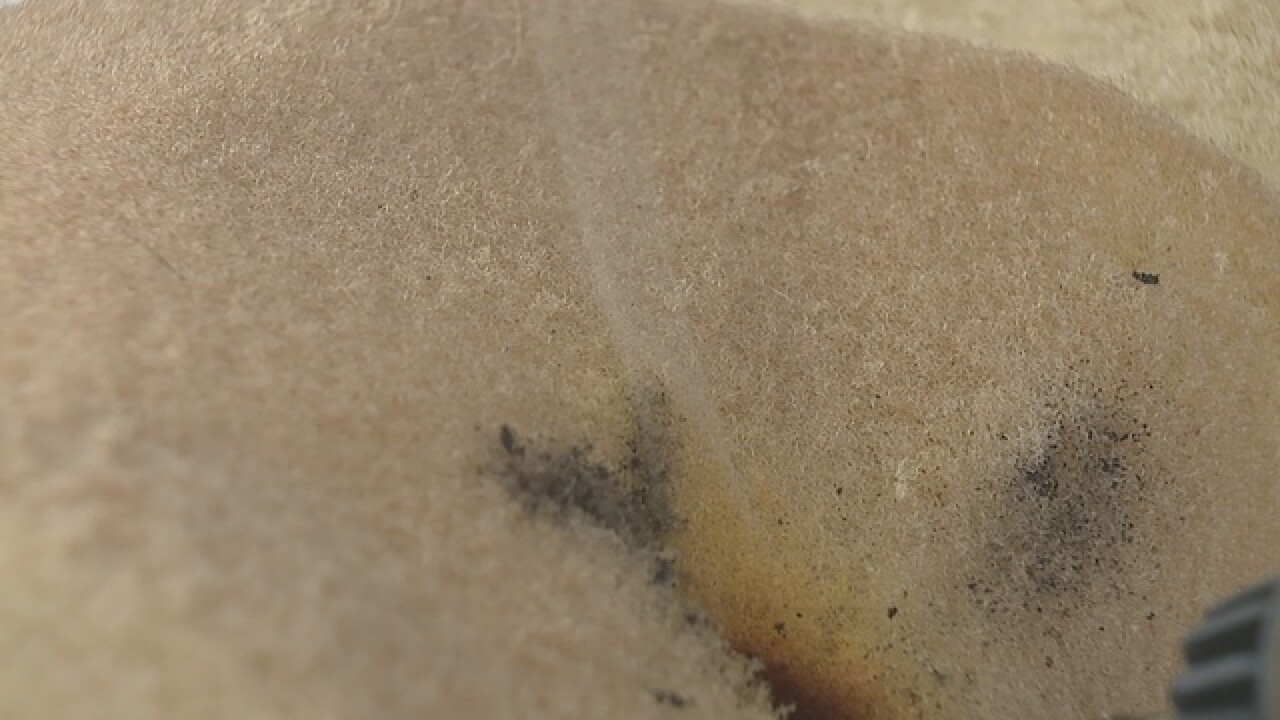 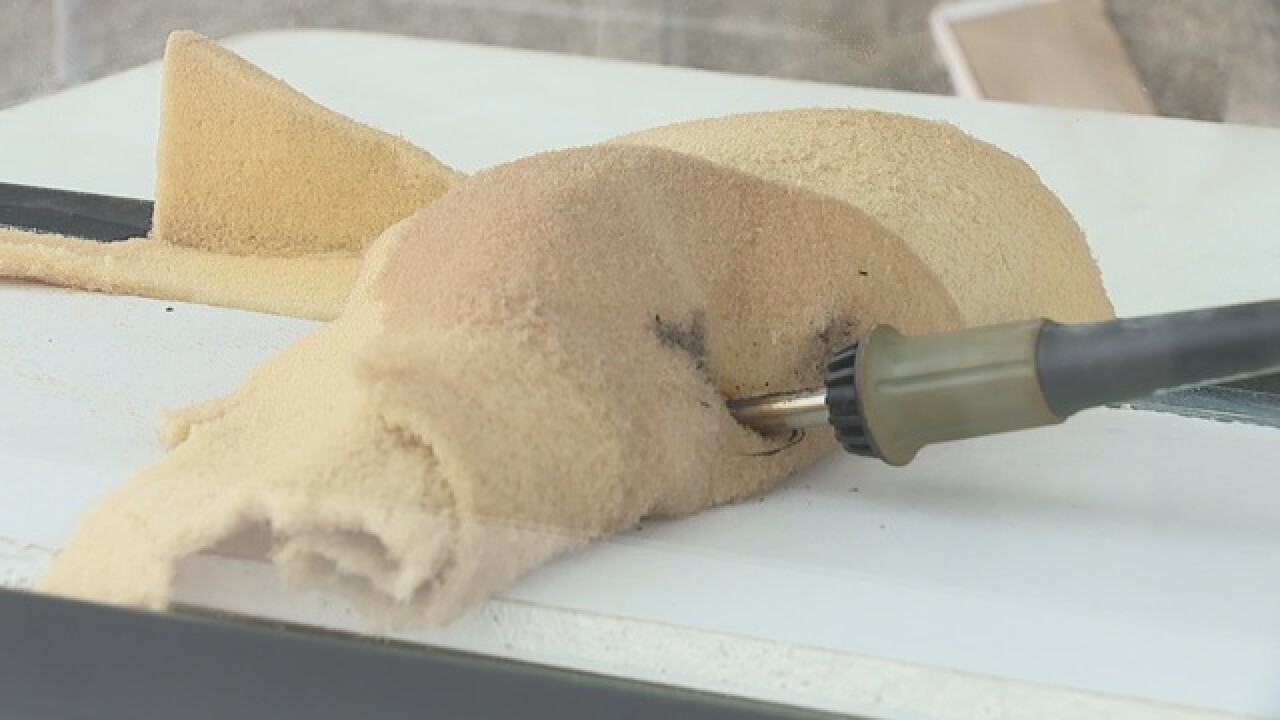 A smoldering, flameless fire is being blamed for the death of a 63-year-old Las Vegas woman. The fire started on the sofa and produced gases and smoke.

"I've gone into homes where the entire couch is just a pile of ashes and nothing in the house burned," said Szymanski.

Using a 50 gallon aquarium, Szymanski placed polyurethane foam and a soldering iron together to demonstrate how a 'flameless fire' can produce deadly smoke in seconds.

"This is like a cigarette between two cushions inside of a couch," said Szymanski as the soldering iron began to smolder.

The top of the aquarium was covered by a piece of drywall with 3 different smoke detectors attached to simulate a ceiling.

The three types of smoke alarms tested by Contact 13 include photoelectric, ionization, and carbon monoxide.

Szymanski says an ionization smoke alarm uses a small amount of radio active material in a chamber inside the alarm. When ions are released from a fast-moving fire, a small reaction occurs within the chamber and activates the alarm, according to Szymanski.

Szymanski adds an ionization smoke alarm is the most common type found in Las Vegas homes.

A photoelectric alarm uses a light beam to monitor for smoke. The alarm sounds when the light beam is broken or deflected by smoke, according to Szymanski.

During the simulated flameless fire test, the photoelectric alarm sounded in approximately 2 minutes.

Contact 13 and Las Vegas Fire and Rescue continued the test of the common ionization alarm but it failed to sound after 10 minutes.

"If you take one breath of [the smoke] you can't take another breath, it chokes you that bad," said Szymanski.

Smoke alarms also have a manufacture date listed on the device and should be replaced every 10 years.

Authorities say Brown suffered smoke inhalation and was discovered by a family member. Investigators believe the flameless fire came from the couch, but it remains unclear what started it.

Contact 13 reached out to Brown's family but they declined an on-camera interview.