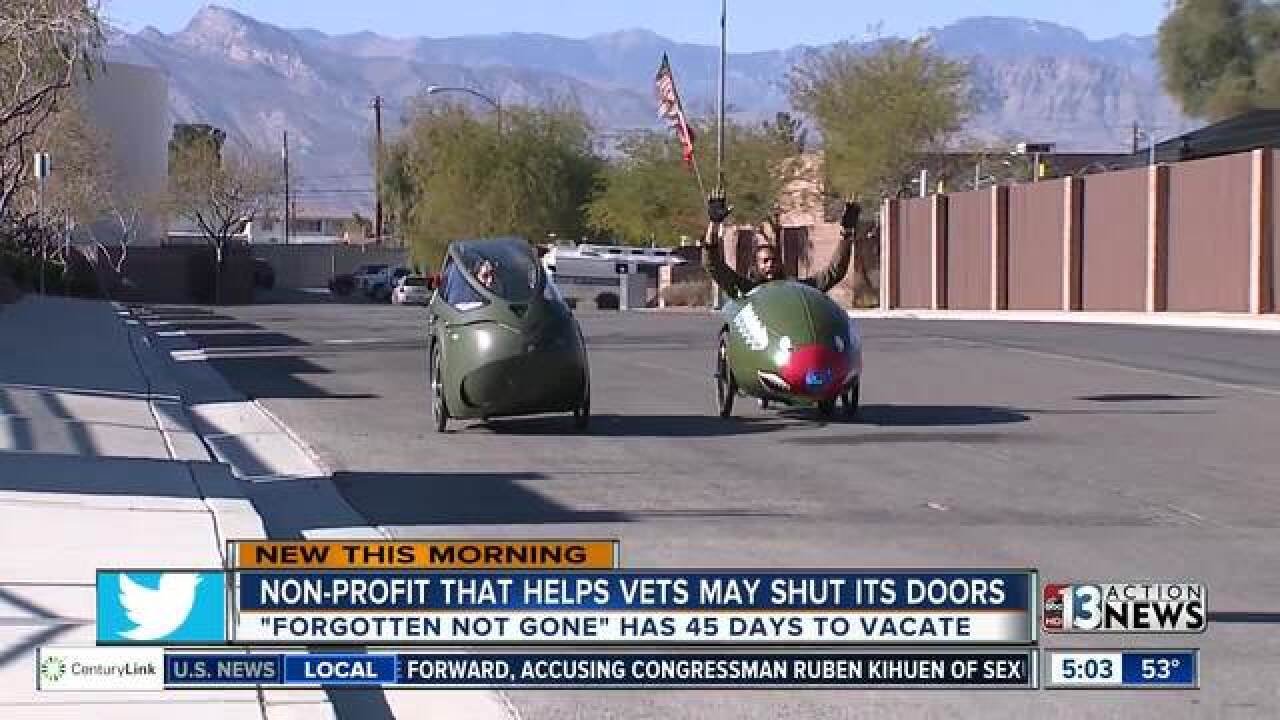 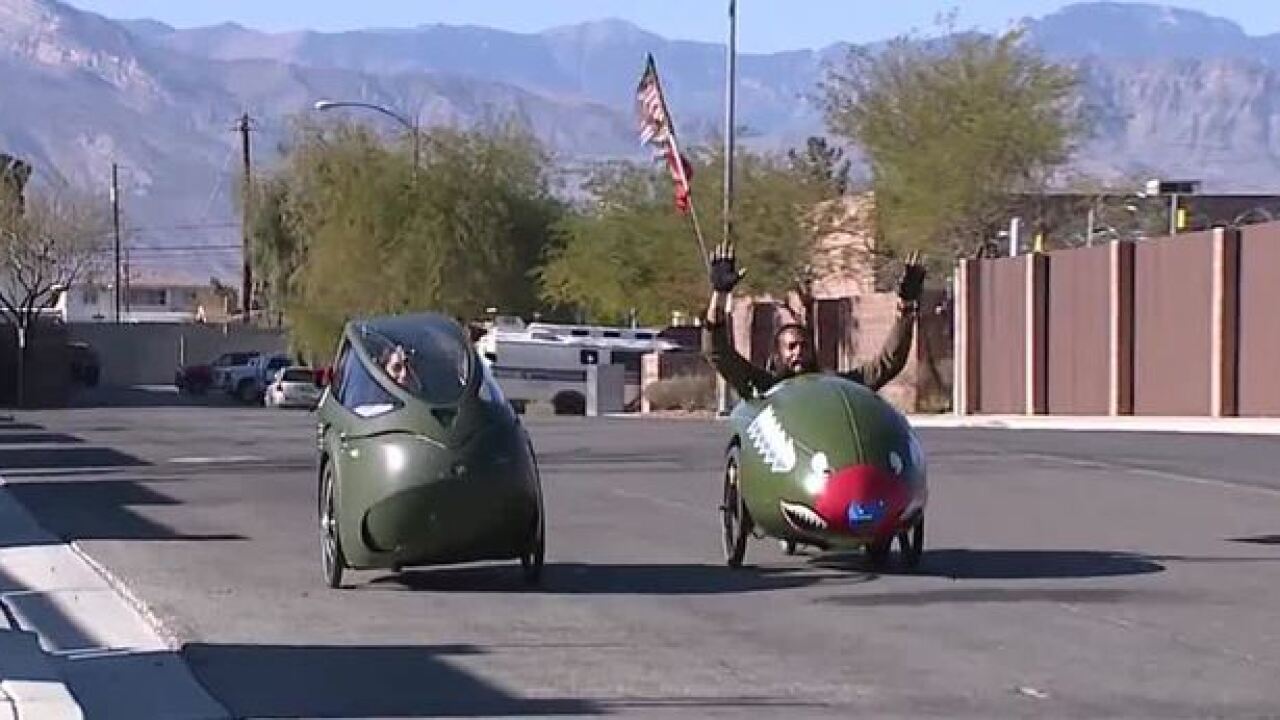 A Las Vegas nonprofit, helping veterans with PTSD, fears it may have to shut its doors soon.

Forgotten Not Gone received an eviction notice from their landlord, because they say owners want to expand the property.

Since the nonprofit's lease is up at the location near Clayton Street and Cheyenne Avenue, the owners have asked the organization to leave within 30 days.

Guidry started Forgotten Not Gone with his wife two and a half years ago while they were both dealing with severe PTSD.

Guidry fought with the Air Force after 9/11. Once he returned home, he was medically separated from Nellis Air Force Base.

The purpose of the nonprofit is to help veterans with PTSD through recumbent trikes.

Guidry started riding his trike, instead of taking the medication he was prescribed to help with his PTSD.

"It started out as just pain and depression," Guidry said. "Then I noticed I was getting over the disabilities, the physical limitations."

The trikes have not only helped Guidry, but according to Forgotten Not Gone, they have helped 2,500 local veterans this year alone.

The organization started with only two trikes and today they have over 30 trikes, which are used by veterans daily during rides across town.

13 Action News did reach out to the manager at the Clayton Park, where the organization is currently renting their facility. He said they do plan to expand their property and need to use the nonprofit's office as a model for potential renters.

The manager told 13 Action News, they have extended Forgotten Not Gone's deadline to at least 45 days and have offered them a different location within the complex.

Guidry said while he understands the owners have the right to expand their property, he has put in a lot of work on their current office, including, laminated windows and interior design.

"At the end of the day we're doing good things, but again we're doing it from our own pocket and I can only go so far on my own dime," Guidry said.