Democratic candidates rally to woo Nevada voters ahead of caucus 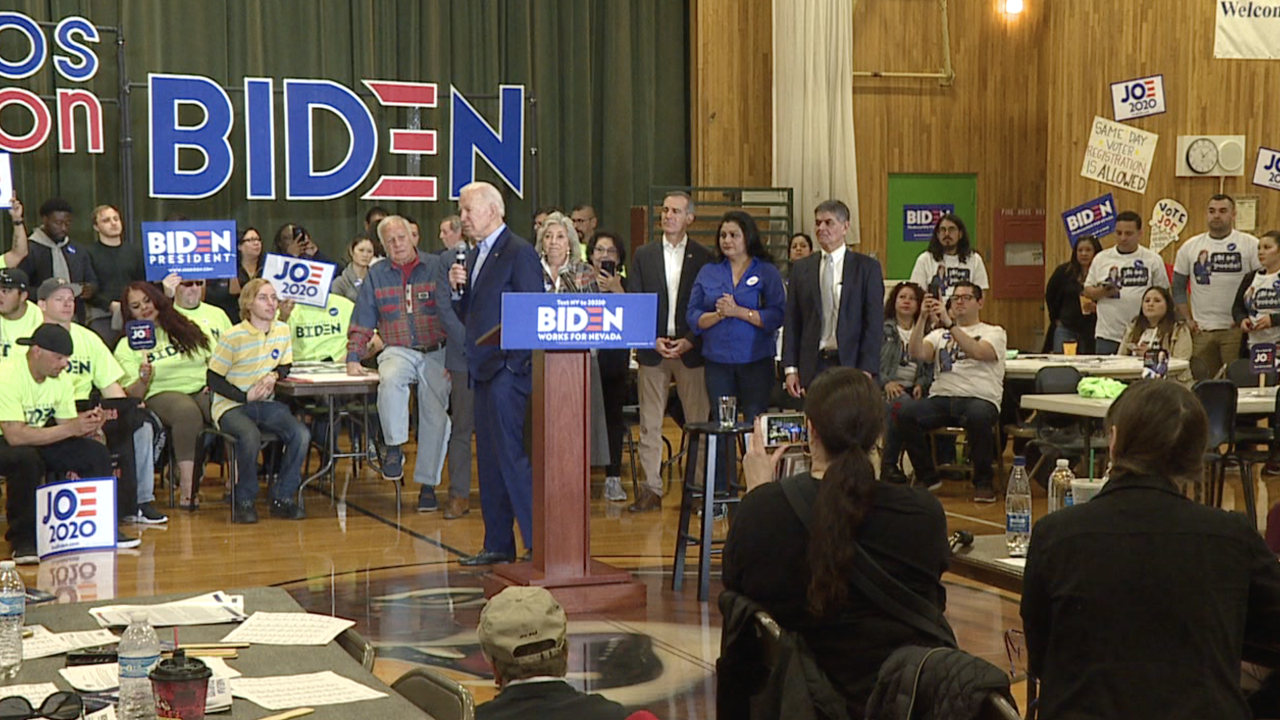 LAS VEGAS (KTNV) — The top contenders for the Democratic nomination are in Nevada this weekend making their case to voters. This latest push comes with caucus just a week away.

“In this instance, this is what democracy looks like,” said Sen. Bernie Sanders.

After winning the popular vote in Iowa and New Hampshire, Sanders is looking at making an impression to local voters.

“He’s honest. If he tells me my taxes are going to going to go here or he’s going to do something, he’s been saying the same thing forever now,” Heather Dweck, a voter from Anthem said.

Meanwhile Joe Biden was looking to gain momentum after poor results in the first two contests. He aiming to turn out minority voters.

I was just hanging out at the @SpringsPreserve today at the #BlackHistoryMonth festival when @JoeBiden showed up. @KTNV @StevenHorsford pic.twitter.com/IhABeWII9t

Biden has gained local endorsements to help with the push getting the support of Las Vegas councilman Cedric Crear and local congress member Dina Titus.

“He is compassionate, and he has walked in other people’s shoes. He knows what this country is facing and how to heal us and bring us back together,” Rep. Titus said.

Also looking for a rebound after a disappointing start, Sen. Elizabeth Warren. She enlisted the help of actress Yvette Nicole Brown to motivate voters.

“I believe that if you start with a candidate that is inherently decent, and kind, who cares about other, half of the battle is done,” SHE SAID.

Warren herself making the case she is the one that can beat Donald Trump.

Other candidates including Pete Buttigieg, Sen. Amy Klobuchar and Tom Steyer are also making their case in Nevada. Former New York mayor Mike Bloomberg however is skipping Nevada focusing on the Super Tuesday states next month.