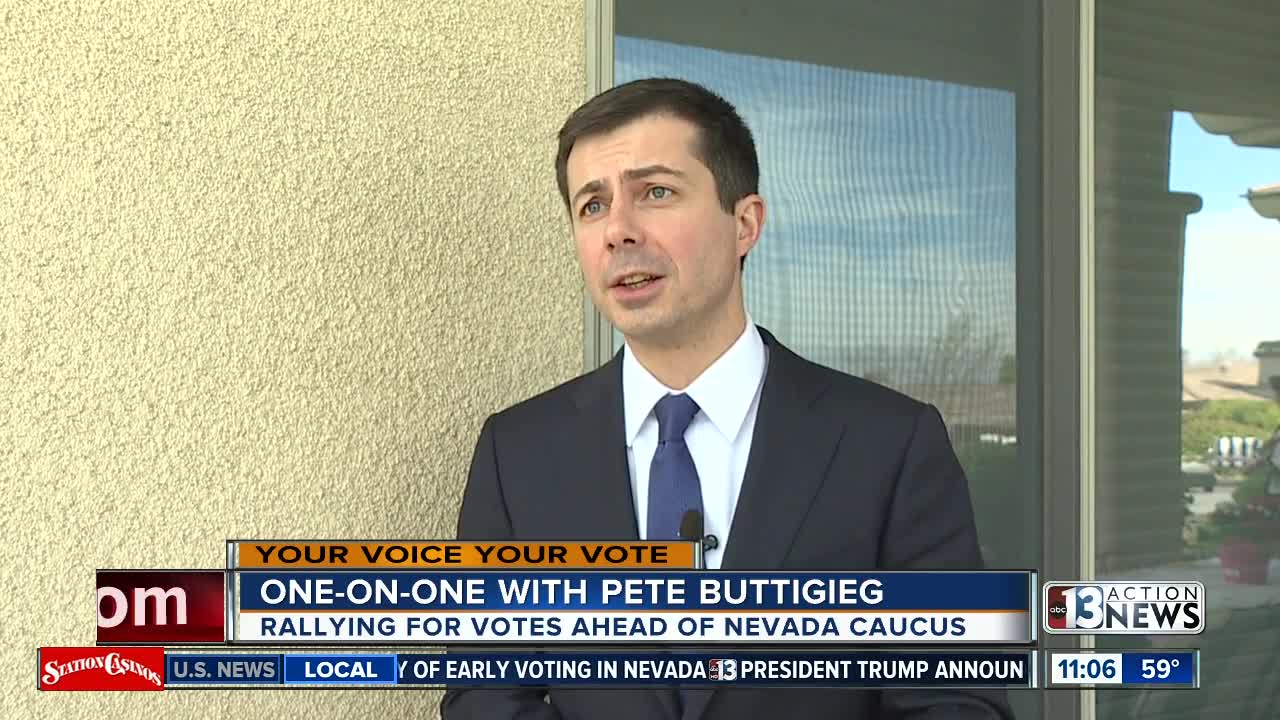 Early voting continues for the Nevada caucus as major Democratic candidates visit Clark County to make their case for the nomination. A growing line marks the sign of early voting as Democrats gear up for the upcoming caucus.

“This is our big moment. We’re Battle Born. We’re battle tested and we’re looking forward to battling it out once we have our nominee into the general,” William McCurdy II, the Nevada Democratic Party chair, said.

A nominee that’s still yet to be determined. Nevada now playing an important role with more than 18,000 voters turning out on the first day of early voting. The state party chair reassuring voters, after volunteers raised concerns about training for the new vote tallying system.

“We have volunteers training on our caucus calculator right now. They will continue to be trained on the calculator all the way from now until caucus day so we will be ready,” McCurdy said.

Pete Buttigieg is looking to build on his delegate lead after good results in Iowa and New Hampshire. His campaign making a push to voters of color expected to make a decisive impact in the race.

“These are the issues that I’m hearing a lot about from Nevadans, a racially diverse, a forward-looking state full of workers who have taken steps to empower themselves, and workers deserve a voice in Washington,” says Buttigieg.

Buttigieg appeared at a rally at Rancho High School on Sunday.

“We are reaching out to communities of color, Latino and African American communities represented in greater numbers here than in any of the other states that have yet had a caucus,” says Buttigieg.

“It’s an opportunity in reaching out to a broader and boarder electorate, but we’ve been already been able to connect with die-hard Democrats and draw independents and even some Republicans,” Buttigieg said.

Sen. Amy Klobuchar looking to build momentum of their third-place finish in New Hampshire, and Tom Steyer looking for a strong finish, spoke at an infrastructure forum.

“The first day of my presidency, I’ll be declaring a climate emergency and start changing the rules under which private corporations are allowed to generate energy,” Steyer said.

“I would like to see for instance, is a two-year budgeting cycle. UI think this will help us when we put money out there, then we would have another year to look back to see how it was spent,” Sen. Klobuchar said.

All major candidates taking the state seriously as they rally for support.

There will be two more days of early voting in advance of the upcoming caucus and we’ll see the top candidates in Clark County for the only debate before the caucus on Wednesday.