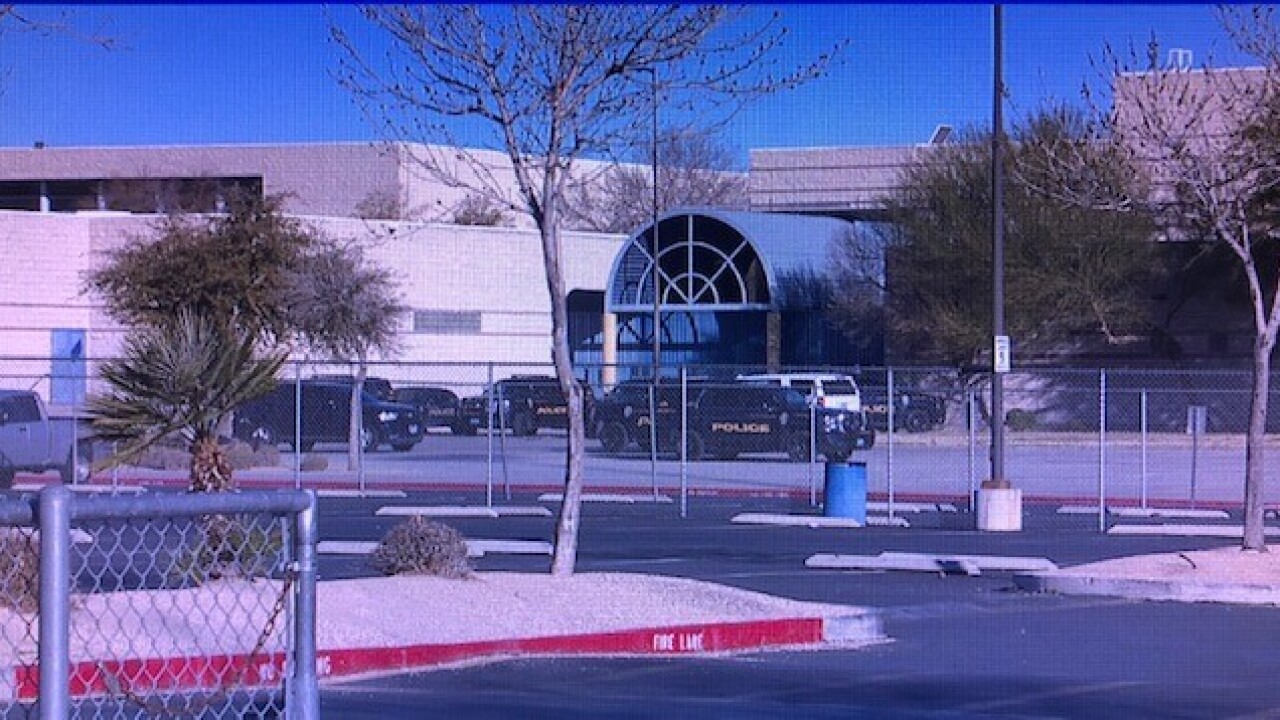 LAS VEGAS (KTNV) — A 15-year-old sophomore has been arrested at Cheyenne High School after a gun was discovered in his backpack, according to Clark County School Police.

School personnel and police were made aware on Friday morning that there was a student in possession of a gun on the campus.

The student was detained at around 8:10 a.m. and the backpack searched.

According to police, the student then tried to run away after the gun was discovered, causing school officials to temporarily place Cheyenne on a lock down.

The 15-year-old was quickly apprehended and placed under arrest.

He faces charges of carrying a concealed weapon, possession of a gun on a school campus and resisting arrest.