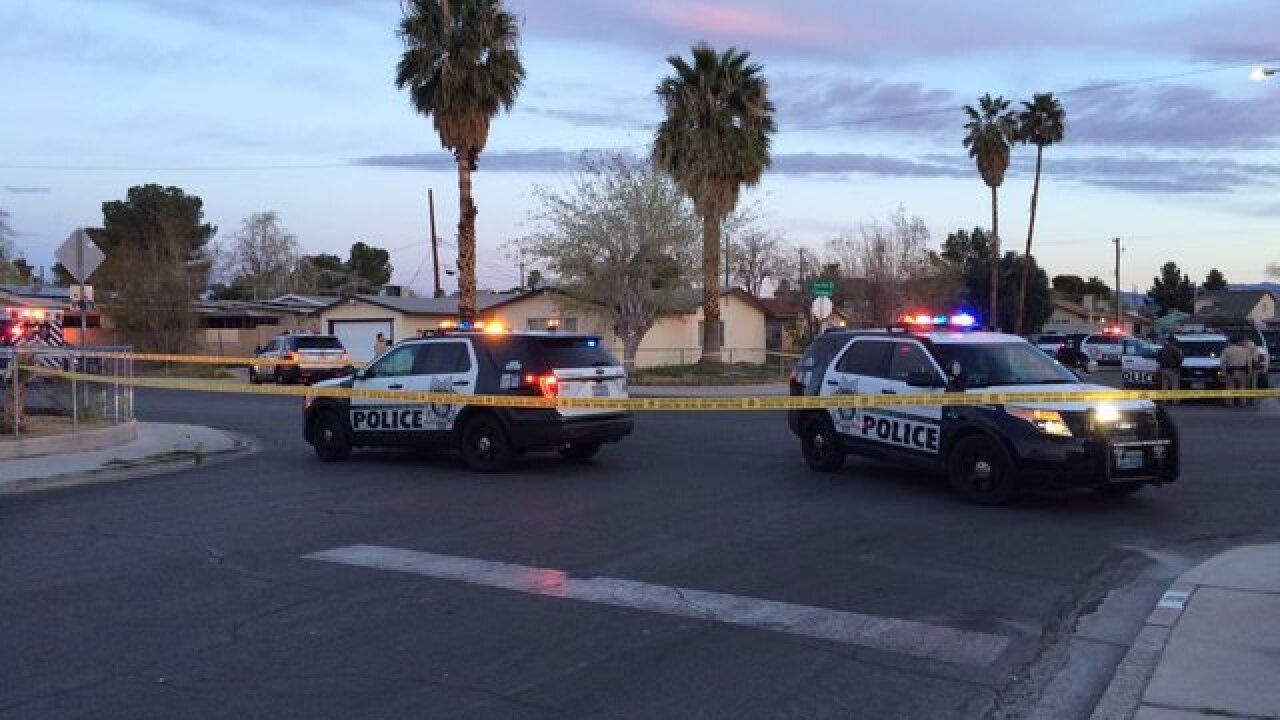 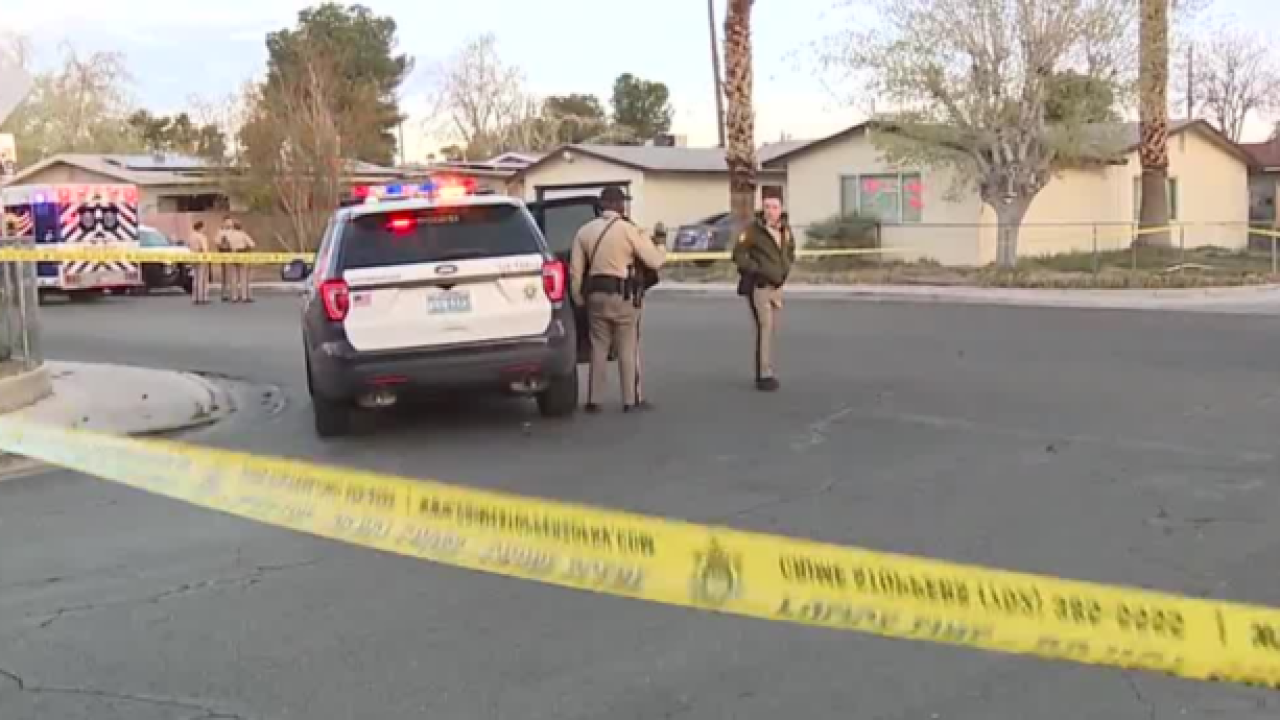 UPDATE AT 12:54 P.M. Police say that the woman believed to be the shooter is in the hospital with a self-inflicted gunshot wound.

According to the Nevada Highway Patrol, they received calls about a reckless driver on Interstate 15 southbound shortly after 8 a.m. They were able to catch up to the vehicle near Flamingo Road and recognized it as the vehicle being sought by Las Vegas police after the shooting on Sacramento Drive.

NHP stopped the vehicle near Russell and Polaris. A female was sitting in the passenger seat.

A man got out of the vehicle but the woman refused. A shot was heard moments later. The woman was transported to a local hospital with a gunshot wound. Her condition is currently unknown.

UPDATE 7:10 A.M.: Police are now searching for a woman who they believe was the shooter in the incident that occurred this morning.

Officers believe the woman shot a man she knew in the face after the two argued in front of a home on Sacramento Drive.

ORIGINAL STORY: Officers are investigating a shooting in the 100 block of Sacramento Drive near Charleston and Lamb boulevards that occurred at 5:17 a.m.

Police say two people got into an argument in front of a house and during the argument, one person shot the other once in the face.

Large police scene. One person was shot in the face and killed. @KTNV pic.twitter.com/OsTlVFqg7N

The person shot in the face was pronounced dead. The shooter is still outstanding.