Arrest made for fatal shooting outside CVS on Christmas Eve 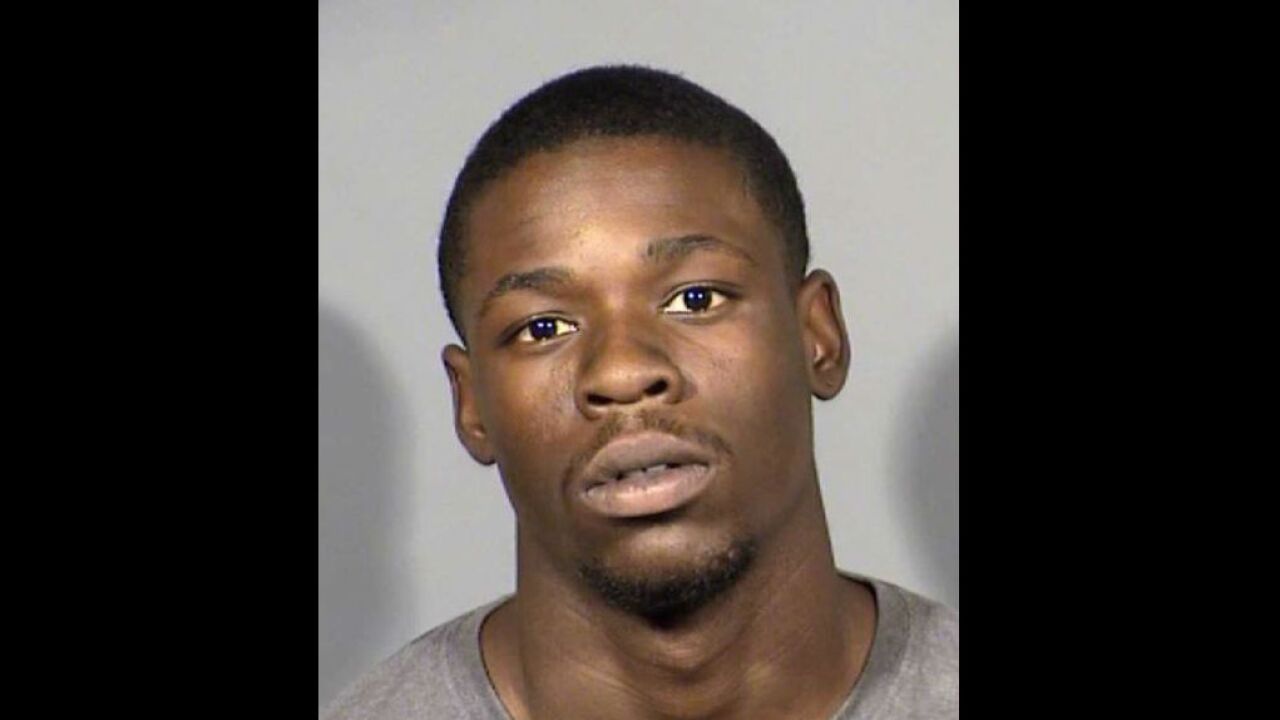 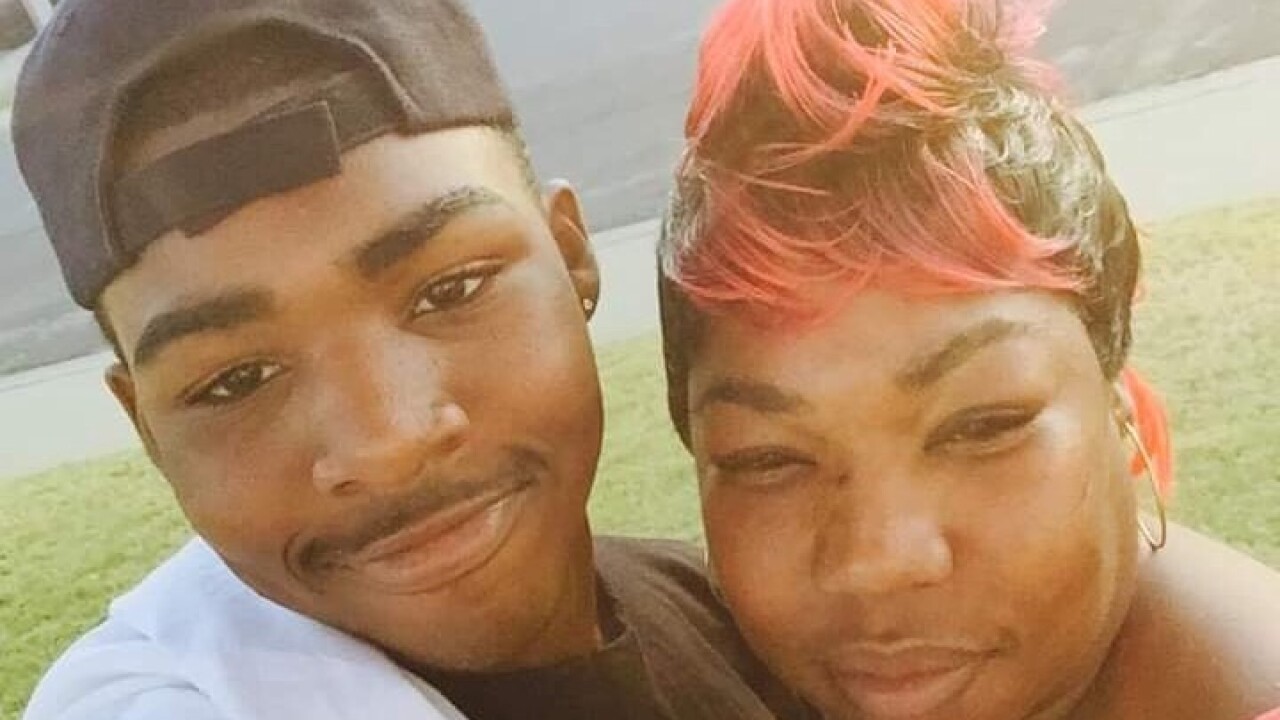 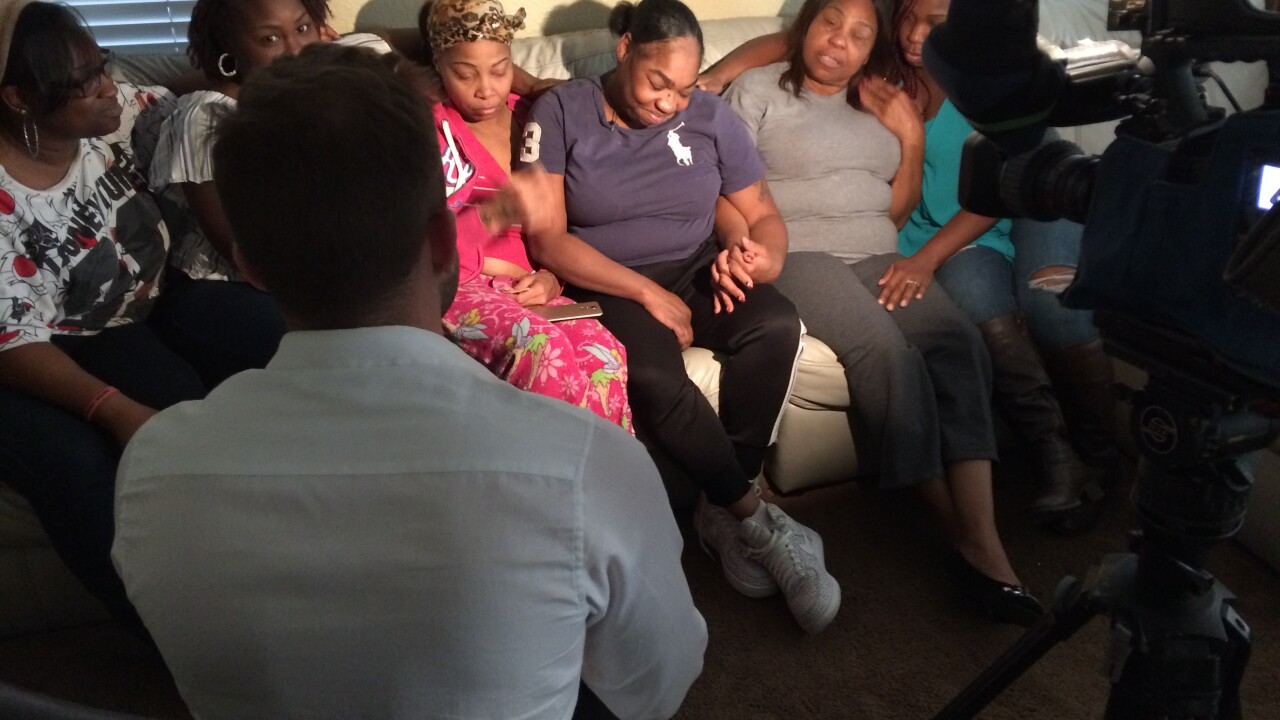 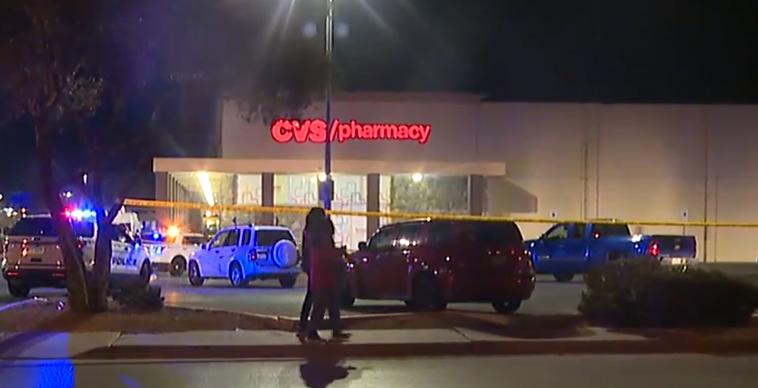 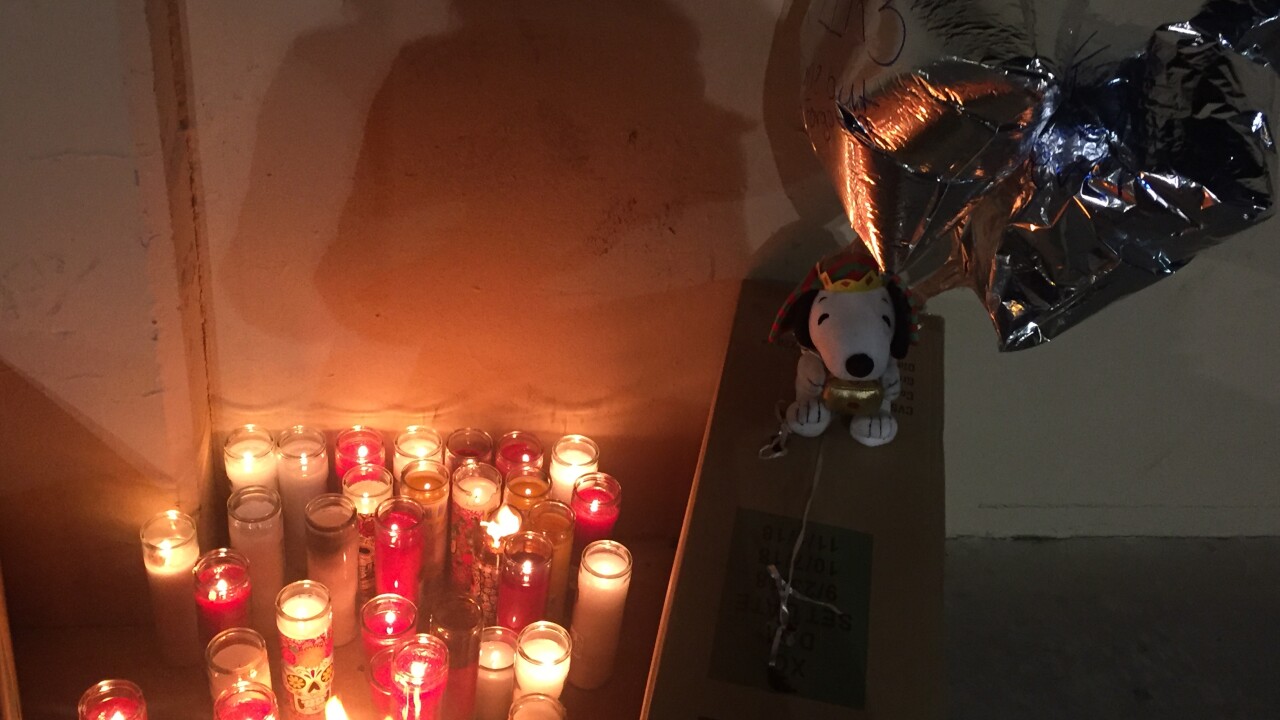 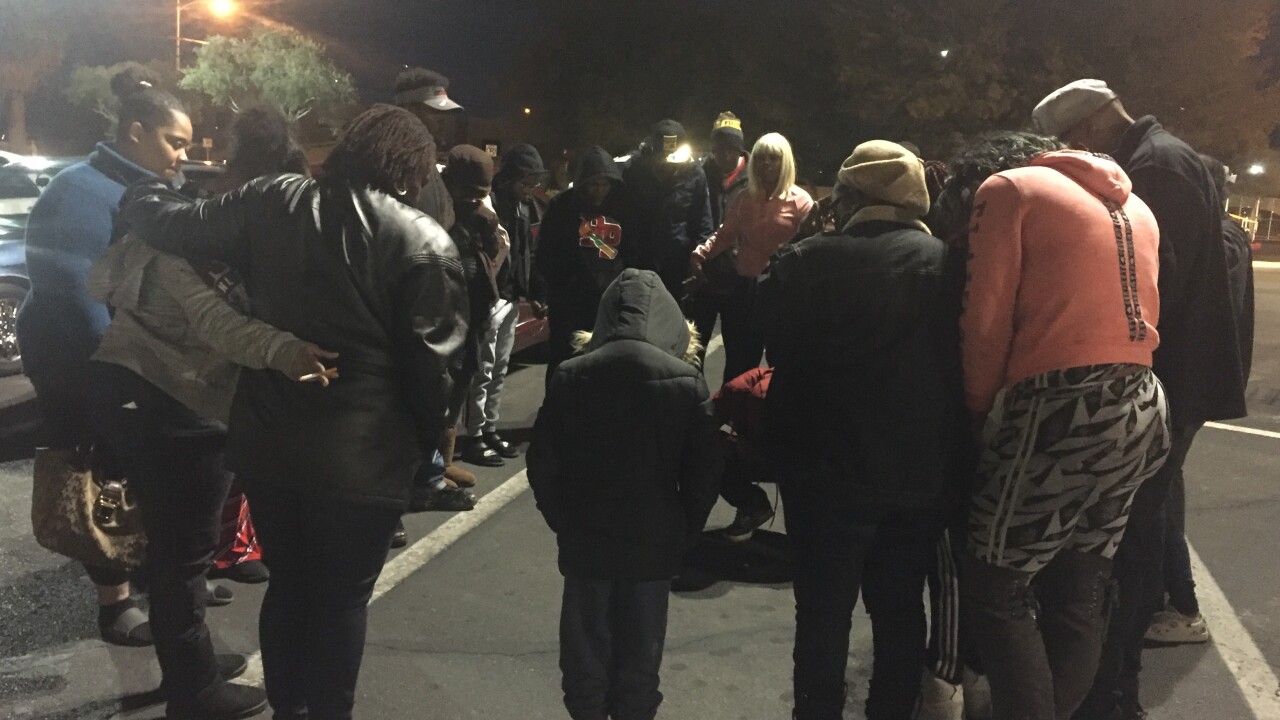 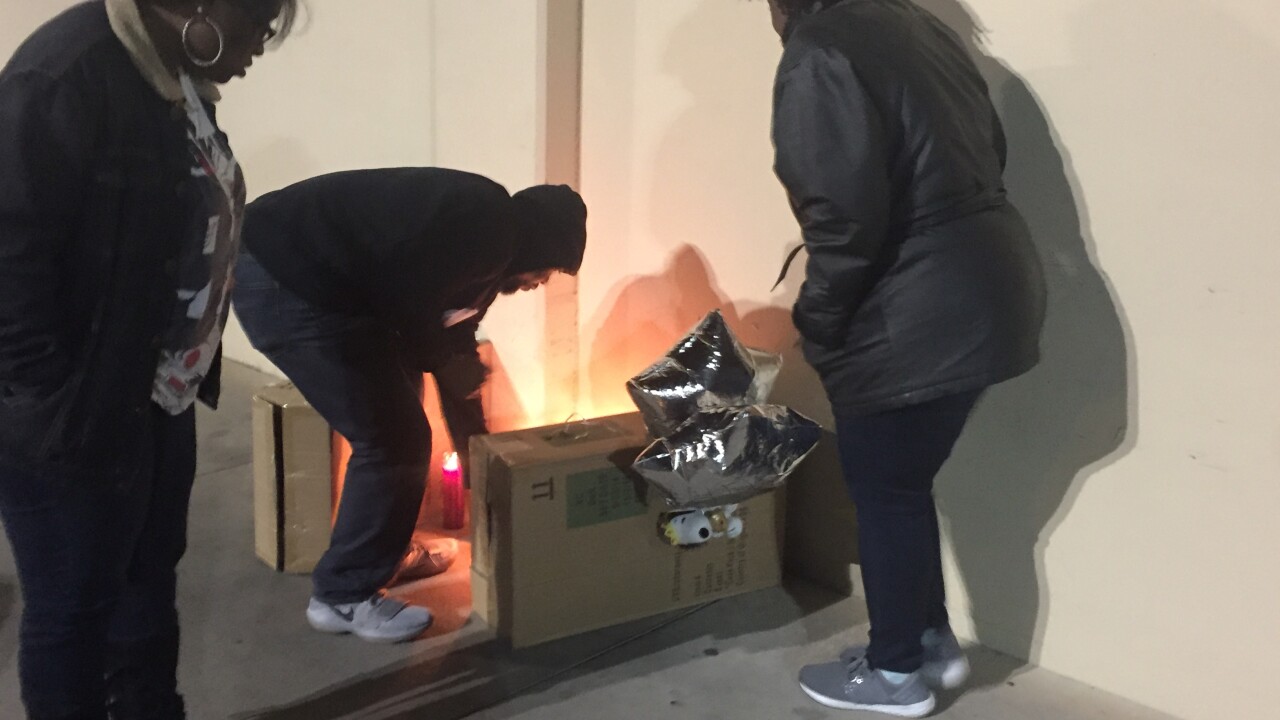 UPDATE DEC. 28: 17-year-old Jermariun Hickman was arrested in Laughlin on Dec. 27 for the death of 18-year-old Kwavontia Thomas near a CVS in North Las Vegas.

He was arrested by the FBI Criminal Apprehension Team along with detectives from North Las Vegas Police Department. He's been booked on the charge of murder with a deadly weapon.

UPDATE DEC. 27: The Clark County coroner has officially identified the man killed in this incident as 18-year-old Kwavontia Thomas, of Las Vegas. He died of multiple gunshot wounds as police continue to investigate the homicide.

UPDATE 11 P.M. DEC. 26: With heads bowed and heavy hearts, friends and relatives of 18-year-old Kwavon-tai Thomas tried to find comfort in each other. They gathered at the exact spot where Thomas was shot and killed in the parking lot outside a CVS store near Lake Mead and Civic Center Drive in North Las Vegas Wednesday evening. They shared many stories of how he touched their lives.

"Just memories. Just good memories,” said his aunt Jessica Hooper. ”And I'm sad looking at his nephews and brothers. They are all the same age and it's like his memory has been cut short for no reason at all.”

That reason according to Kwavon-tai's mother was a petty social media beef. She says the shooter and her son knew each other and the shooter was upset that Kwavon-tai's picture was the cover photo on a girl's Facebook page.

“I can't even fathom a child taking another child's life and being able to sleep at night,” said Thomas’ cousin Shelita Jefferson. “And the fact that someone did that and it's not just going on here, means we need to stand up as adults and society and make some changes.”

North Las Vegas Police have identified a suspect they are searching for, but it was still little solace to many in the group who said lately they all seem to have some connection to a family touched by gun violence.

“I see this as an issue with the youth of today where there is a lack of morals.”Jefferson said. “There's a lack of concern for life. And of course when it comes in your backyard you have no choice. You can't ignore it anymore.”

UPDATE DEC. 26: Family memebers have identified the 18-year-old boy that was killed in a shooting in North Las Vegas on Christmas Eve.

“I got out there and my baby was on the ground,” says Tamika Thomas.

During the season of being together, Tamika is spending it without her son 18-year-old Kwavon-tai Thomas.

She's identifying him as the victim in a shooting outside a CVS pharmacy on Christmas Eve.

Tamika says she and her had an undeniable and unbreakable bond, always laughing, smiling and being together.

Now Tamika is being comforted by family locking hands and sharing a hug as they try to make sense of it all.

Tamika says Kwavon-tia’s brother was with him and tried to save him, but died in his arms.

Police say they know who the shooter is and are searching for them.

Tamika says the shooter and her son knew each other, and believes it all started over a beef on social media.

She says the shooter was upset that her son was a girl's Facebook cover photo years ago.

Tamika says the shooter was also on the bus, but chased her son down when he got off.

Now Tamika, Kwavan-tai’s brothers, aunts and grandma just can't piece together how someone could do this.

"You killed my baby, he didn’t have a gun on none of y’all. My baby got off the bus to defuse the situation and you chase my baby down off the bus, you chased him down."

A young man was shot on Christmas Eve in front of a CVS near Lake Mead Boulevard and Civic Center Drive around 4 p.m.

Police say that the victim was running from someone when he was shot.

Multiple people witnessed the shooting and tried to help the victim.

Police believe they know who the shooter may be and are looking for him.

The deceased will be identified once relatives have been notified by the coroner.