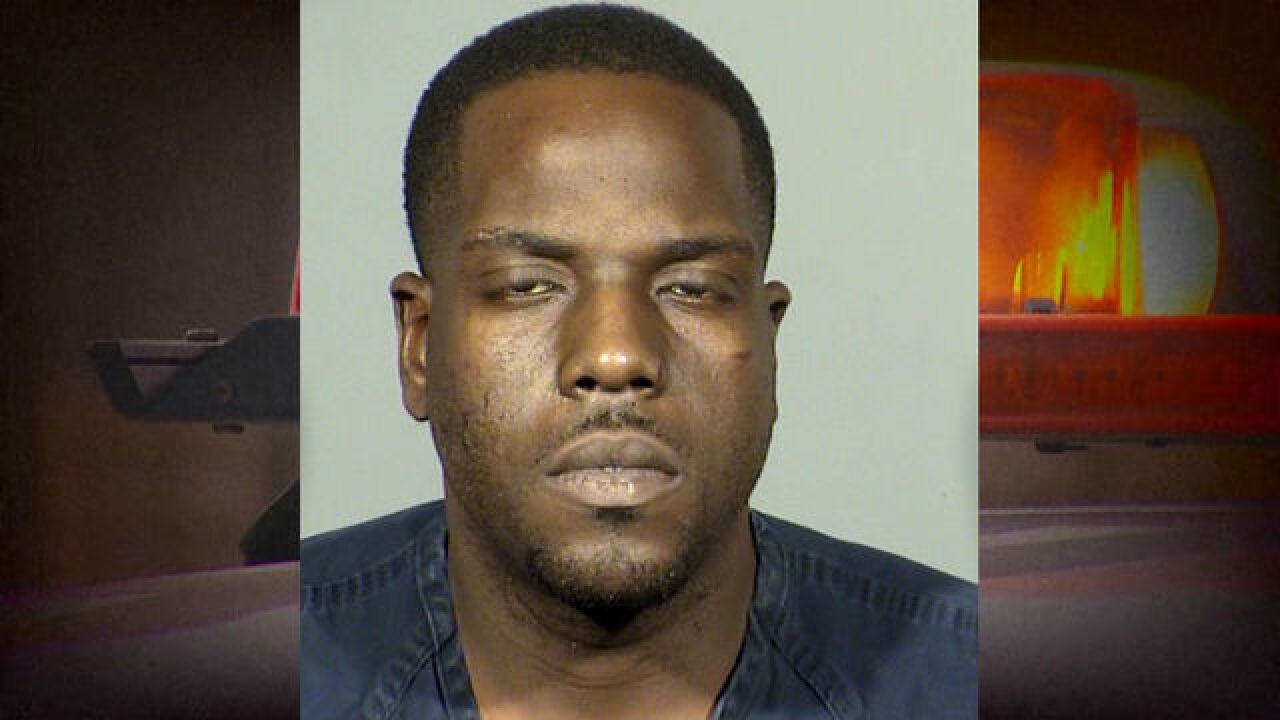 Las Vegas police have arrested a man accused in a deadly shooting in what apparently started over a stolen cellphone this past weekend.

Around 8:15 a.m. Saturday, patrol officers responded to a call of a person shot near the 6000 block of Conroe Court, near Jones Boulevard and Russell Road. Arriving officers located a man in the roadway suffering from a gunshot wound to the head. Medical arrived and transported the victim to UMC Trauma in critical condition.

Homicide detectives learned that the victim’s girlfriend had her cellphone stolen and the victim and her boyfriend were able to track it to the 6000 block of Conroe Court. Upon arrival to the address, the victim exited the vehicle and confronted the suspect, later identified as 27-year-old Noel Shakespeare.

Shortly after they engaged in a fistfight in the driveway. The fight moved onto the street where police said Shakespeare took out a handgun and shot the victim. Shakespeare left the scene driving a small SUV.

Around 3:15 p.m. Saturday, Shakespeare turned himself in to Las Vegas police without incident. Shakespeare was arrested and transported to the Clark County Detention Center.

On Monday, the victim was declared deceased, leading to a murder charge for Shakespeare. He also faces attempted murder and battery with use of a deadly weapon charges.

This incident appears to be prostitution related and the people involved were known to each other.