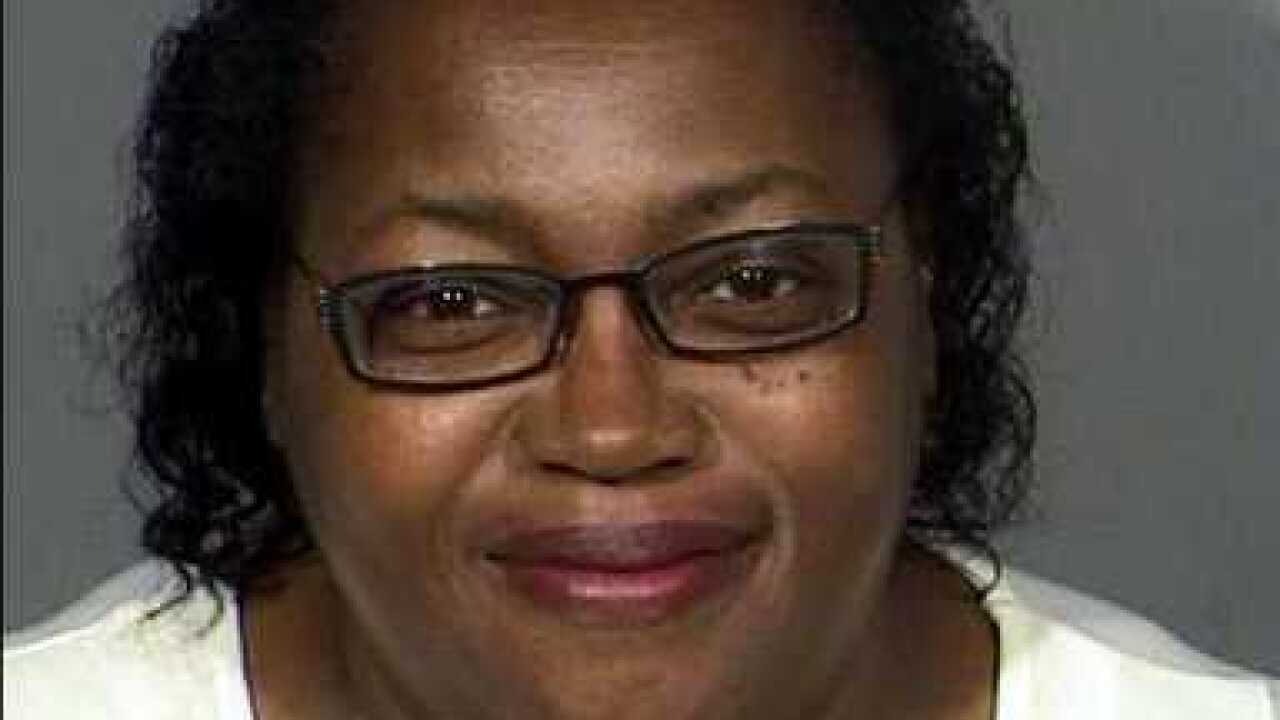 Copyright 2018 Scripps Media, Inc. All rights reserved. This material may not be published, broadcast, rewritten, or redistributed.
<p>Police arrested 58-year-old Melody Carter June 15 after an investigation was initiated at Harmon Elementary School in May. <strong><a href="https://www.ktnv.com/news/crime/las-vegas-teacher-arrested-for-felony-child-abuse">FULL STORY</a></strong></p>

UPDATE JUNE 19: Police have released the mug shot of 58-year-old Melody Carter, a teacher arrested for felony child abuse of a student at Harmon Elementary School.

A Clark County School District police affidavit states that a 5-year-old special needs, autistic and non-verbal boy was hit with a wooden pointer.

Small bruises were found on the lower leg of the boy after the alleged incident on May 2.

A substitute aide who had been in the classroom a few days told CCSD police that around 9:30 a.m., teacher Melody Carter was sitting next to the boy, who had his shoes off. The aide told police that Carter was yelling at him to put his shoes on and then grabbed a pointer and swung it on the boy's lower leg about five times. The wooden point was described as having a rubber hand on the end of it with a pointed finger.

According to the aide, Carter was swinging the pointer hard enough she could hear it making noise as it was moving through the air. The aide told police that after the pointer broke, Carter said, "I have more of those" and threw the broken pointer in the garbage.

The aide told police when Carter grabbed a pointer, the boy had crunched into a fetal position and began to cover his legs with his hands as if he had been hit before.

After the incident, the aide said the boy was crying a little but seemed to be OK shortly afterward. Later that day, the aide noticed red marks above the boy's ankles.

However, a teacher assistant who had been in Carter's class since the beginning of the school year said Carter was tapping the boy with the pointer and wasn't hitting him hard. She did hear Carter say that she broke the stick but did not see how she broke it. The assistant told police for the wood to break, it would have had to be hit hard against something.

Later that day, the assistant did not notice any marks or bruises on the boy.

The assistant told police that she had seen Carter tap kids with the pointer but never seen her hit them hard. She also said she never had to step in to stop Carter from getting physical with students.

ORIGINAL STORY: A Las Vegas teacher has been arrested for felony child abuse.

The school is located on Hillsboro Lane near South Nellis Boulevard and East Hacienda Avenue.

Carter has been a teacher at the school since being hired by CCSD in 1996. Her employment status with CCSD is currently listed as “assigned to home.”