Ranier Braga, who was arrested for unlawful contact with a minor, made his first court appearance on Wednesday morning. The judge ordered him to be released on his own recognizance and placed on high-level electronic monitoring. He is also not allowed to drive for any rideshare services. His next court appearance is March 11. 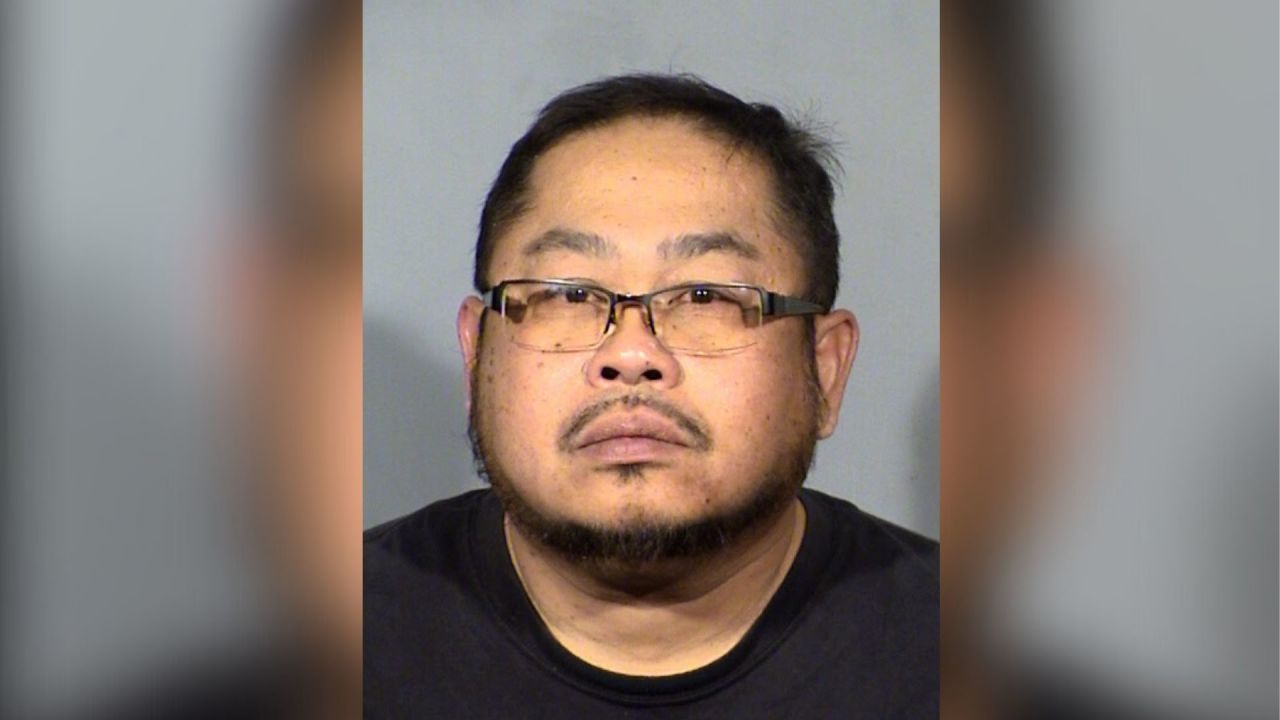 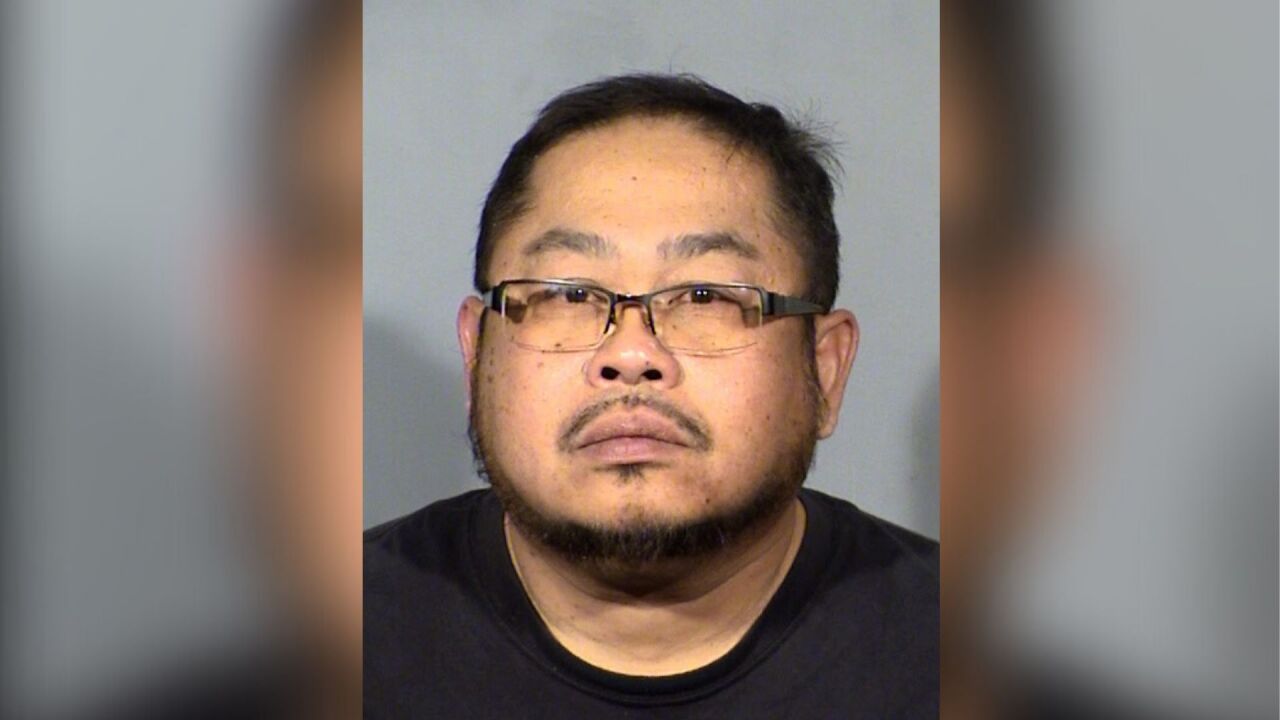 UPDATE MARCH 4: Police have released the arrest report for Ranier Braga. According to the report, Braga provided rides to the girl he is accused of having unlawful contact with twice.

Braga allegedly asked the girl about her ethnicity and told her that he likes "Boriquas" because they have "fat boddies." He also told her that he planned to get his car windows tinted so that people could not see him having sex in the back.

Ranier then reportedly asked the girl repeatedly if she wanted to go to Walmart with him, telling her that he could push a button on the rideshare app that would indicate that she was at school. He also asked the girl if she wore an ankle monitor that would notify someone if she was not where she was supposed to be.

The girl declined Braga's offers and when she was exiting Braga's car, he used his index finger to swipe under her chin and called her "sweetie."

The girl told a Child Haven employee what happened and indicated that she believed that Braga was going to kidnap her.

Braga was taken into custody on Feb. 21. He confirmed to police that he told the girl that he likes Boriquas and that he told her that he planned to get his windows tinted. He also confirmed that he asked her about ankle monitors.

He told police that being from Hawaii, he was accustomed to helping and taking care of people and that he was asking her questions in an attempt to help her.

He said he felt bad for making her uncomfortable and offered to write an apology letter.

Because of what the girl told police and Braga's admissions, he was taken into custody.

UPDATE FEB. 26: Ranier Braga, who was arrested for unlawful contact with a minor, made his first court appearance on Wednesday morning.

The judge ordered him to be released on his own recognizance and placed on high-level electronic monitoring. He is also not allowed to drive for any rideshare services.

His next court appearance is March 11.

ORIGINAL STORY: A rideshare driver working for a company called HopSkipDrive that caters to kids has been arrested and charged with unlawful contact with a minor and luring a child.

Police released a booking photo on Tuesday of 50-year-old Ranier Braga, who was taken into custody on Friday.

13 Investigates learned the arrest stemmed from a reported incident involving a 13-year-old girl Braga picked up at Child Haven.

At some point in the ride, law enforcement sources say Braga made a suggestive comment about having a sexual encounter with the girl in the back seat.

This is the type of incident many worried would happen when kids get rides with complete strangers.

As 13 Chief Investigator Darcy Spears first reported last month, HopSkipDrive is contracted with Clark County to provide rides for foster kids to and from school and activities.

It's also available to the public through an app where parents can book rides for their children.

HopSkipDrive gives rides to unaccompanied minors, unlike Uber and Lyft, which both have policies against transporting anyone under 18 who's unaccompanied.

County Commissioners approved a $250,000 a year contract with the company which has been operating in Las Vegas for less than two months.

In a statement Clark County says: "The County has temporarily suspended the use of HopSkipDrive pending the outcome of our investigation into the recent allegations. As soon as we learned about these terrible allegations we contacted the police to have the driver arrested. Prior to hiring HopSkipDrive, County officials contacted school districts and child welfare agencies that also use the company in other jurisdictions. During that review we did not hear about any problems with the drivers. In addition, all of the drivers are given thorough criminal background checks before being allowed to drive any passengers. HopSkipDrive has been cooperating fully with us and the police during this investigation.

Las Vegas Metropolitan Police detectives say Braga had access to various passengers. Anyone with information about Braga or who feels they may have been victimized by him are urged to contact the Sexual Assault Section at 702-828-3421.

Braga is currently being held at Clark County Detention Center.

The safety and comfort of every rider is of utmost importance to us. We immediately address any allegation that is made and enforce a strict zero-tolerance policy for inappropriate conduct between riders and drivers. Any allegation of wrongdoing results in an immediate suspension or termination of a CareDriver’s account pending investigation. We cooperate with local law enforcement to support any investigation.

13 Investigates learned Clark County did not consult with local law enforcement before committing taxpayer funds to contract with HopSkipDrive.

"Any time you bring in something like that, they should be consulting the police department--the county should be--to say, Are there safety concerns here?" said retired Las Vegas Metropolitan Police Lt. Chris Carroll, who worked in Metro's Sexual Assault Division.

"I realize there are safety concerns really with anything, but this is a particular situation where we're putting a vulnerable child, some of them as young as six, in the care of a stranger to ride in the car. When that kid is getting into that vehicle, they're in an extremely vulnerable situation. They're alone with somebody they don't know and they're mobile, which is much more potential for abuse than school, more than the school bus, more than daycare."

As for the background checks HopSkipDrive drivers go through, Carroll says, "The background checks are a good thing and they should keep doing them but it doesn't catch everything. There are people out there who harm kids that don't have anything in their background simply because they've never been caught yet. When they (kids) get in the car with that person, that person absolutely owns them and every measure needs to be in place to make sure something like this doesn't happen."

There's one security measure that's not in place at HopSkipDrive. The cars do not have cameras.

"I think that would solve 99-percent of your problems just by having a camera with sound in the car," said Carroll. "It's not that much of an expense to put a camera in the car with audio and video. It doesn't have to be real time with somebody monitoring it. Just to have it available so if there's an accusation made, the footage can go back and be looked at. And this helps the drivers and the company as well because sometimes, as we know, false accusations are made. And to have that camera available is, to me, just common sense."

We did speak to HopSkipDrive Co-Founder Joanna McFarland about cameras in January.

"It's something that we continue to evaluate. You know, there's a lot of issues specifically when it comes to kids and privacy."

McFarland also said in January that more than 95-percent of their drivers are female and must have at least five years of caregiving experience.

"These are people who are used to working with kids. They are moms, they're teachers, they're nannies."

It's unclear what, if any, childcare experience Ranier Braga has because HopSkipDrive won't answer questions about him.

Court records show Braga has been ordered to stay away from Child Haven and from any schools in Clark County.

He must also stay away from children under 18 unless he's supervised.

He cannot work with the rideshare company and can't have contact with minors other than his son.