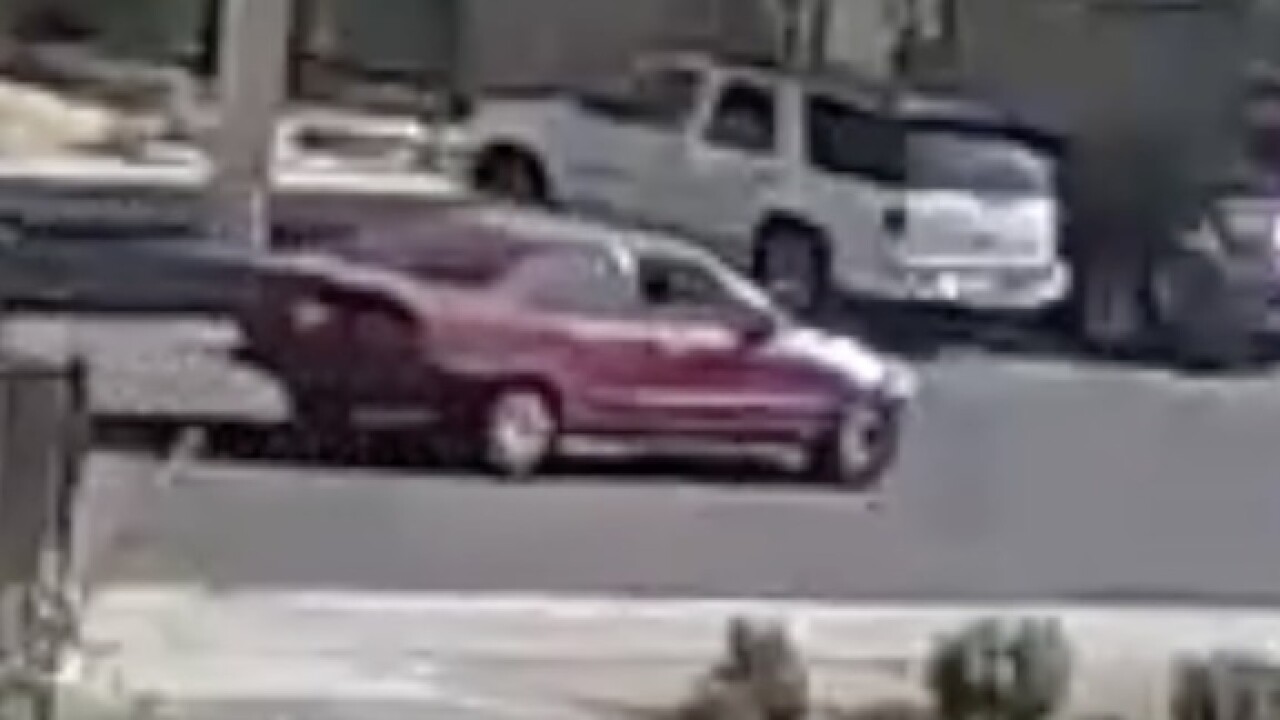 Las Vegas police are seeking a vehicle of interest in a deadly shooting last month.

Around 8:55 a.m. Aug. 27, a Las Vegas Metropolitan Police Department patrol officer was stopped at a red light at the intersection of Boulder Highway and Lamb Boulevard when a vehicle stopped next to the patrol car. A man got out of the vehicle and told the patrol officer that he had been shot.

The man indicated the shooting had occurred at an apartment complex in the 4300 block of Boulder Highway. Medical personnel were summoned and the man was transported in critical condition to the Sunrise Trauma.

The officer was able to learn the victim was reportedly meeting an associate at the apartment complex. The man indicated he was shot inside one of the apartments.

The victim in the crime was identified by the Clark County Coroner’s Office as 34-year-old Lawrence Jackson.  During the investigation, homicide detectives obtained video of a vehicle of interest that was in the apartment complex just prior to the shooting.

The man had been documented as having gang affiliation, and detectives with the LVMPD Gang Unit responded to the scene. The actual crime scene could not be located at the apartment complex.

Detectives were notified later in the day that the man had died due to his injuries. The LVMPD Homicide Section has assumed responsibility for this investigation.

Anyone with any information is urged to contact the LVMPD Homicide Section by phone at 702-828-3521, or by email at homicide@lvmpd.com. To remain anonymous, contact Crime Stoppers by phone at 702-385-5555.