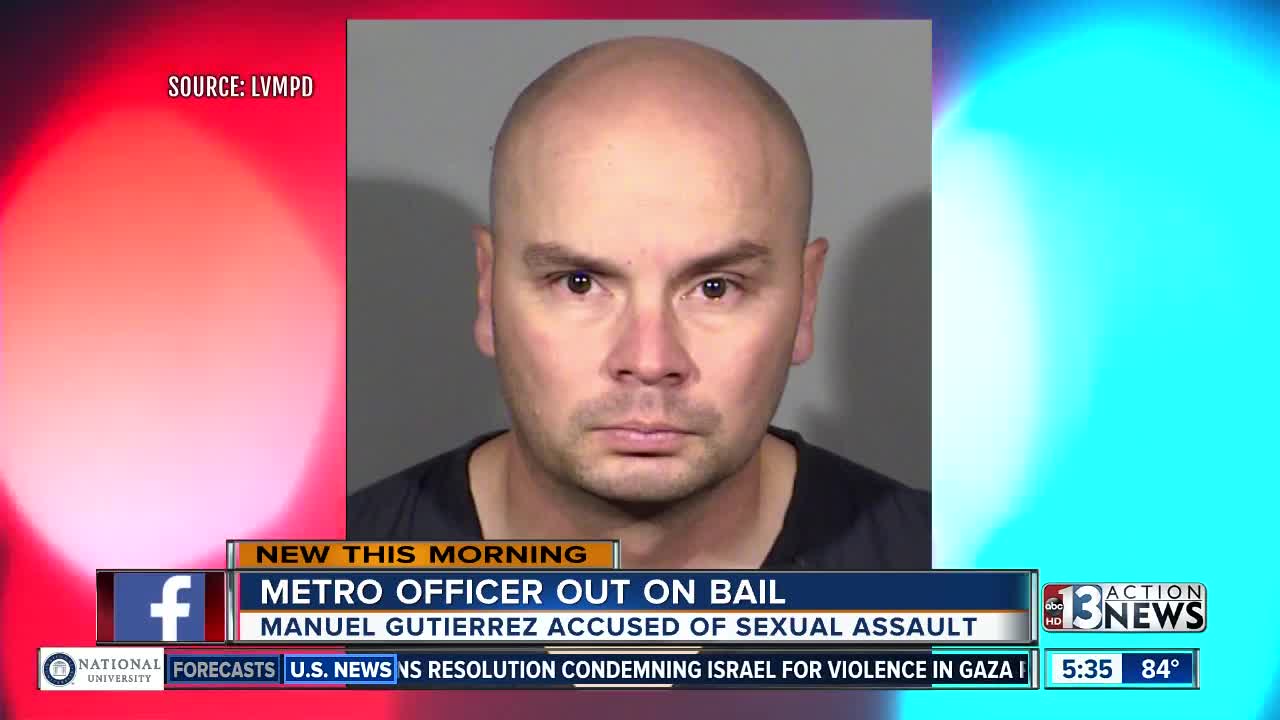 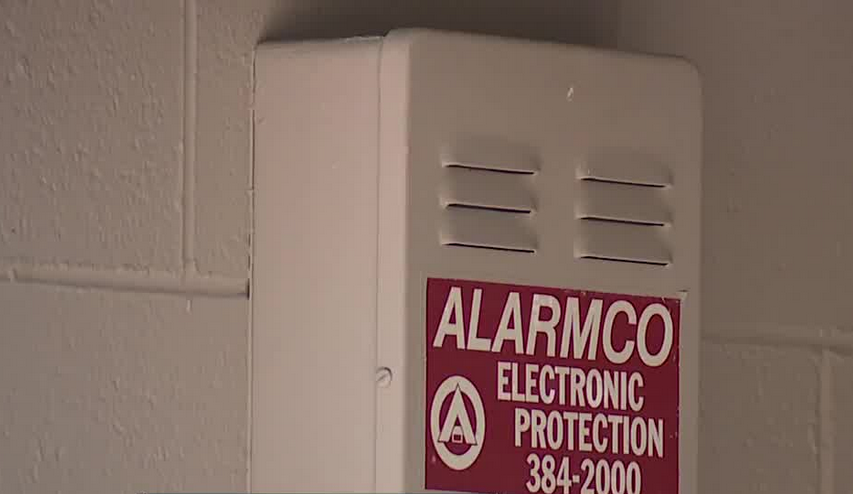 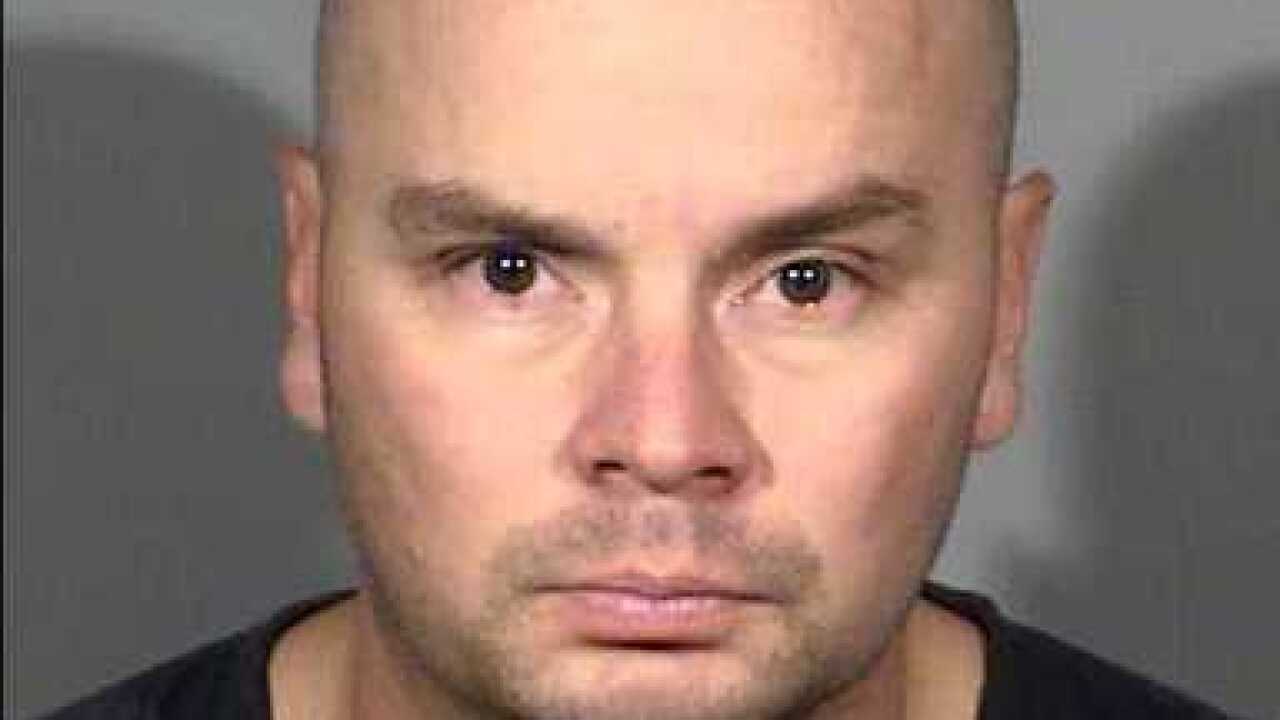 UPDATE JUNE 15: The arrest report for police officer Manuel Gutierrez reveals that it is his wife's best friend who has accused him of sexual assault.

The woman, who lives in California, had traveled to Las Vegas to visit her best friend and see her new baby. She arrived June 7.

She says that she and Gutierrez's wife spend the day together on June 7 while Manuel was at work.

The next day, the three adults went out to breakfast. Afterwards, she took a nap at the couple's home while Manuel went to work.

Later that day, the woman and Gutierrez began drinking and enjoying each other's company while they waited for Gutierrez to return home.

The woman says she went upstairs around 2 a.m. to sleep in the guest bedroom. She texted her boyfriend at 2:45 a.m. and then fell asleep.

She says she woke up with Gutierrez on top of her and can feel something inside of her. She told police she began yelling, asking him what he was doing and telling him to get out.

Gutierrez left but allegedly returned a few minutes later with the baby. The woman says she began yelling again and he asked her why she was freaking out.

The woman says she was afraid that Gutierrez would hide any evidence of what happened so she took the bed sheet off the bed and put it in the dresser.

She chose to leave and took an Uber to the nearest hospital. Once she was at the hospital, she contacted police.

According to Gutierrez, it was his wife's best friend that made the first move.

He says that he only went into her room because he wanted to make sure his small dogs were not in there. He admitted that he touched her arm and told her that he was grateful to her for being his wife's friend.

Gutierrez says that is when the woman began making advances. He admitted to police investigators that he had sex with her because he thought she was willing. He claims that the woman was upset because he did not want to finish inside of her and that is why she began yelling.

Gutierrez was arrested based on the fact that the woman was intoxicated and incapable of resisting or understanding.

Gutierrez has been released on bail. His preliminary hearing is scheduled for Aug. 30.

Gutierrez has been with the LVMPD since Feb. 2014 and is currently assigned to the Community Policing Division’s South Central Area Command.

Gutierrez will be relieved of duty without pay pending the outcome of this event.