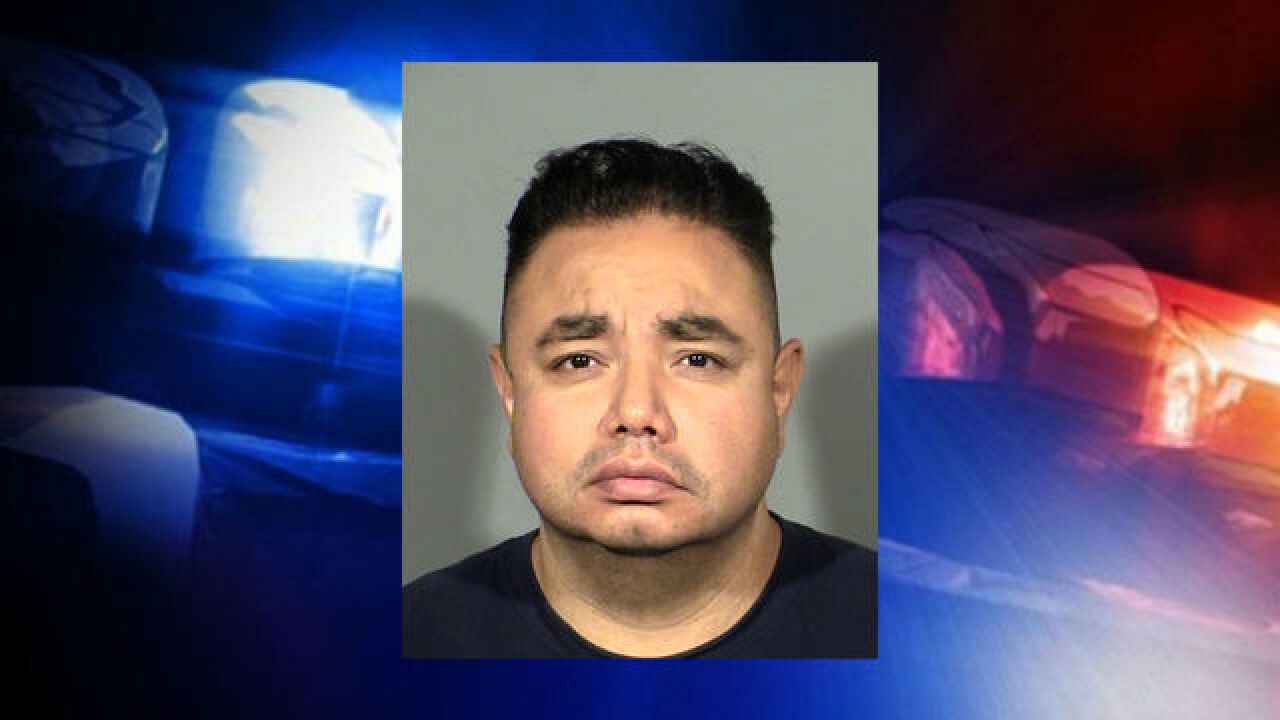 A security guard at a Fremont Street hotel was arrested this week on sexual assault charges.

On Tuesday, detectives with the Las Vegas Metropolitan Police Department Sexual Assault Section were called to investigate a report of a sexual assault. The detectives received information a victim had arrived at University Medical Center and reported she had been sexually assaulted by a security officer at a hotel located in the 200 block of Fremont Street. Detectives also received a call from an employee of the hotel who was asking to speak with them.

Detectives met with the security director of the hotel who had been made aware of a report of a sexual assault of a female visitor by a security supervisor. During this time, the victim also called in the report and was interviewed by detectives.

Police said the suspect, later identified as 39-year-old Jose Garcia, sexually assaulted the victim after threatening to turn her over to police for suspected prostitution. After the incident, Garcia let the victim leave the property.

As a result of the investigation, Garcia was arrested and transported to the Clark County Detention Center where he faces charges of sexual assault (2 counts), attempted sexual assault and open and gross lewdness (2 counts).

Anyone with any information about this incident, or anyone who believes they may have also been a victim of Garcia’s, is urged to contact the LVMPD Sexual Assault Section at 702-828-3421. To remain anonymous, contact Crime Stoppers by phone at 702-385-5555.