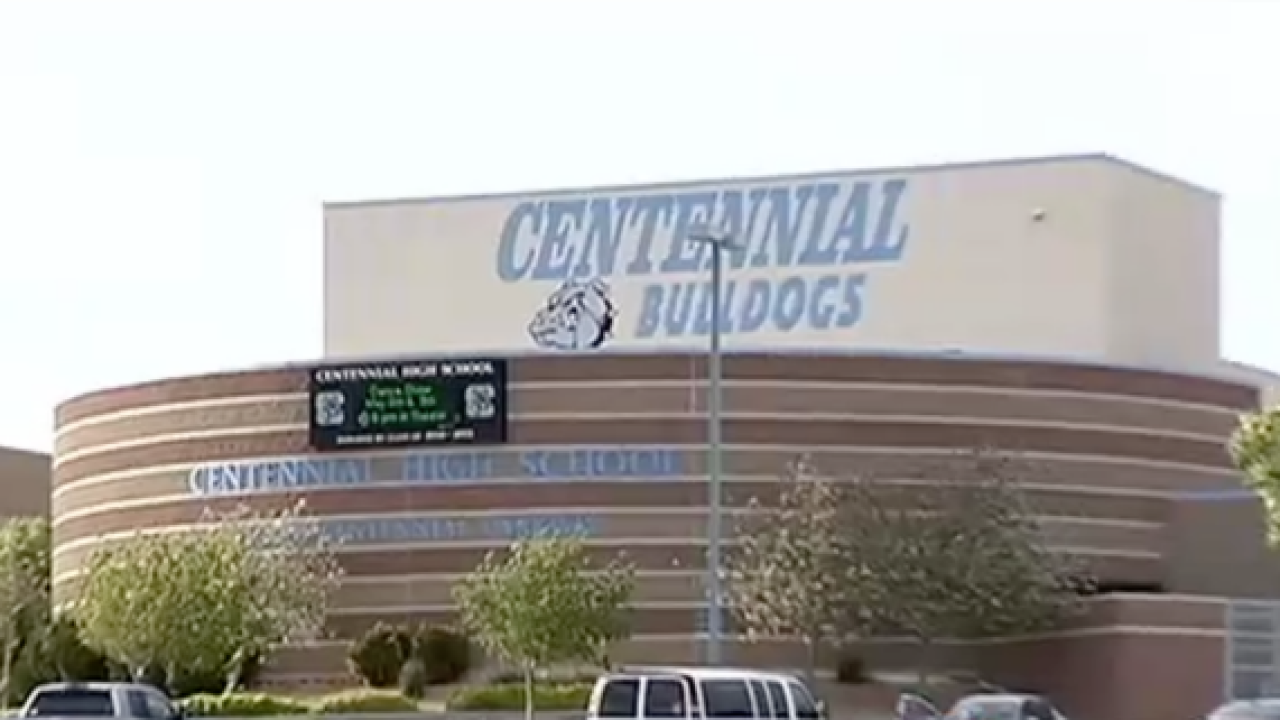 UPDATE MAY 3: 15-year-old Xavion Smith's parents, Shannon and Rasheed Smith, are calling for increased security protocols at Centennial High School their son was hospitalized following a bathroom fight at the school.

"My son is fighting for his life as we speak," Shannon said, Friday afternoon.

Xavion was still in the hospital two days after the fight, according to the family.

"My son didn't make it to first period," she said. "My son was concussed before his first class. The school is supposed to be responsible for my son."

Shannon said students told her the 16-year-old who campus police arrested following the fight wasn't the only person in the bathroom during the fight.

She said students told her that an adult man was waiting in the bathroom to attack Xavion, and that man may not have been cleared to be on campus.

"They're saying that there was somebody else in that bathroom waiting on my son," Shannon said. "My son was hit in the back of the head, and someone started to stomp on his face."

In a statement, CCSD officials said there had been no reports that a man who shouldn't have been on campus was waiting in the bathroom before the incident.

Friday, Rasheed Smith said his main priority, apart from increased security at the school, was for a quick recovery for his son.

"Please, pray for my son," he said. "If you know anything please contact police, a teacher, a counselor, anybody."

Authorities continue their investigation into the incident.

ORIGINAL STORY
LAS VEGAS (KTNV) -- A student at Centennial High School near West Centennial Parkway and North Hualapai Way was hospitalized after getting into a fight on Wednesday.

Clark County School District police say that two boys around 16 years of age were fighting in a bathroom.

One boy was transported to a local hospital. His condition is currently unknown.

The other student was arrested and is facing charges of causing substantial bodily harm and battery.

13 Action News and other media outlets reported about a large police presence at the school on Wednesday.

School police said at the time that a tip was received via Safe Voice regarding a possible shooting at dismissal time.

They are now saying that the two incidents are possibly related.