Police are searching for a suspect involved in a stabbing overnight.

UPDATE JUNE 19: Police have arrested 32-year-old Michael Cain in connection to the stabbing of a 55-year-old man on Maryland Parkway near Karen Avenue.

Detectives were conducting a follow-up investigation in the area of the stabbing around 4 p.m. on June 18 when they located Cain. He was taken into custody without incident and transported to the Clark County Detention Center. He now faces one count of murder with use of a deadly weapon.

ORIGINAL STORY: Police are searching for a suspect involved in a stabbing overnight.

PRESS RELEASE: Detectives seek suspect in late night #homicide in the 2700 block of S Maryland Pkwy. Two photos of the #suspect are shown. https://t.co/oOROj5cf1S
Anyone with info please call Homicide at 702-828-3521, or @CrimeStoppersNV at 702-385-5555. #wanted pic.twitter.com/4mDQMlzBFT

Officers believe the man to be homeless and say that he was transported to Sunrise Trauma Center where he later died.

The suspect, who is shown below, fled the scene on foot. 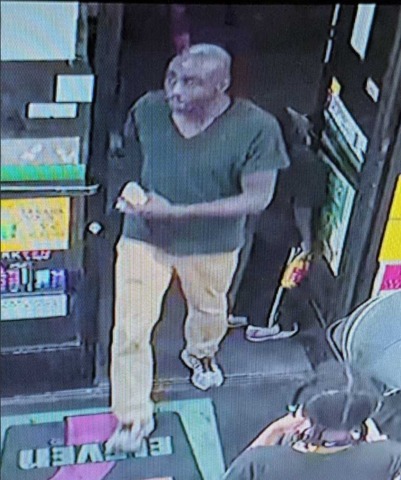 The suspect is described as a black male in his 50’s, approximately 6 feet tall, with a thin build.