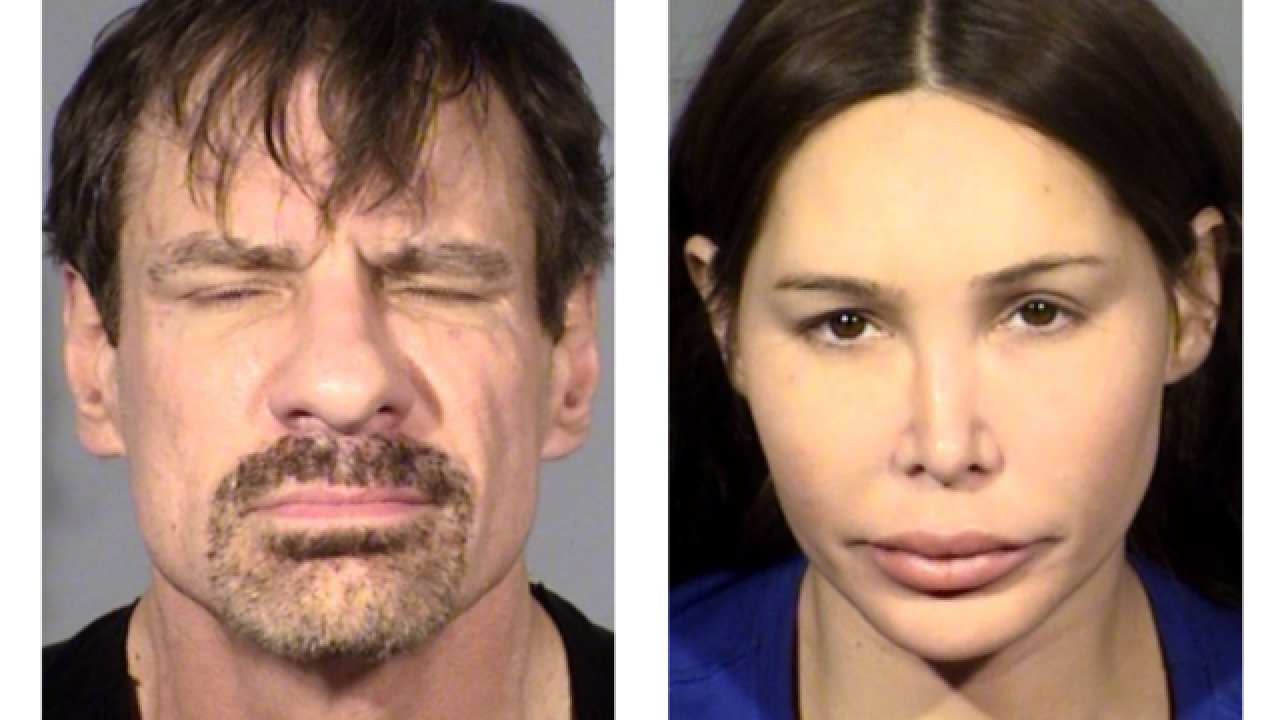 Copyright 2018 Scripps Media, Inc. All rights reserved. This material may not be published, broadcast, rewritten, or redistributed.
Tech billionaire Henry Nicholas III, along with Ashley Fargo, were arrested for drugs at a Las Vegas Strip casino on Aug. 7. <strong><a href="https://www.ktnv.com/news/tech-billionaire-henry-nicholas-facing-drug-counts-in-vegas">READ MORE</a></strong>

Conditions of the plea agreement require both Nicholas and Fargo to complete drug counseling, 250 hours of community service, and to stay out of trouble. In addition to those requirements, Mr. Nicholas and Ms. Fargo will each donate $500,000 to local drug treatment organizations. The defendants will have their progress reviewed on a periodic basis in order to determine compliance. If all the conditions imposed by the court are met, their cases will be dismissed at the end of their probationary period. However, if they fail to meet any part of these requirements, they will have felony convictions on their record.

The facts of this case were carefully reviewed by the District Attorney’s office in the same manner as all other cases, according to the DA's office. The applicable law, evidentiary challenges, the defendants’ lack of criminal history, and the fact that the 2019 Nevada legislature made it clear they wanted to see reduced punishments for drug users, were among the various factors considered in the plea agreement.

“In addition to Mr. Nicholas and Ms. Fargo getting their own treatment, their substantial donations to local drug treatment programs will help hundreds in our community who suffer from substance abuse and addiction disorders,” said Clark County District Attorney Steve Wolfson. “It is literally a game changer for the programs receiving these funds, and the citizens they help every day.”

A statement was also provided by the attorney for the billionaire and his friend:

“Dr. Nicholas and Ms. Fargo have always maintained their innocence, and today’s resolution allows them to put this matter behind them while making meaningful contributions to Las Vegas organizations focused on fighting the scourge of drug addiction. In addition to the financial donations they have already made, Dr. Nicholas and Ms. Fargo are eager to begin their community service.”

A status check has been scheduled for April 19, 2020, to monitor the defendants’ compliance.