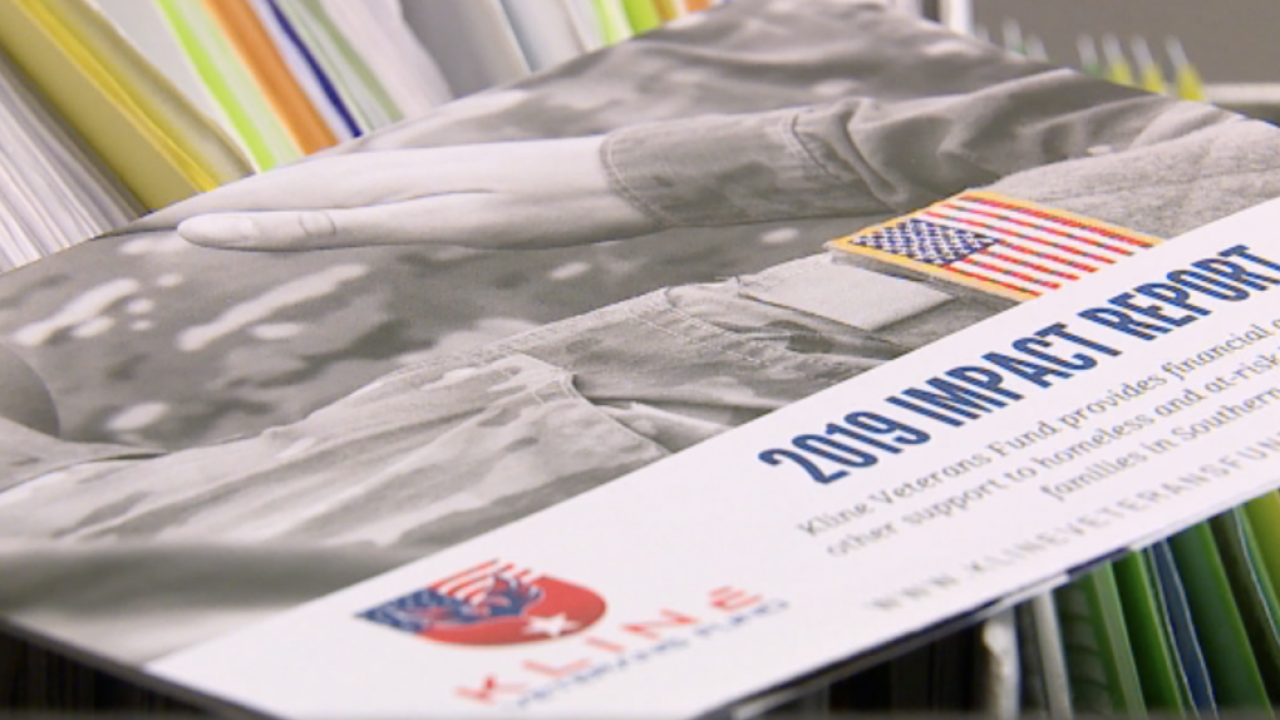 LAS VEGAS (KTNV) — The pandemic has hit Nevada residents with record unemployment and unpaid bills, leaving many with the lingering question: “What’s next?”

With the end of the year approaching and the CDC moratorium fading away, thousands of households including veteran households will be scrambling to find solutions to avoid eviction.

“It’s difficult to see the number of requests coming at us,” Stephanie Helms said.

Helms is the executive director at Kline Veterans Fund - a nonprofit helping homeless and at-risk veterans and their families pay their rent and utilities when they get behind.

The pandemic has created a snowball effect for this group. Currently, the landscape of veterans in need has changed with the number of veterans needing extra assistance increased.

“Our traditional client asking for help prior to COVID would be a gentleman in his 70s. Probably of the Vietnam era who lives in affordable housing,” Helms said. “And what we’re seeing now is a much younger skew in the age group. We’re hearing from people in their 30s 40s 50s with young families at home.”

Helms' biggest concern is what she describes as the tsunami of requests she’s expecting to see once the CDC moratorium is lifted. The so-called eviction cliff.

“The numbers are just staggering, but we aren’t just talking about the numbers. These are real people who need help or they’ll be faced with paying six or nine months of rent or being homeless. Then where do they go, what do they do next,” Helms said.

This situation could potentially lead to more setbacks.

“Even if someone can catch up on their rent for one or two months, they probably can’t catch up for eight or nine months and then that creates longer-lasting effects. So, now if they’ve been evicted that’s going to affect their credit. So, there are all sorts of trickle-down effects that are going to happen at the end of this," Helms said.

And the Kline Veterans Fund is also struggling. The nonprofit canceled two of its main fundraiser events because of the pandemic - missing out on an estimated $50,000.

“We are in a position where we’re having to balance additional need with decreased revenue,” Helms said.

However, Helms says she is staying optimistic by doing what she can to offer veterans the hope they need to survive.

“We want our veterans to know we see them we’re here to help to the extent that we can as long as the resources hold out,” Helms said.

More information on the Kline Veterans Fund can be found here.