Democratic National Convention kicks off with two Nevadans in the spotlight 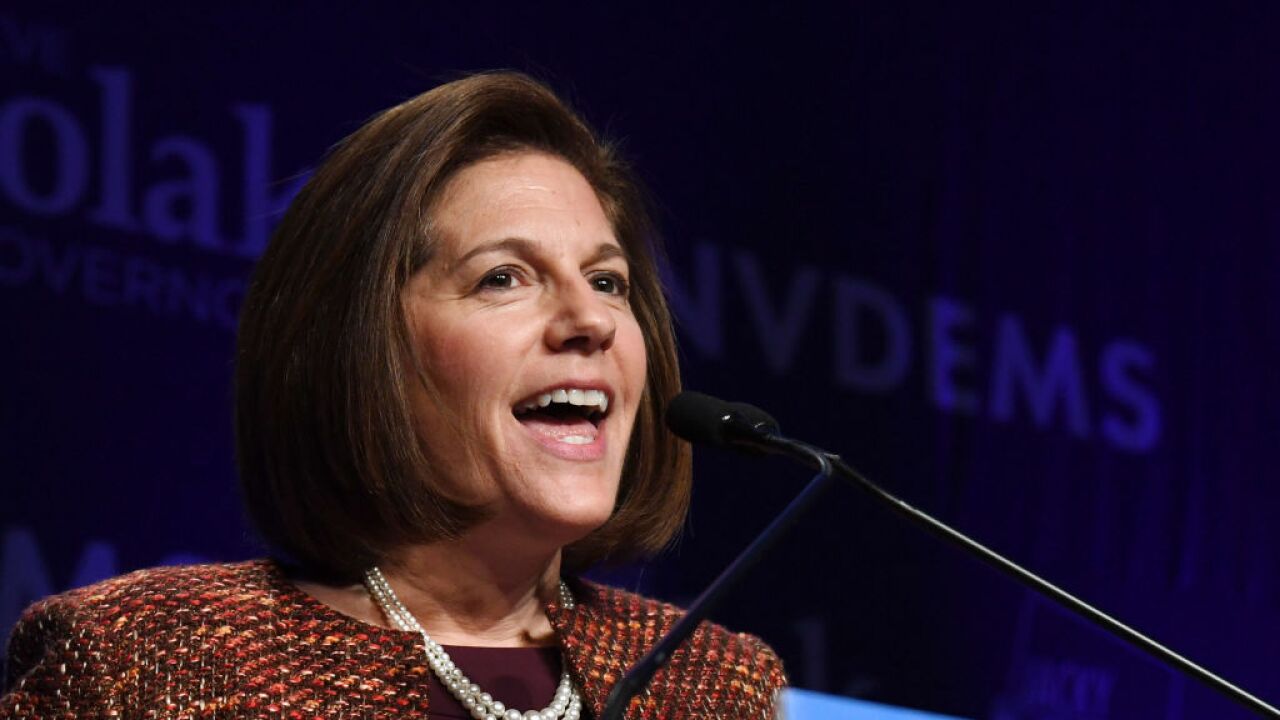 Ethan Miller/Getty Images
LAS VEGAS, NEVADA - NOVEMBER 06: U.S. Sen. Catherine Cortez Masto (D-NV) speaks at the Nevada Democratic Party's election results watch party at Caesars Palace on November 6, 2018 in Las Vegas, Nevada. Americans voted on their choices of candidates in the midterm election, which is seen by many as a referendum on President Donald Trump. (Photo by Ethan Miller/Getty Images)

"My home state took the advice of scientists and medical experts and listened to the people of Nevada to put in place a vote-by-mail system so voters have a lot of options this fall," she said."

RELATED: Nevada Attorney General responds to night 1 of the DNC

It's that bill - known as AB 4 - that drew not just criticism but a lawsuit from President Donald Trump's campaign. The bill requires all registered voters in Nevada to receive a mail-in ballot and adds additional in-person polling locations from June's election.

"He has challenged us in court with a meritless lawsuit," she said. "One that our Republican Secretary of State has asked the judge to dismiss."

Senator Cortez Masto said voting by mail has been a secure and proven option for decades, one the president himself has opted for twice in the past year. In the middle of a pandemic, she says increasing access to voting was the right thing to do.

Tomorrow, another Nevadan will be in the spotlight. Yvanna Cancela is the first Latina state senator of Nevada and she'll be featured as one of the party's rising stars tomorrow. Our coverage will continue through the week and next week with the Republican National Convention.