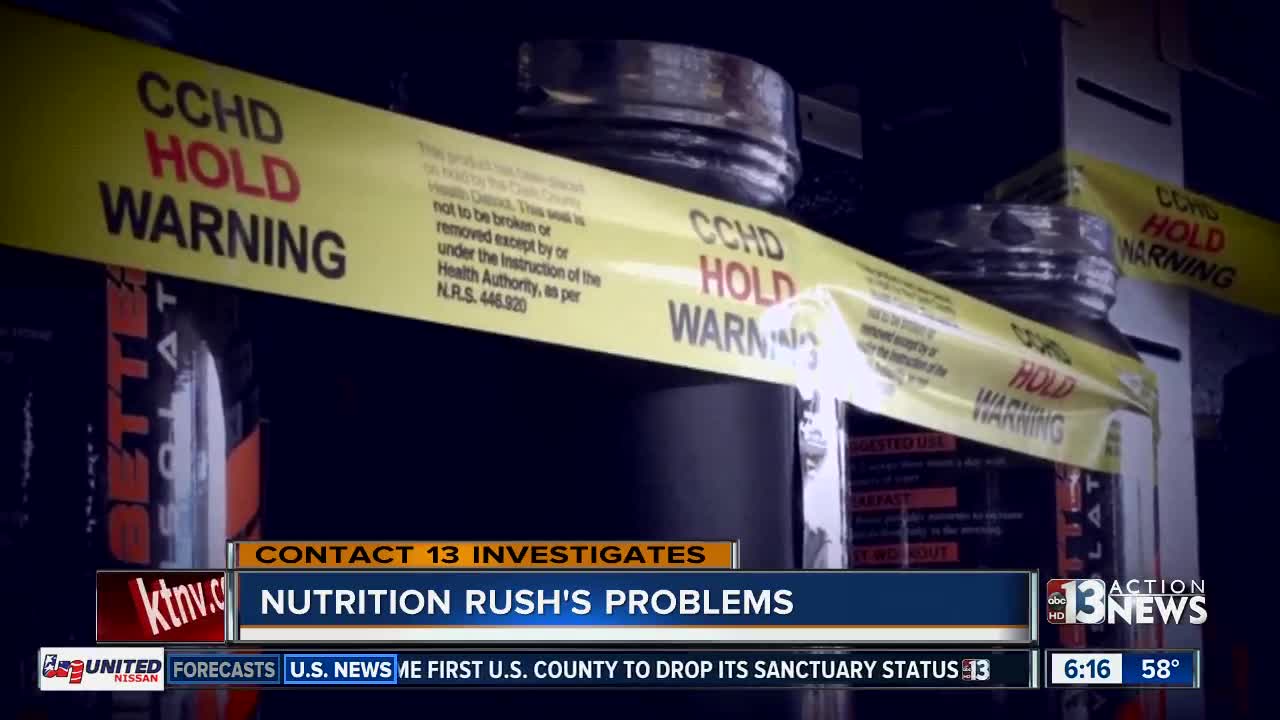 A chain of valley nutrition stores is under state and federal investigation for selling suspicious products. Stuff that's supposed to keep you healthy and fit, but could instead make you sick. 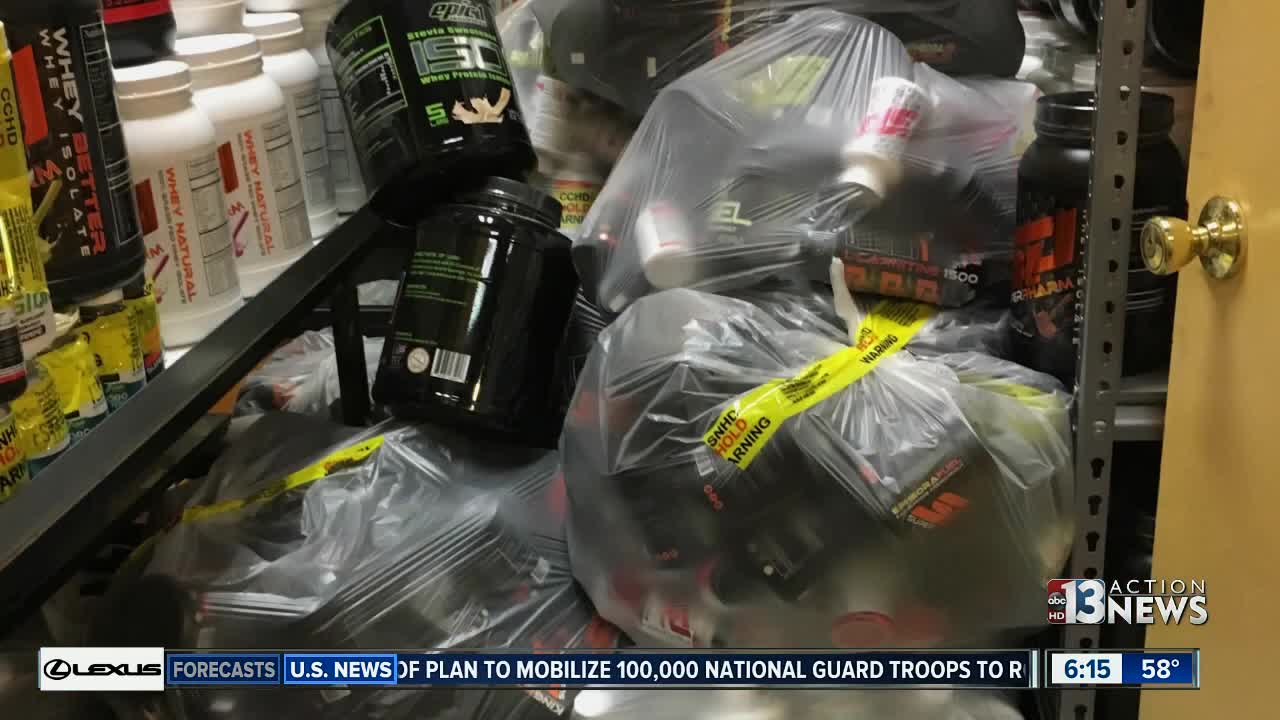 A chain of valley nutrition stores is under state and federal investigation for selling suspicious products. Stuff that's supposed to keep you healthy and fit, but could instead make you sick.

For months, Brian and Laura Kuveke, who run Nutrition Rush, have been dodging our calls and hiding from our questions.

Armed with a hidden camera, we went to the store on Eastern Avenue near the 215 beltway to see what they were telling customers about the product line they can no longer sell.

"It was made by an individual vendor who mass produced it at a cheap cost and cut corners on the labeling. State found out, got real pissed and made us pull all the product off the shelf," an employee told our Contact 13 producer.

But not because of labeling. The products have been quarantined because the company can't prove where the stuff is made.

Though they are following Health District orders at some stores, at others, we found many of the products banned from public sale are still on Nutrition Rush shelves.

"I don't know how the brand stuff works right now," said an employee at the Tropicana and Decatur store.

The federal Food and Drug Administration has opened what could become a criminal investigation. The Health District's case is still open too. And we believe they still don't know where the Nutrition Rush brands are made.

But many others say they do.

"I was shocked that this is possible, this is really happening, this is what I'm looking at," said a former employee who spoke on condition of anonymity.

The person says the stuff is brewed in a bathtub.

"So in the bathroom, bathtub, all of the product is inside of the bathtub and they just scoop it up with the capsules."

A housing compound in Brian Kuveke's name on the outskirts of town in Henderson is where multiple former employees say the Nutrition Rush house brand products are mixed and packaged in highly unsanitary conditions.

We're told in addition to the bathtub, some of the products are mixed and packaged in a large garage on the Kuveke property.

"It smelled so bad," the former employee said. "Because the dogs - they pee on the floors, they poop. They bring their animals to work, so they're all around the product."

Nutrition Rush's website claims their exclusive product lines are manufactured by multiple companies and produced in certified, sanitary labs. But no such documentation has been provided to the Health District to lift the hold order. A former employee says they'll never be able to because the company makes their product at home.

All we found at the Kuveke home was what the former employee described - a yard strewn with old appliances, discarded mattresses, and barking dogs.

At their primary business address, the front desk employee runs interference as we watch a woman go from one office to another without a word, closing the door as we try to talk to her.

Another reason the Health District issued that hold order was because they believe the products may be "Unwholesome, adulterated or misbranded." One former employee alleges that there's Kool-Aid in the mixture.

We asked the employee about all those quarantined brands. The employee claims that they're the exact same product, just with a different label.

Our producer found they're now steering customers toward a new label, Rogue Nutrition, with a website that looks just like all the other quarantined brands.

He may stay in the paperwork shadows because he's a convicted criminal with a record of drug, weapons and stolen property charges.

"They're doing things that are harmful to people versus helping people just to make some money," said the former employee.

But, there's a problem with the money too.

Just days after our first story aired in December, Laura Kuveke filed for bankruptcy at 21 Nutrition Rush locations in three states, 11 of them here in Southern Nevada.

They've also been kicked out of all Eos Fitness gyms.

And, we've learned their status at Las Vegas Athletic Clubs is "pending."