CCSD to discuss budget tonight at a school board meeting, including a $37.8 million shortfall. 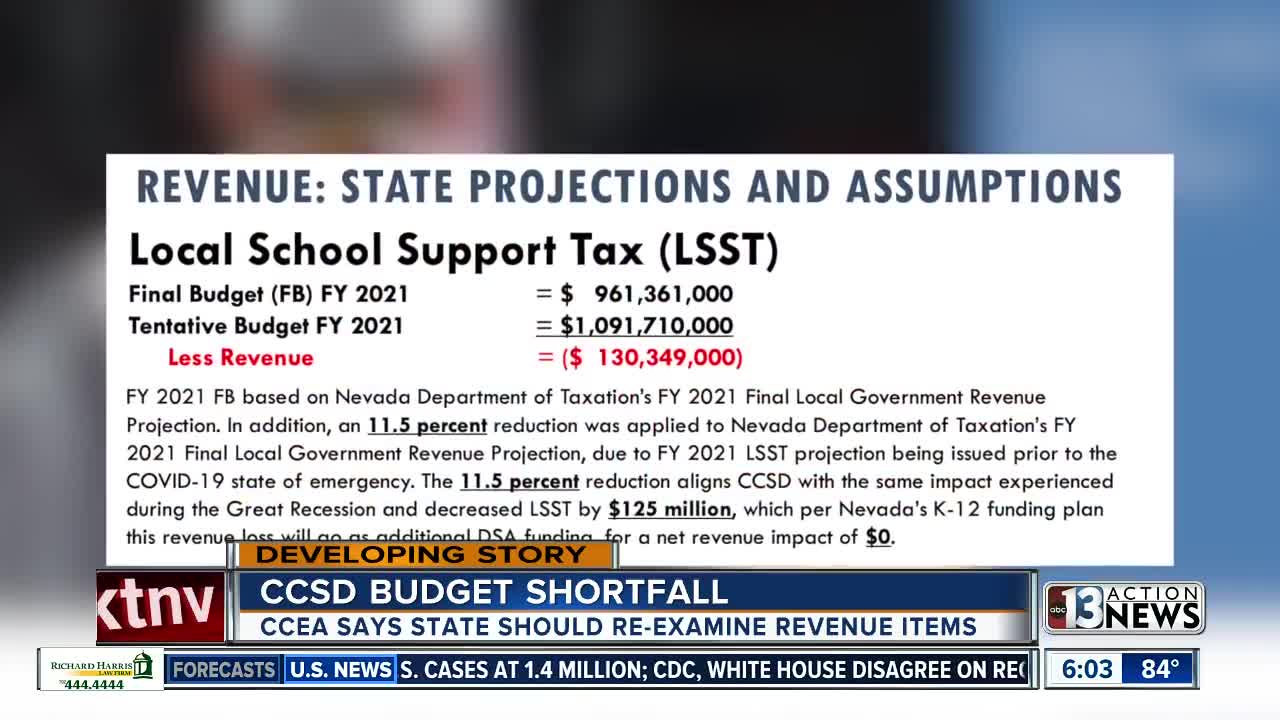 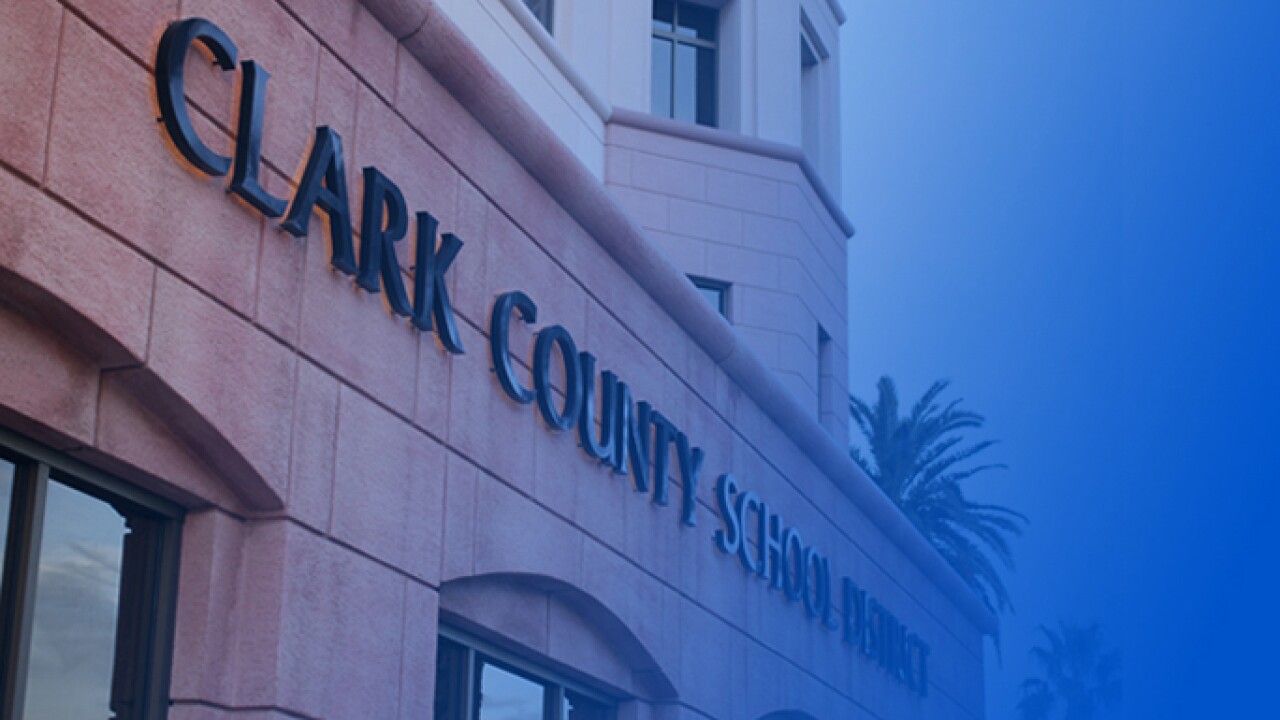 UPDATE MAY 18: Clark County School District Board of Trustees are set to discuss the 2020-2021 budget on Monday.

The budget layout estimates a massive drop in local sales tax revenue because of a lack of tourists. They're projecting $37.8 million needs to be cut from the school district's budget.

It's still not clear on whether there will be a vote to approve the new budget.

ORIGINAL STORY
LAS VEGAS (KTNV) -- Clark County School District faces an estimated budget shortfall of almost $37.8 million for the 2020-2021 school year, according to a budget breakdown provided by the district.

The CCSD Board of Trustees is meeting on Monday to adopt the final budget.

The breakdown shows a majority of the money comes from the Local School Support Tax (LSST), part of general sales tax.

The district says the final LSST budget is based on Nevada's tax department revenue projection, which has been cut by 11.5% because the 2021 LSST budget was issued before the COVID-19 state of emergency.

The 11.5% reduction aligns CCSD with the same impact experienced during the Great Recession, the school district says, but it plans to make up those funds by increasing the amount from the Distributive School Account (DSA).

The DSA is funded by a General Fund appropriation, sales taxes on out-of-state sales, income from federal mineral land leases, interest from the Permanent School Fund, and a portion of the state taxes on slot machines. It also includes revenue from the marijuana wholesale tax and marijuana fees.

As for where the money is spent, CCSD shows 87% of the budget is allocated to salaries and benefits and 13% goes to "other" expenses, such as textbook/supplies, fuel/vehicle/buses, etc.

RELATED: Marijuana tax money for schools: Where is it going?

One of the most common questions we receive on social media for any school funding story is where is the marijuana money? Revenue from marijuana is included in the DSA and in 2018 the Nevada Board of Education provided this breakdown for clarification:

MarijuanaRevFactSheetJan18_2 by K on Scribd

Kenneth Retzl, the director of education policy at the Guinn Center says the district was correct in anticipating the shortfall.

“They did account for a lot of the revenue shortfalls and it looks like they accounted for what the governor was projected for a shortfall for the FY 2021 school year,” he said.

However, the impact of the shortfall is offset with a rise in property tax revenue and the state’s distributive school account, funded by the state’s general fund, taxes on slot machines and marijuana fees.

“The state of Nevada has a seemingly over-reliance on the sales tax and seemingly under reliance on property taxes,” Retzl said.

He says any layoffs and cuts at CCSD remain to be seen but says relief from the federal CARES act could provide help.

“Instead of cutting some programs or staff, they’ll use it for that. Maybe they’ll use it to re-up their curriculum. I guess time will tell,” Retzl said.

Superintendent Jesus Jara addressed the budget at a virtual town hall Tuesday. He says he still hasn’t heard from the state on how much spending will need to be cut. Governor Steve Sisolak told state agencies last month to prepare for cuts of 4 to 14 percent for the next two years.

“We’re looking at individual schools and schools have done their strategic budgets and we’re going through that process but not as an entire district for next year. We don’t have the budgetary numbers from the state department at this time,” Jara said.

“There are not enough cuts to be made without devastating this state without having a discussion on revenue.”

“We cannot continue with this kind of economy that crashes the moment we have no revenue coming in on sales tax or gaming,” he said.

He argues instead of cuts to education, other revenue streams should be examined like mining and property taxes.

“There has to be a conversation of cuts in the context of more revenue or restructuring our revenue stream,” Vellardita said.

He believes parents, motivated by their experiences managing their kids with distance education, will oppose cuts to education.

“Let parents weigh in on this decision. Do you want to cut a bare bones situation already and I think the answer is going to be overwhelmingly no,” Vellardita said.

He is making it clear there’s no dispute with CCSD, and action should be taken at the state level to address its budget shortfall.

“This is an issue that has to be solved with a global effort at the state level,” Vellardita said.