CCSD postpones board meeting, teachers chant 'We'll be back' 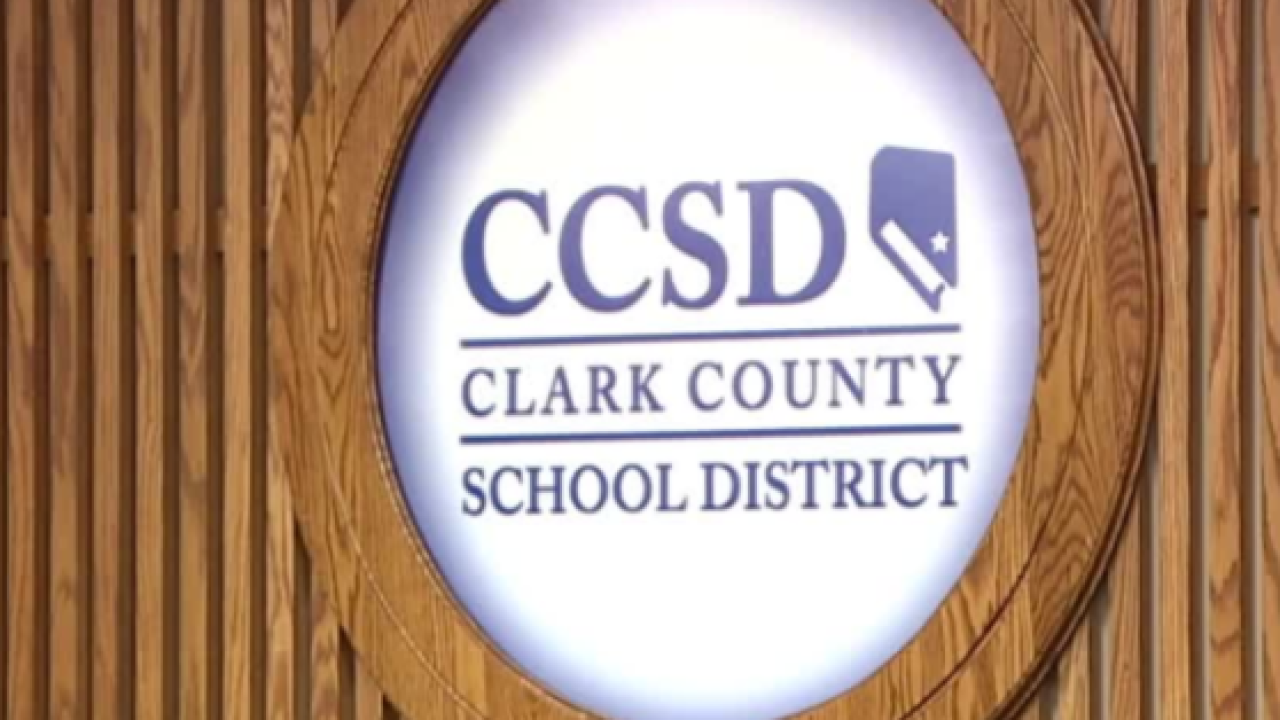 The full statement from CCSD:

"As we continue negotiations with the teachers union, it is vital that cooler heads prevail in order to maintain the integrity of this process. Talks are not over and the district is very interested in continuing discussing possible solutions that will lead to a fair compromise for all involved,” stated Superintendent Dr. Jesus F. Jara in response to inflammatory outbursts and threats at tonight’s Board of School Trustees meeting.

“It is unfortunate that we had to end the meeting early, but for the safety of our Trustees, and everyone else in attendance, it was the right course of action. Safety at our public meetings must remain paramount in order for the community to feel free to come and discuss matters affecting their children. Our children are watching and we have to be the good examples they deserve. Whether they are being taught in the classroom or when outside of the classroom, every decision we make has to be made with students as our top priority because their well-being is impacted. We look forward to continuing this process in hopes of coming to a resolution very soon.”

UPDATE 8 P.M. AUG. 22: A Clark County School District board meeting ended early on Thursday after a heated public comment period. The trustees took a recess, which angered the crowd, and it was announced that the meeting wold take place at a later date. Teachers responded by chanting, "We'll be back."

Adding fuel to the fire, Thursday's meeting got off on the wrong foot.

“Your anger is misplaced but it is our job to absorb it,” says Lola Brooks, trustee president.

Teachers didn't hold back during the public comment section of the meeting.

"There is no hope for any of us to get a raise in this district, stop making promises that you can’t keep," says one teacher.

Following the meeting, 13 Action News spoke with union president John Vellardita who says every teacher should have been heard during the meeting.

“To not accommodate time for people that are on the front line teaching these kids, who put in 12-14 hour days is disgusting," says Vellardita.

WATCH THE FULL MEETING BELOW

HIGHLIGHTS FROM THE MEETING

MOMENTS AGO: The @ClarkCountySch board meeting began with a Trustee saying to teachers, "Your anger is displaced but we are here to absorb it."

Moments later, the board ends the meeting and tells the attendees it will be postponed for a later date

Teachers chant "We'll be back" in response pic.twitter.com/pUKbK5uL8K

ORIGINAL STORY
LAS VEGAS (KTNV) -- The Clark County School District's communications office released a statement Tuesday as talks continue amid a pending teacher strike within the school district if a deal is not made.

CCSD's release said that despite continuing talks with the labor union, to avoid a strike by the district's teachers, district leadership is aggressively preparing a comprehensive contingency plan that will provide continued academic enrichment and high-quality meals for the students they serve.

This plan will include all schools within the district to remain open during their regular bell schedules, in the event of a strike, according to CCSD.

“A strike must be prevented. We agree that teachers deserve more pay, which is why we are offering a 3 percent raise, a steep increase and contributing 4 percent towards medical for all their tremendous work,” Jara said. “The total for those increases is approximately $69 million, therefore an additional request cannot be met with an approximate $35-million-dollar forecasted deficit for the biennium.

Tuesday's meeting was also planned to allow for a collective voice for leaders to be at the table in case a compromise isn’t reached by the union’s Sept.10 deadline.

"A compromise must occur to ensure our student’s academic progress isn’t interrupted. CCSD will work tirelessly at the bargaining table to reach a deal that supports the best learning environment for all children, " Jara said.

At the meeting, administrators were grouped by school divisions (elementary, middle and high) and asked to provide creative and thoughtful ways to engage students, if a strike does occur, according to the district.

The CCSD human resources office reported that is working diligently to ensure it has an active pool of qualified substitute teachers available in case a decision is not reached.

"If the union leadership moves forward with a strike, please know we are committed to providing all children with safe buildings and quality instruction," Jara said.

Additionally, the district is requesting the support and partnership of retired teachers, local universities and other philanthropic organizations to ensure schools will be are staffed properly.

“No child will be turned away from our district. All doors will remain open, regardless of any decision by union leadership," Jara said.

The district also reported it will be waiving all fingerprint costs associated with substitute hiring - to shore up qualified support for the classroom - as any interested candidates can apply here.

CCSD said further information will be provided to parents, staff and the community as the process continues to unfold.