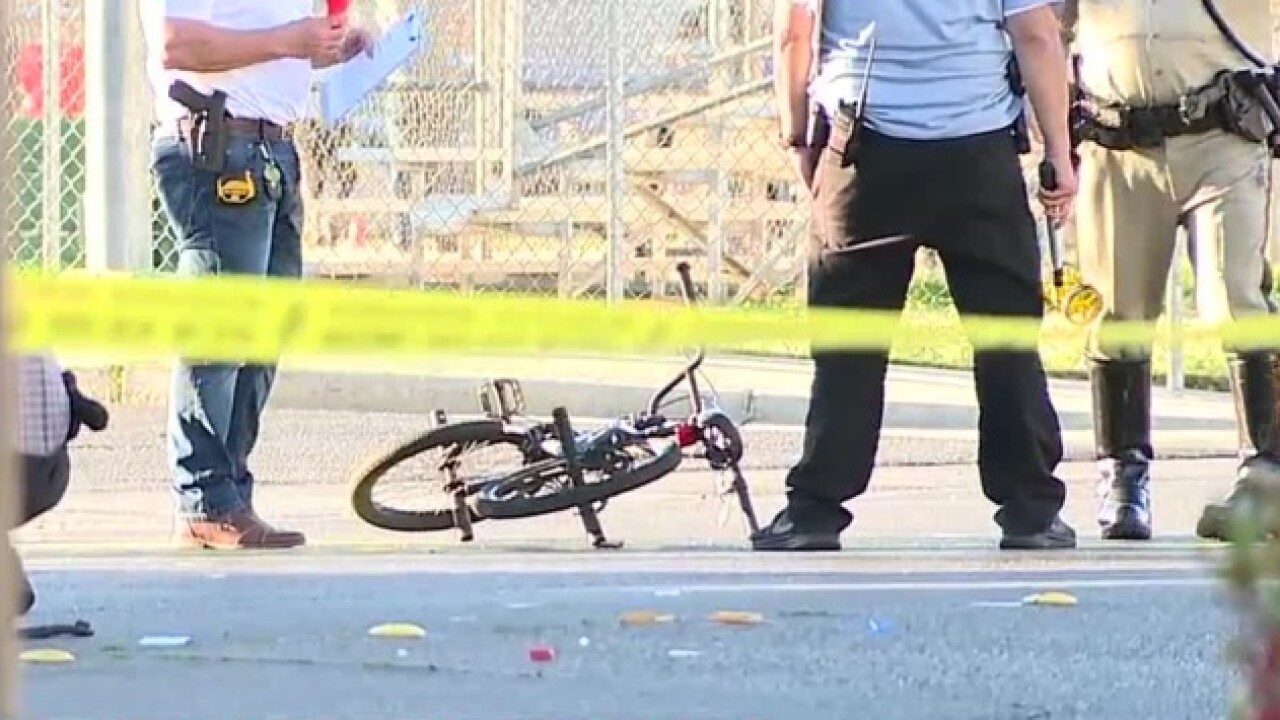 UPDATE ON MARCH 24: 13 Action News spoke off camera with the mother of the 9-year-old boy who was killed. She identified him as Niccoli Franklin.

The mother said Niccoli attended Cartwright Elementary School where he was a 4th grader. Police said that the boy was not wearing a helmet at the time of the crash.

He was with his 6-year-old brother and 8-year-old sister at the time, and they witnessed the crash.

Their grandmother lives nearby and was babysitting them while their mother was at work.

Police say the female driver in her 30s was not impaired or speeding when she tried to make a right turn at the intersection, but parents told 13 Action News that they often see distracted and speeding drivers in the busy area, which is also near an apartment complex and shopping center.

Jessie Griffin, a mother of three, said her son has youth football practices at the school a few times a week.

Police said the driver is cooperating with the investigation and was understandably shaken due to the crash and because her own child was in the vehicle with her.

LAS VEGAS (KTNV) -- A 9-year-old boy has died after being hit by a vehicle not far from Charles Silvestri Junior High School Friday afternoon.

The crash occurred near Jack Leavitt Street and Le Baron Avenue, not far from Maryland Parkway and Silverado Ranch Boulevard. Police said a driver in her 30s was stopped at the intersection trying to make a turn at Jack Leavitt when she hit the boy, who was riding his bike near the curb. She told police she didn't see him.

The boy died after being transported to Sunrise Hospital.

The driver is not believed to have been impaired. She has remained on scene and is cooperating with investigators.