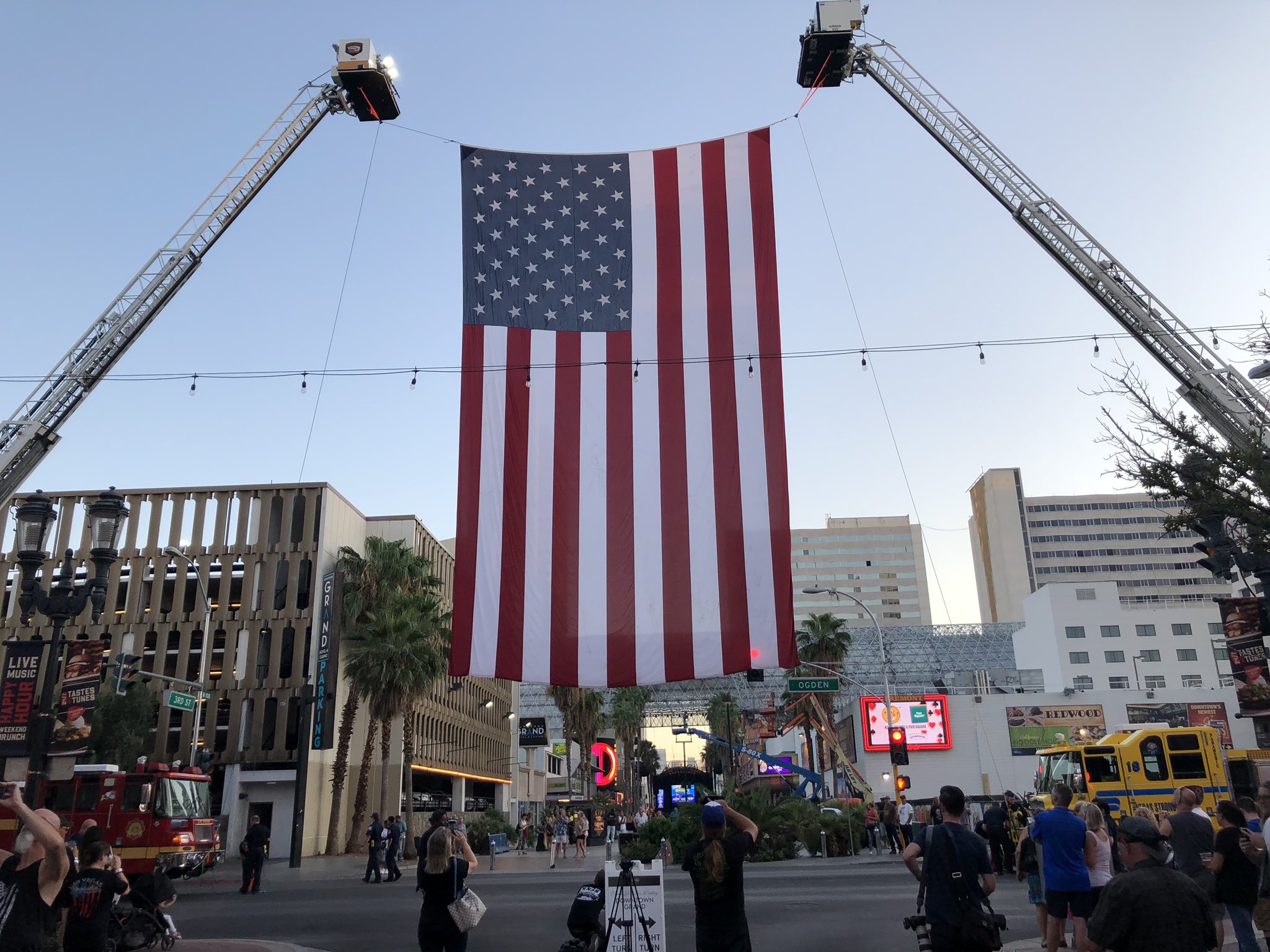 LAS VEGAS (KTNV) — The Annual Flag Ladder Arch Event, honoring the heroes and victims of the 9/11 terrorist attacks 18 years ago, was given the green light to roll down 3rd Street in downtown Las Vegas after weeks of controversy nearly canceled the parade.

It has always ended in front of Hogs & Heifers, Michelle Dell's saloon.

"It is glorious in the way that our country comes together to honor those we lost that day," Dell said, "but it's also really important to remember that this is a very emotional day."

She relocated Hogs and Heifers to Las Vegas from New York in the years following the collapse of the Twin Towers.

She said she was there when the towers came down.

The parade was nearly canceled as construction at the Downtown Grand closed 3rd Street to parade organizer's use.

"Downtown Grand has always supported our first responders and the annual 9/11 remembrance ceremony. The ceremony has historically required the closure of the 3rd Street in its entirety on Downtown Grand's property. This year, due to construction of a new tower at Downtown Grand, the main entrance and valet to Downtown Grand has been temporarily relocated to 3rd Street to accommodate ongoing operations and pedestrian safety. As a result, we are unable to accommodate the entire closure of 3rd Street. We are making an alternate suggestion to the organizer, and have also requested the City of Las Vegas to assist in identifying alternate locations suitable for the ceremony that works for everyone."

13 Action News told Dell's story of struggle with Downtown Grand in late July, and on Aug. 1 the Downtown Grand agreed to allow the parade to resume course on 3rd Street.

"It's my generation's Pearl Harbor," Dell said, "to say no to it is saying no to every first responder, every member of our military"

Parade Organizer Mike Tomko said in negotiations with Downtown Grand they worked together to find a solution allowing thousands to pay their respects to lives lost in 2001.

"We will come back here every year in the future," Tomko said, "we need to never forget."

"All of those 343 brothers and sisters who gave their life that day deserve the recognition as well as all the other lives that were lost and or changed," Reveles said.

The parade begins at 7 p.m. on Main Street, stop for 10 minutes on 1st Street, and end on 3rd Street at Hogs & Heifers Saloon.