A brief history of the monsoon in Las Vegas 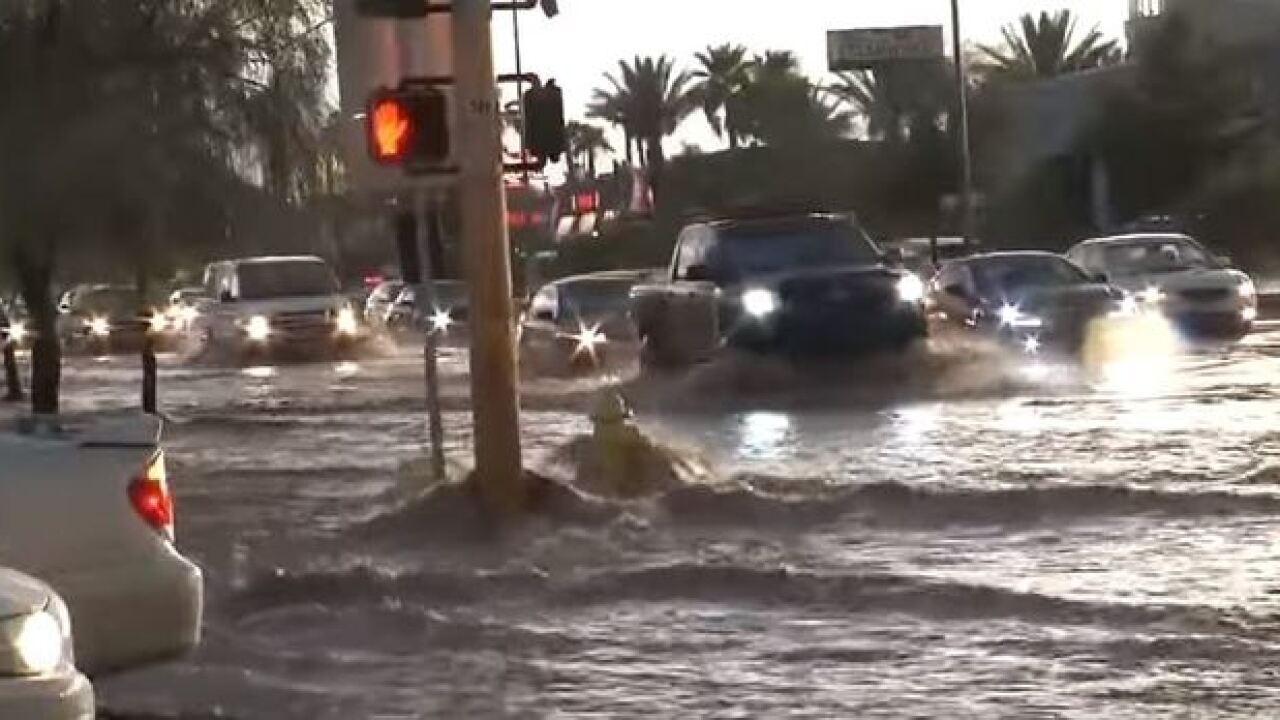 It's nearly summer in Las Vegas, which means hot temperatures but also monsoons.

According to National Oceanic and Atmopsheric Administration, a monsoon is not a single storm but a seasonal wind shift over a region, in this case, the Southwest bringing in moisture mostly from the eastern Pacific and Gulf of California. Some summers of monsoons bring heavy rain and thunderstorms but others little to no precipitation.

NOAA has climate data regarding Las Vegas dating back to 1937. One set specifically looks at the greatest and least number of thunderstorm days during a monsoon, which lasts from June 15 to Sept. 30.

In 2015, there were 26 days of thunderstorms, but not all during the monsoon.

The thunderstorms often bring flash flooding as rain falls over a much shorter period of time. NOAA reports that when late-season tropical systems coincide with the monsoon flow, it can make flooding worse.

According to NOAA, Southern Nevada was hit in September 1997 by a tropical storm for the only time in recorded history when Nora passed by Lake Mead before turning into a tropical depression. Nora brought more than 3 inches to Mount Charleston and just under an inch of rain at McCarran International Airport. Fortunately, flooding was not as severe as earlier tropical systems.

In September 1976, the remnants of Kathleen caused flooding in the Charleston and Bonanza underpasses with as much as six feet of water on them, according to a NOAA report. Flooding was particularly bad during the evening commute of Sept. 10, 1976. Roads leading to Blue Diamond, Mount Charleston, Valley of Fire and Death Valley were washed out. In Bullhead City, Arizona, rain totals were between 2 to 5 inches and damages totaled $3 million in 1976 dollars.

September 1939 ranks as one of the wettest months ever in Las Vegas, due to three separate tropical systems hitting Southern Nevada, according to NOAA. The official Las Vegas climate station saw 3.39 inches during the month. Charleston Boulevard was flooded and there was severe flooding damage on what is now U.S. 95 between Searchlight and Needles.