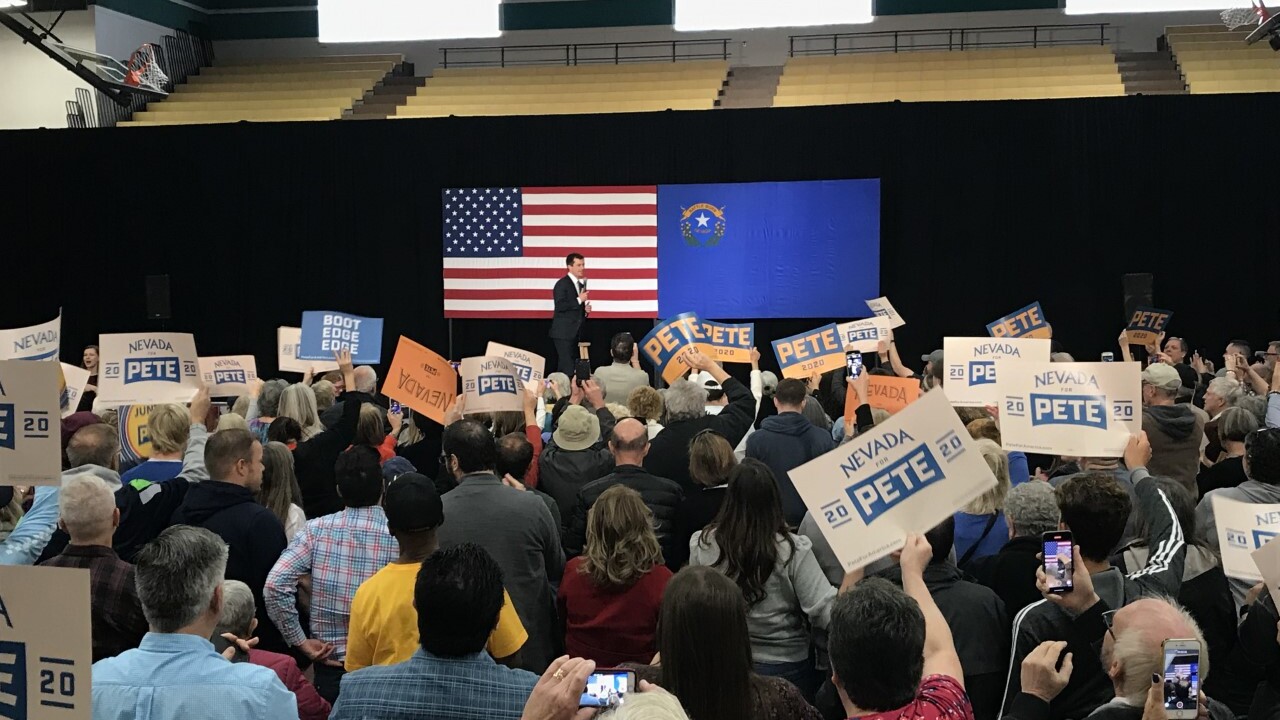 His speech was also not short of jabs directed at President Donald Trump.

“The purpose of the presidency is not to glorify the president, it is to unify the American people and get these big things done,” said Buttigieg.

Biden spoke at Rancho High School on Saturday afternoon. He talked about Iran, and said if elected he would bring more minority men and women to power.

Castro says Nevada will be key in the 2020 election.

“When I think about Nevada I think about the future. Nevada matters,” said Castro. “I’m happy to be here campaigning for [Warren].”

Senator Amy Klobuchar was also in Las Vegas on Saturday.

In a Fox News poll of Nevada voters, when asked who they’d like to see as the democratic president nominee, Biden took the lead.

He was followed by Bernie Sanders, Tim Steye, Elizabeth Warren, then Pete Buttigieg.