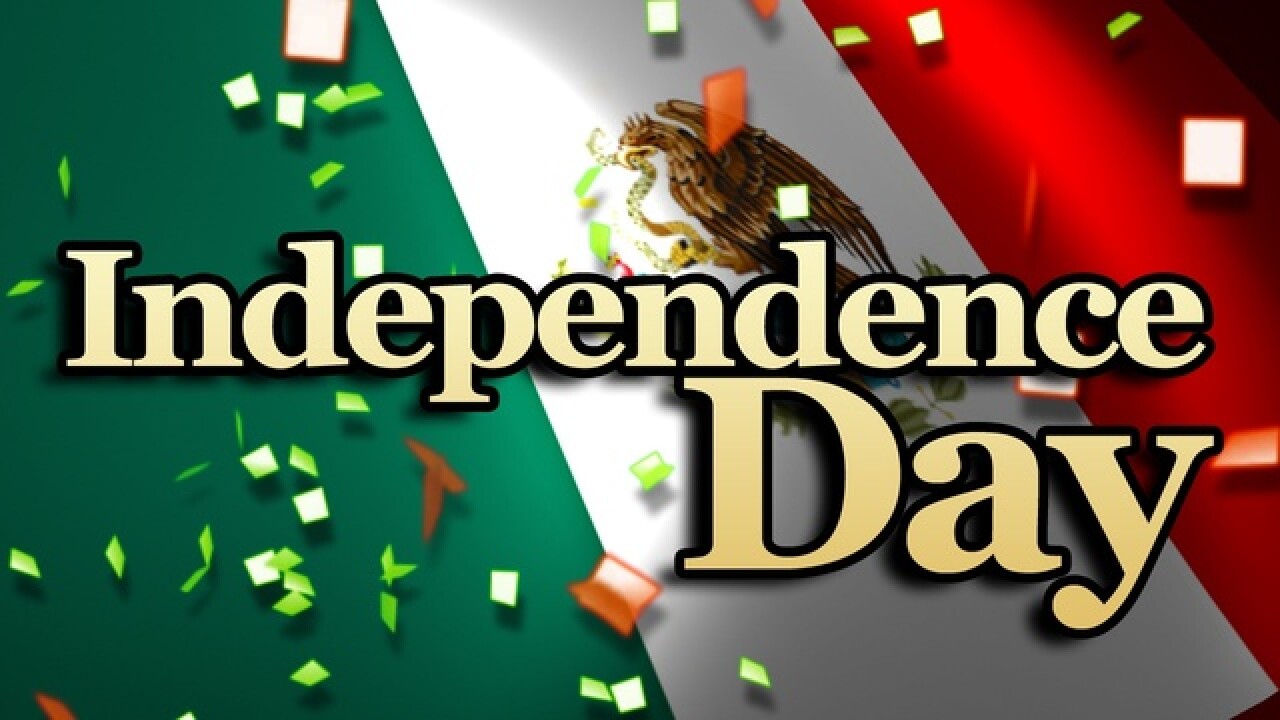 The following is a list of Mexican Independence Day 2018 celebrations in Las Vegas:

BEER PARK AT PARIS LAS VEGAS
The Strip-side restaurant will offer street tacos and live entertainment to celebrate Mexican Independence Day on Sunday, Sept. 16. Carne asada, pork and chicken street tacos will be available from a roaming taco cart for $5 each. A Mexican-style hot dog made with a bacon-wrapped Bavarian sausage and topped with onion, mayonnaise, and jalapeño will also be available. Billiards and foosball will be entertainment options in the oversized yard.

CAESARS PALACE
Kick off Mexican Independence Day weekend with Luis Miguel, one of the most successful artists in Latin American history, at The Colosseum at Caesars Palace as part of his ¡México Por Siempre! tour. The performance will be at 8:30 p.m. on Sept. 14 with tickets starting at $75. Latin superstar Enrique Iglesias also performs at The Colosseum with showtimes at 8 p.m. Sept. 15-16 with tickets starting at $46.

CONTAINER PARK
Shout it out loud in honor of Mexican Independence Day and ‘El Grito’ on Friday, Sept. 14 with Metalachi - the world’s first and only heavy metal mariachi band. The free event runs from 8 p.m. to 3 a.m. with additional entertainment by Danny Lozada and the Latin Fusion Band along with DJ Bad Antikz closing out the evening. Drink specials on The Lawn will feature $5 Espolon tequila shots, $6 Corona and Modelo drafts, $9 Palomas, $10 Cadillac Margarita and Tequila Sunrise cocktails.

LAS VEGAS LIGHTS
Lights FC face-off against Portland Timbers 2 at 6 p.m. Sunday, Sept. 16 at Cashman Field. Mariachi performances will be throughout the night with red, white and green fireworks after the match.

PANCHO'S MEXICAN RESTAURANT
Celebrate Mexican Independence Day with happy hour offerings and half-priced tequila shots on Sunday, Sept. 16. The tequila shots will be available from 3 p.m. until close and include the signature Pancho’s Barrel Select Reposado tequila as well as over 35 brands of tequila. Happy hour offerings include discounts on select appetizers such as Pancho’s nachos and toasted corn tostadas available from 10 a.m. to 7 p.m.