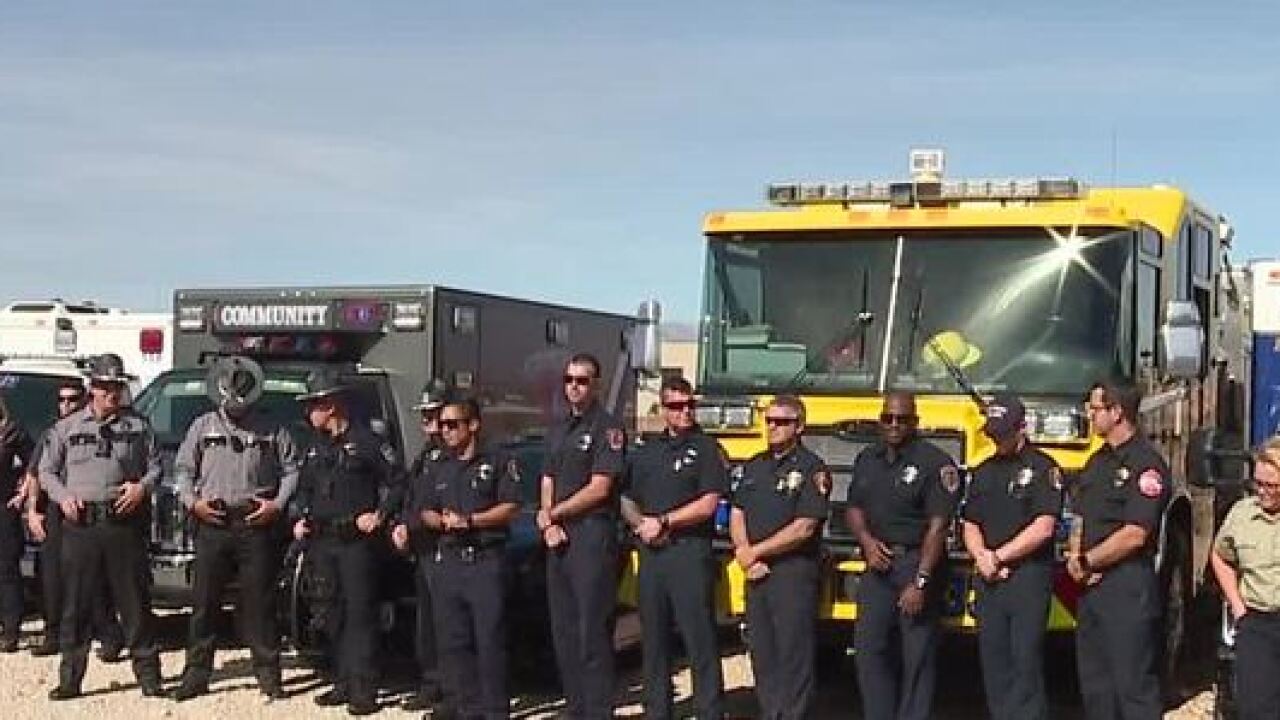 UPDATE: Artist Daniel Sundahl has finished the photo project and he shared the finished photos with 13 Action News. Sundahl is an EMT in Canada. Proceeds from the sale of the photos will go to support first responders who suffer from mental health issues related to their work. Watch the video above to see the photos.

A Canadian emergency medical technician and artist is working on a special project to capture the amazing teamwork displayed during the 1 October shooting.

They say a picture is worth a thousand words, but sometimes the words are hard to come by.

York responded to the 1 October shooting scene. She said it will be a night she would never forget. She spent hours helping people who needed her the most.

"That night when I was trying to leave [my house], getting dressed and everything, my mother was pulling me back saying 'you can't go you can't go. I see what is going on down there.'

York and about two dozen other first responders got together for a photo shoot, Tuesday.

For some, it was the first time seeing each other since the shooting.

Each responder has a story story tell. Each one is also dealing with the tragedy themselves.

For Artist Daniel Sundahl, it is his job to capture the essence of team work in a single photo.

"I want the viewer, I want their eye to move instead of just a straight line. I want them to move and look at each face and in this particular case I want them to think and imagine what was this person is like, what were they going through at the event," said Sundahl.

Sundahl works as an EMT in Canada. He has produced many works of art for his company . Sundahl said copies of his final photo of Las Vegas first responders will be sold with all the money supporting the Code Green Campaign.