Some Henderson homeowners once willing to pay extra for peace and quiet, now say they've been done wrong. 13 Investigates Anchor Tricia Kean shows us the premium lots they purchased, now offer a prime example of why you need to get everything in writing. 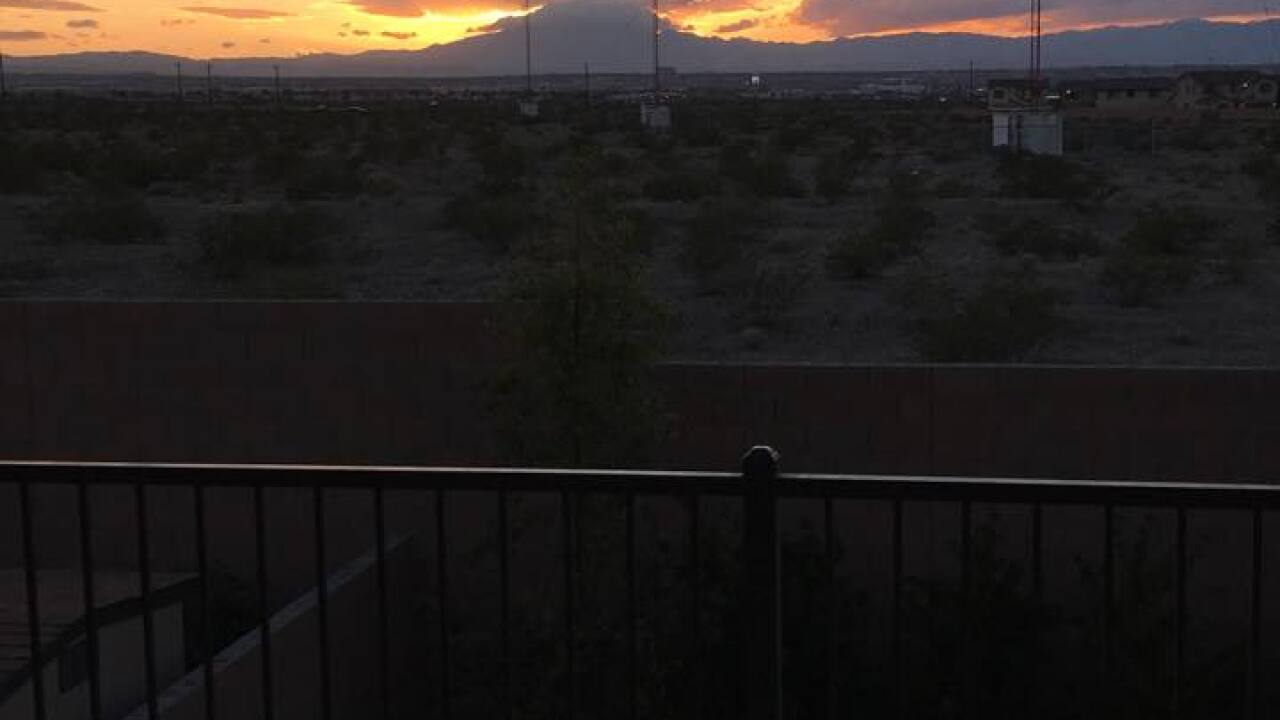 LAS VEGAS (KTNV) — Some Henderson homeowners once willing to pay extra for peace and quiet, now say they've been done wrong. 13 Investigates Anchor Tricia Kean shows us the premium lots they purchased and a prime example of why you need to get everything in writing.

Day or night, this is a view worth paying for. Some homeowners say that's exactly what they did.

They both live in Henderson's Tuscany Village neighborhood. Both say when they spoke with a saleswoman from Lennar Homes, she steered them towards buying these pricier spots.

"They said this would be much more peaceful," says Judy.

The peace and quiet comes courtesy of this empty lot, which also allows for the panoramic view.

He and Judy say Lennar's saleswoman told them the lot was used as an FAA station and had three radio towers.

"She explained that those were required to guide the planes into McCarran," says Wayne.

Judy remembers the saleswoman clearly stating, the lot and the towers would be there for a good 50 years. So Judy and Wayne decided to pay the premium for their home sites.

"Given the fact it was that quiet, that private, and I didn't have anybody looking in my backyard, I thought the premium was worth paying," says Wayne.

"That's a slap in the face," says Wayne.

Wayne and Judy double-checked their contracts, which say nothing about the lot staying empty.

"It does say in there that lot premiums are based on A: the size of the lot and B: the location. To me location is the fact this was the end of the property. It was looking out into a vacant log. Which presumably was not going to be rezoned for any foreseeable future. Now I don't have that," says Wayne.

Others feel the same and are coming forward to say Lennar wasn't forthcoming.

These homeowners say the same salesperson told them the same story, about the radio towers being there for 50 years.

"I would have never purchased on the outskirts knowing that they were going to build an entire development on that side," says homeowner, Monique Morse.

"Knowing that I'm going to have a neighbor, to look at what? My neighbor taking a shower or what? I don't know. Definitely not," says homeowner Celeste Barajas.

13 Investigates reached out to Lennar. We spoke with the corporate vice president of communications and emailed details about this case. But after multiple follow up emails and phone calls to corporate and local offices, we weren't getting a response. So we paid them a visit.

We asked for their Division President, explaining how emails into their office had gone unanswered. But we were told she wasn't in the office.

"So we're trying to advocate and problem solve and she doesn't respond. I mean how do you do business like that?" asks Tricia.

The very next day, Lennar did reach back out to us. The response, "No comment."

So here's what you need to know: If you're in the market for a home, your sales agent must follow strict guidelines.

"A Nevada licensee has certain requirements that they have to follow by law. Whether it's disclosures, providing information, certain rights that the homeowners have and it depends on the property," says Sharath Chandra, Administrator for the Nevada Real Estate Division.

His office couldn't speak specifically about our case. But they say if you have an issue involving a real estate professional, you can file a complaint with their office.

Just keep in mind a sales agent is there to do just that, make a sale. So get all major selling points on your contract.

"Each circumstance is different. But I would say anything that you are expecting, you want to see it in writing," says Chandra.

In the end, you really need to do your own homework on the neighborhood. Research online and talk to neighbors.

Otherwise, you could end up paying a premium that's just not worth it.

"If someone is going to build a two-story lot with no setbacks right in my backyard, I've lost privacy. I've lost the view and the only thing I've got left from my premium is the airplanes going over the top. That's all I have left and to me, that's not right," says Wayne.