Brides taking unconventional step to save on wedding 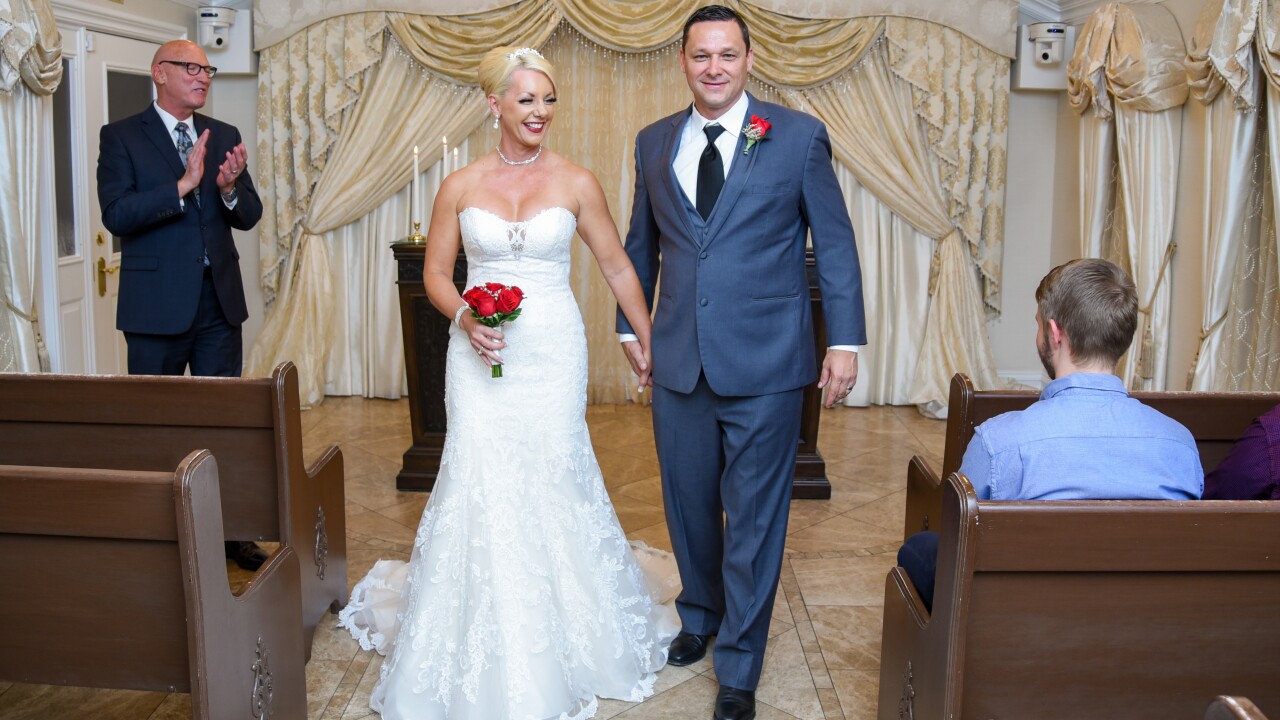 Chapel of the Flowers
Wedding Day

LAS VEGAS (KTNV) — It's the day many dream of. Walking down the aisle in front of family and friends and taking your partner's hand in marriage. But making that dream into a reality isn't cheap. 13 Consumer Advocate Tricia Kean looks at a hot new trend that's saving couples a lot of money on their wedding day.

"I cried when I bought the ring. I'm sure I'm going to cry when I see her in that dress," says Richard Shaw.

Richard and TrinaMarie are tying the knot in April. They have big ideas for their special day, including what they plan to wear.

"I wanted to do something kind of flashy," says Richard.

He isn't alone. His bride to be is planning to wear not one, but two dresses on their wedding day.

This couple has found a real cost-effective way to wear what they want, without forking over thousands. They're renting their outfits.

"You're only going to wear the dress one time," TrinaMarie.

The couple are renting from Creative Bridal Wear.

She and Kelly Bain are co-owners of this shop on Dean Martin near West Flamingo, where you can rent tuxedos, a dress for the bride, bridesmaid and the flower girl. The bridal gown package even includes rental shoes and a veil.

The partners say demand has grown so much, 75% of their business is now in rentals.

"A lot of times you'll buy your gown and then you put in the closet and wear it one time. So then they're here six months later, trying to sell it," says Kelly.

She says more and more brides find buying a dress just isn't practical. Especially when they can find exactly what they want for a fraction of the price.

"We are able to take them in, in certain areas and hem them, and do certain things to them, to give them that exact fit that they're looking for," says Kelly.

Of course accidents happen and some brides just aren't careful. So renters must sign a waiver acknowledging they were shown exactly how to care for the dress.

The day we visited the shop, we spoke with numerous brides planning to rent.

"I don't want to pay thousands of dollars for a wedding dress. So I thought renting would be a good idea," says bride-to-be Karissa.

"You have so many pictures and other memories that preserve that dress for you, instead of keeping it in a box in the closet. It's definitely economical," says bride-to-be Bianca.

"The dress is beautiful. So I'm still getting everything that I want. I'm just not paying the higher ticket price to get it," says TrinaMarie.

"The other thing is if you love what you see, you can buy it here too. So you have the best of both worlds," says Richard.