Here are some tips on how to save money when cooling your home during the hot summer months. There are at least 4 things that you can do. 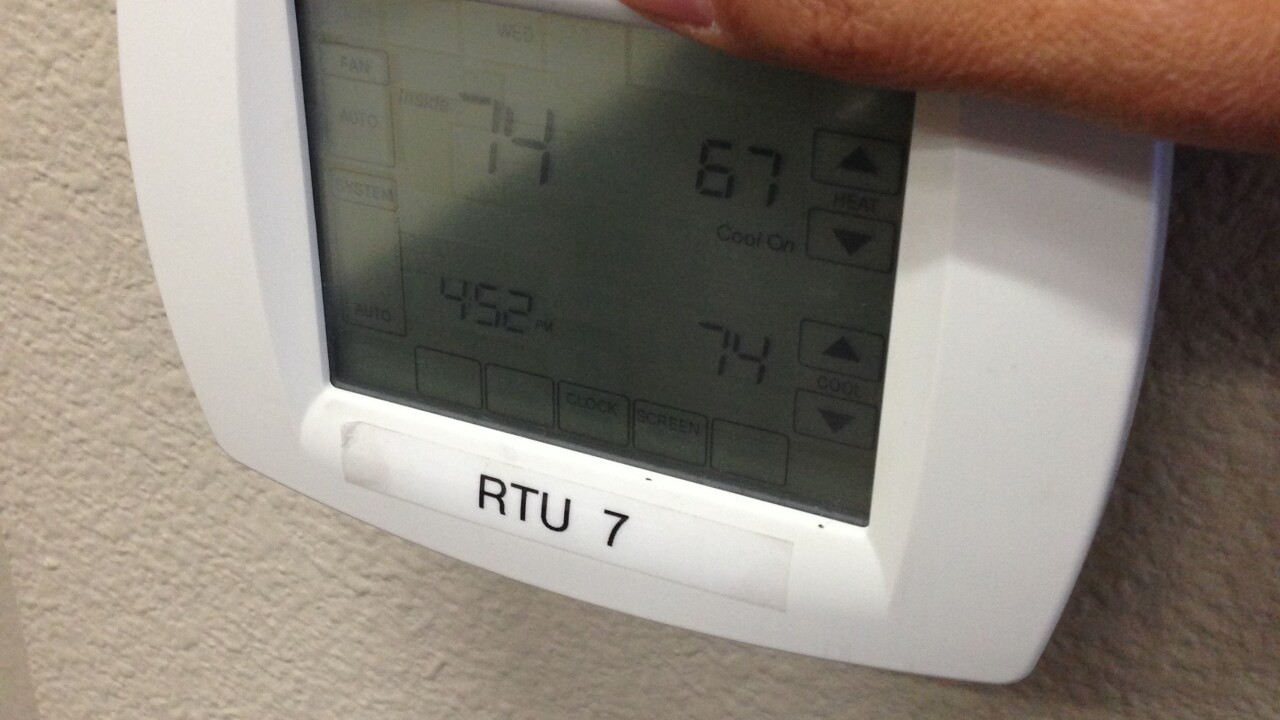 LAS VEGAS (KTNV) — Time to crank up the air conditioning. The high could reach 109 today. That's bad news for your electric bill. But it's not totally out of your hands. This morning, Contact 13's Tricia Kean has money saving tips for running the A/C.

"We just want to make sure everything is good," says valley homeowner Brandi Marler.

She's not taking any chances with her air conditioning.

"Over summer (she snaps) like that. Something can break and you're out of A/C. With three children, a dog and a husband it's too hot in Vegas," says Brandi.

"We will find a small little problem, before they become bigger problems... Unfortunately, it's usually something small that takes out something large," says Ricky.

Another tip: change your air filters. Ricky says a clogged filter makes your A/C unit work that much harder.

"If you were to try to talk to me and I put my hand over your mouth and tell you to breathe, you can't do it. The same thing happens to your system," says Ricky.

So change your filters every couple of months.

Ricky says it's also important not to set your thermostat too warm. Many homeowners tend to set the air at 80 degrees while they're at work, in order to save on their power bill.

"And now your air conditioner is just working that much harder to cool your house back down," says Ricky.

So Ricky says leave the thermostat at a comfortable temperature.

"A common question we always get is what temperature? What temperature should I keep it at? To be honest, there's not a temperature. It's what you're comfortable at," says Ricky.

One last tip, update your equipment. Sometimes homeowners find it's just too warm in the house. That might be because it's warmer than you think.

"Once you go digital, it's going to be more accurate. So you get a more accurate temperature reading in your house," says Ricky.

In the end, this visit is going to cost Brandi more than expected. It turns out she needs a new part. She's willing to pay a little more now, to avoid paying more in the future.

"Goes to show you don't know what's going to happen. Is it more expensive than I thought I was going to have to pay, of course. But it helps in the long run," says Brandi.