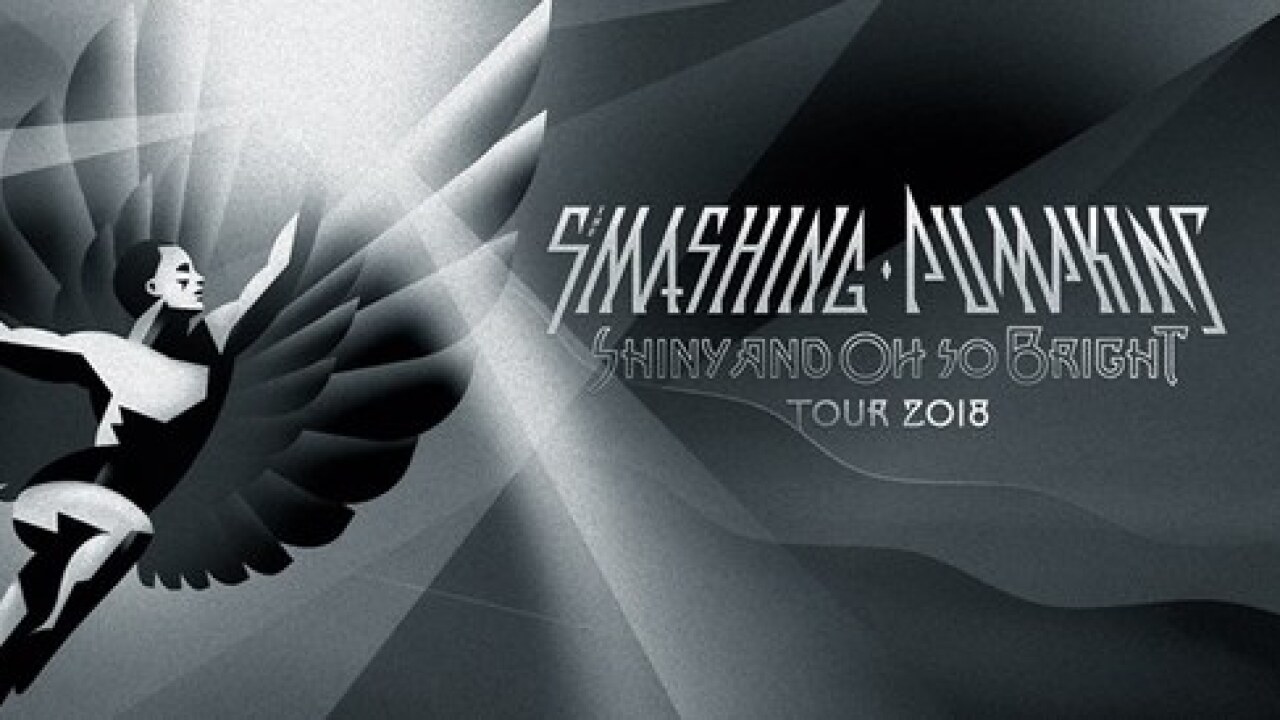 Copyright 2018 Scripps Media, Inc. All rights reserved. This material may not be published, broadcast, rewritten, or redistributed.
Tim Mantoani

The Smashing Pumpkins have announced their first tour in 20 years and they are coming to Las Vegas!

The alternative rock pioneers will perform at T-Mobile Arena on Sept. 2. Tickets got on sale at 10 a.m. Feb. 23.

The tour is named "Shiny and Oh So Bright Tour." They broke the news of the tour with a dramatic video featuring original "Siamese Dream" album cover stars Ali Laenger and LySandra Roberts.

The Shiny And Oh So Bright Tour, which coincides with the 30th anniversary of the band’s formation, will highlight music from the group’s inception through 2000, and will exclusively feature material from their groundbreaking debut Gish through Siamese Dream, Mellon Collie and the Infinite Sadness, Adore, and Machina. Longtime Smashing Pumpkins guitarist Jeff Schroeder will also take part, as the band moves to a three guitar lineup to better emulate the signature tones and textures of their albums.