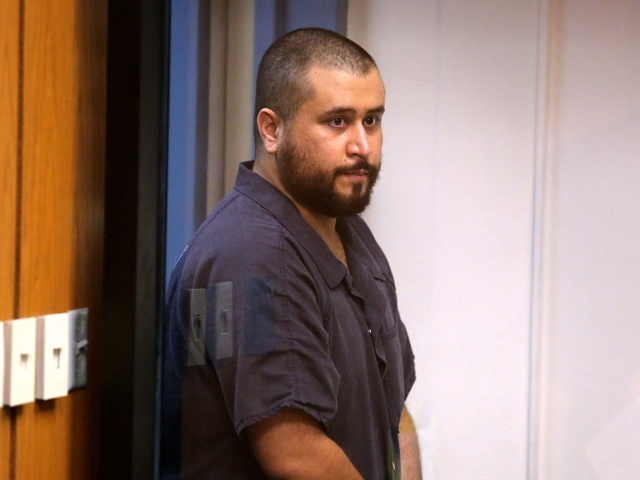 <p>George Zimmerman, the man who shot and killed Trayvon Martin, told&nbsp;<a href="http://www.thedailybeast.com/articles/2016/05/17/george-zimmerman-taunts-trayvon-martin-s-parents-they-didn-t-raise-their-son-right.html" target="_blank">the Daily Beast</a>&nbsp;that Trayvon Martin&#39;s parents &quot;didn&#39;t raise their son right.&quot;&nbsp;</p><p>When asked about Martin&#39;s family and selling the gun he used to kill Trayvon, he said, &quot;Sure, I&#39;m sorry for any parent that has lost a child ... That being said, I also believe it&#39;s their duty to have an internal dialogue to see what they should have done better. ... They didn&#39;t raise their son right.&quot;</p><p>Since his acquittal, Zimmerman has been in the news for one scandal after another from his original Confederate flag painting sold in the&nbsp;<a href="http://time.com/4001437/george-zimmerman-confederate-flag-painting/" target="_blank">&quot;Muslim-free gun store&quot;</a>&nbsp;to his&nbsp;<a href="http://www.cnn.com/2015/01/10/us/george-zimmerman-arrested/" target="_blank">arrest on suspicion of domestic abuse</a>.</p><p>&quot;It&#39;s time to move past the firearm, and if I sell it and it sells, then I move past it,&quot;&nbsp;<a href="http://www.fox35orlando.com/news/local-news/140127772-story" target="_blank">Zimmerman said.</a>&nbsp;</p><p>Last week, Zimmerman made headlines for attempting to auction off the gun he used to shoot and kill Martin. After one site deemed the auction inappropriate and took it down, the item was picked up by another. The bidding currently sits at&nbsp;<a href="http://www.orlandosentinel.com/news/trayvon-martin-george-zimmerman/os-george-zimmerman-gun-auction-live-20160517-story.html" target="_blank">more than $137,000.</a>&nbsp;</p><p>Zimmerman told the Daily Beast he wants to use the money to fight the Black Lives Matter movement: &quot;I would take that money, and I would make sure that every law enforcement officer and every single civilian who is affected by the Black Lives Matter fraudulent, violent campaign those officers, those civilians, their entire families were made wealthy beyond their wildest imaginations.&quot;</p><p><a href="https://www.washingtonpost.com/news/post-nation/wp/2016/05/12/trayvon-martin-family-attorney-george-zimmerman-gun-auction-insulting-and-disrespectful/" target="_blank">The Martin family&#39;s attorney said&nbsp;</a>last week that &quot;the family does not want to dignify this with a response&quot; when asked about the gun auction. So far, they&#39;re treating these latest comments the same way.&nbsp;</p><p><i>This video includes images of Getty Images and clips from&nbsp;</i><i><a href="https://www.youtube.com/watch?v=cSVuh_8-VQs" target="_blank">Florida Gun Supply</a></i><i>,&nbsp;</i><i><a href="http://www.fox35orlando.com/news/local-news/140127772-story" target="_blank">WOFL</a></i><i>&nbsp;and&nbsp;</i><i><a href="https://www.youtube.com/watch?v=lhRXmuZano8" target="_blank">ABC</a></i><i>.</i></p> 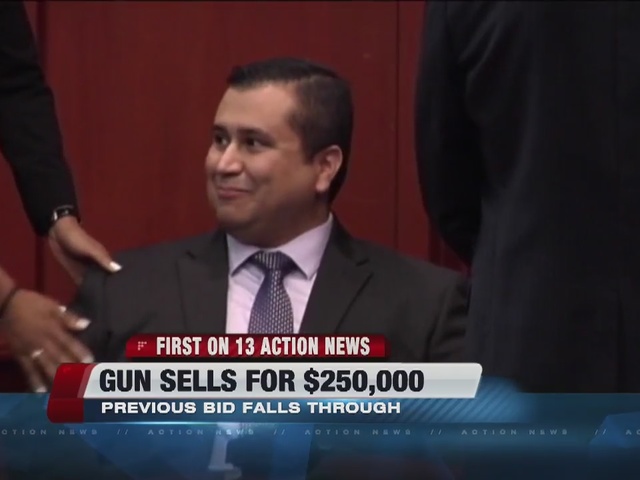 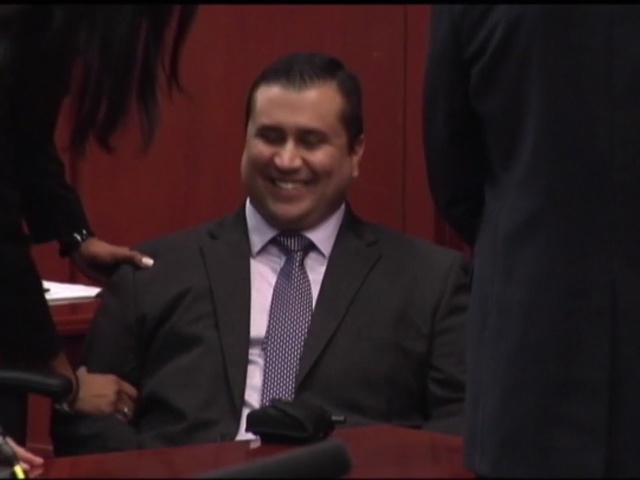 UPDATE: George Zimmerman received a higher bid for the gun used to kill Trayvon Martin. Zimmerman told a KTNV staffer that the bid he is accepting is $250,000. This is a developing story and more details will follow.

TMZ had reported that George Zimmerman has sold the gun he used to kill Trayvon Martin for $120,000.

The outlet says seven bidders participated in the process and that the winner is anonymous per the site’s rules. The sale is pending verification of the winner’s funds.

Zimmerman shot and killed Martin in Florida in February of 2012. Martin was unarmed at the time, carrying only a bag of candy and an iced tea. Zimmerman was ultimately acquitted of second-degree murder in 2013, sparking outrage across the country.

Zimmerman tried to sell the pistol used in the shooting last week on GunBroker.com. The site later took down the posting, saying it wanted “no part in the listing on our website or in any of the publicity it is receiving.” He also put the gun up for sale on United Gun Group, but spam accounts quickly drove up the bidding to north of $65 million.

Zimmerman has also said that he will donate a portion of the proceeds from the sale to groups that oppose the Black Lives Matter movement, as well as groups opposing Hillary Clinton.