Silver for Hernandez, bronze for Biles in women's balance beam 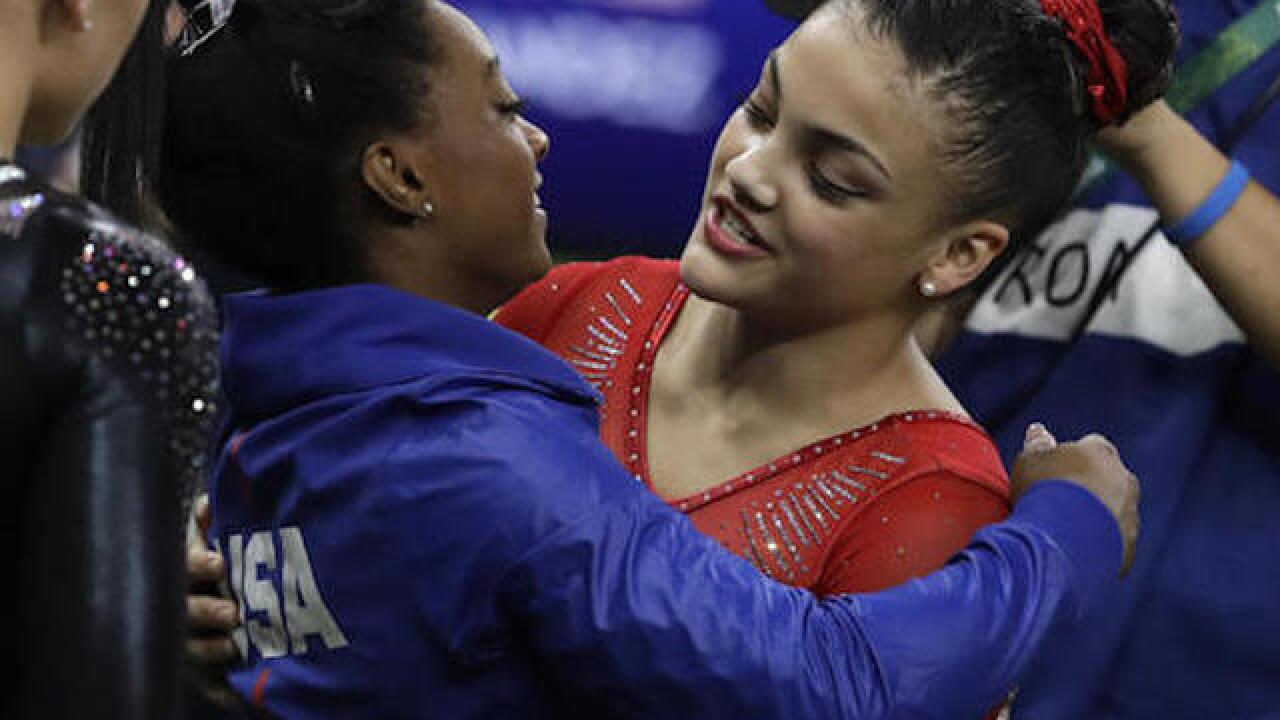 RIO DE JANEIRO (AP) — Simone Biles' run at Olympic history hit a roadblock on Monday when a mistake on balance beam kept the American gymnastics star from a record-tying fourth gold in Rio.

The 19-year-old was in the middle of her routine when she landed awkwardly while completing a front somersault. Her right foot slipped and she reached down with both hands to steady herself. She rolled her eyes as she waited for her score of 14.733 to be posted. While it was still good enough for bronze behind gold medalist Sanne Wevers of the Netherlands and silver medalist Laurie Hernandez of the U.S., it also means Biles' bid to become the first woman to win five golds in a single Olympics is over.

Already a three-time gold medalist (all-around, team and vault) when she walked onto the floor on Monday, Biles was a favorite on beam as the reigning world champion. She topped qualifying last week and had just completed the most difficult part of her routine — a tumbling pass that stretches the length of the 4-inch wide slab of wood — when she missed the landing following her punch front flip.

The mistake opened the door for Wevers, who put together an elegant set to earn a 15.433. Hernandez, who helped the Americans to team gold last week, followed with a 15.333 to give the "Final Five" seven medals overall in Rio.

Biles will get another shot at gold on Tuesday in the floor exercise final. She's attempting to join Larisa Latynina, Vera Caslavska and Ecaterina Szabo as the only women to win four golds during an Olympic meet.

The silver medal was a bit of redemption for Hernandez, who has been battling a minor injury and was held out of the all-around competition.