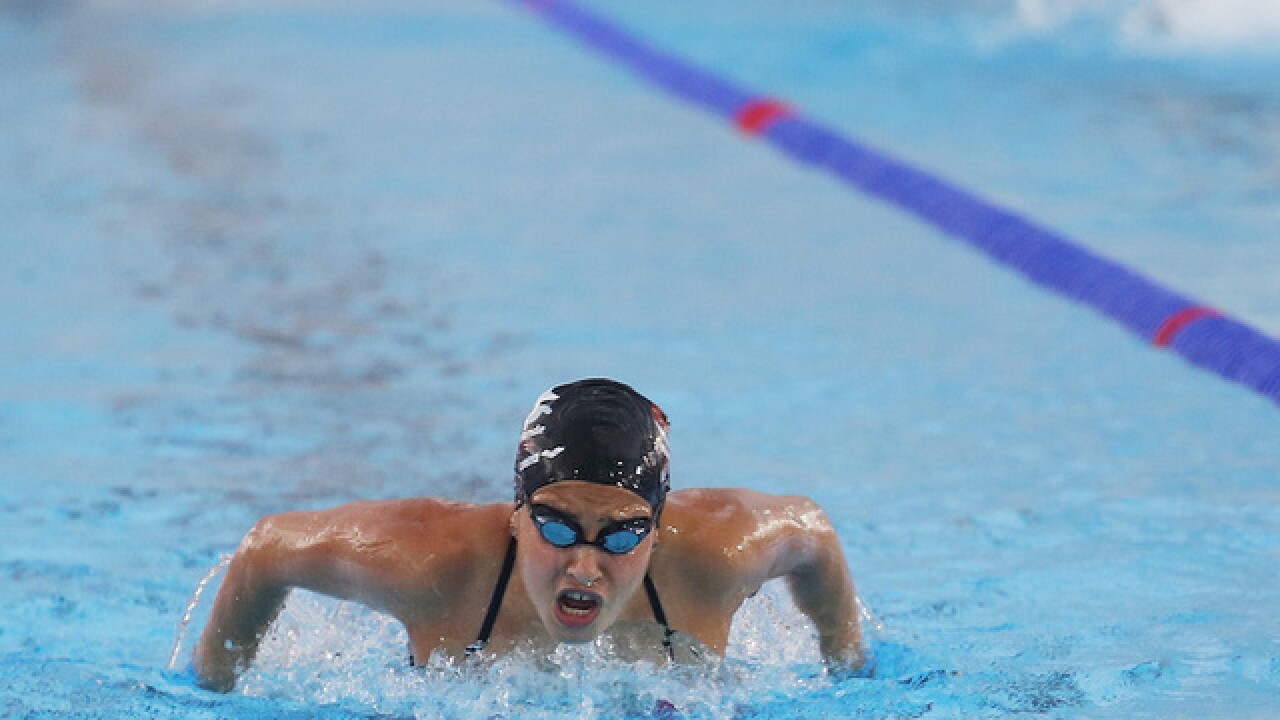 Mario Tama
<p>Olympic refugee team swimmer Yusra Mardini trains at the Olympic Aquatics Stadium ahead of the Rio 2016 Olympic Games on July 28, 2016 in Rio de Janeiro, Brazil. Mardini is a refugee of war-torn Syria. She survived part of the dangerous journey, from the Turkish coast across the Aegean Sea to Greece, swimming to help ferry their overloaded inflatable dinghy across open waters as most other passengers could not swim. The International Olympic Committee will for the first time have a team made up of stateless refugees. </p>

The Rio Olympics officially begin today with an opening ceremony, slated for 8 p.m. Eastern. Here are three things to know as the games get going:

Phelps to carry flag
It's a big deal to be selected to carry your country's flag in the opening ceremony of the Olympic Games, and the United States chose swimmer Michael Phelps to do it for us — well, really, his teammates picked him to do it. Also during the ceremony, look for the release of doves or other birds: It has been tradition as this is considered a symbol of peace and freedom. In recent Olympic years real birds haven't been used (following a mishap at the 1988 Olympics in Seoul, South Korea when birds were released prior to the lighting of the Olympic cauldron and, well, some of those birds didn't survive).

Refugees are competing for the first time
A group of 10 competitors called Team Refugee Olympic Athletes will represent 60 million people in this year's Olympic Games. On the team are two swimmers from Syria, an Ethiopian marathoner, two judokas from Congo and five runners from South Sudan, according to the Washington Post. In past Olympics, refugees have competed as individuals. This is the first time there's been a team. The 10 athletes were selected from 43 potential candidates.

So much to see
With an unprecedented 4,500 hours of Olympic games to watch, viewers without cable television have a few options of where exactly to see it all. NBC is offering a live-stream, which is visible for a half-an-hour before viewers must pay for the rest. Apps that feature cable networks, such as Sling TV, are a cord-cutter's best bet for full access. PlayStation Vue users are also in luck because they have access to all the channels that are airing games, according to wearemel.com.